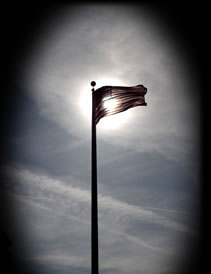 Pray for humanity if you cannot attend. Pray for our youth!

UPDATE: 1:15PM (PST) PROTESTERS NOW HAVE 50,00 TWEETS FROM OVER 10 COUNTRIES INVOLVED IN THE PROTEST. STOCK MARKET HAS CRASHED TODAY. 7 ARRESTS HAVE BEEN MADE. PROTESTERS ARE ASKNG THAT ANYONE FILMING PCTURES OR VIDEOS TO BE RELEASED ON YOUTUBE TO PLEASE GET PERMISSION FROM THOSE YOU FILMED TO RELEASE THE VIDEO, AND LATER TO BE USED IN COURT IN THE PROTESTERS DEFENSE.

“The numbers pushed the limit when citizens saw other citizens actually get involved.”

Protesters are sitting on the “wall”, and police are asking them to get off of the wall. Protesters gladly remove themselves. Local restaurants and shops in lower Manhattan have helped the crowds. One Pizzeria donated 2800 pizzas. Others are donating water, juice, and support to the Wall Street Protesters. Protesters are being civil, even though the police have blocked off Wall Street, but no one is getting arrested. Apparently there are 300 protesters holding their ground and speaking every few minutes from the microphones. The LIVE FEED tends to go down now and then, but the Twitter boards are lit up with lots of love and support!

I will continue to report on this story, as I am moved and incredibly inspired by the activists for freedom.

WHAT CAN YOU DO TO HELP?

1. Join the Twitter feed on the LIVE STREAM site. Give them your support, as well as pass information around, as the protestors need us to communicate the Revolution that is NOT being Televised by mainstream networks.

2. Go to the LIVE STREAM SITE and sign in. They also have there own stream for communicating with one another.

3. IF you live in NYC, get down to WALL STREET, and do it now. Bring food and drink, and of course your activism smile, and a peaceful handshake.

BE A PART OF THIS REVOLUTION. IT IS THE FIRST OF IT’S KIND, AND IT WILL NOT BE THE LAST!!!

One thought on “Occupy Wall Street: How the public can AID protesters Breaking News”