Major Marches of Occupiers Occurred All Over NYC 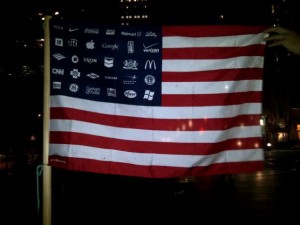 Thousands of demonstrators protested in NYC yesterday and became chaotic at times, with riot & cavalry police in some areas. Police seem to continue to overact towards the peaceful protesters, but in my opinion, out of fear of the large crowds. For instance, some were arrested at Washington Square; several people were arrested inside Citibank; some were also arrested in front of the theatre at Times Square for either refusing to disperse or for trying to take down police barricades; a few were arrested at 46th and 7th; Some at a Chase bank were also taken into custody, but 46th street was opened to protesters, as they cheered. A bigger march occurred at 42nd street. This video shows the large crowd last night (Saturday, October 15th)