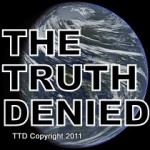 Bank of America caves on $5 Fee, along with JPMorgan Chase, Wells Fargo, Regions Financial Corp, Citibank, PNC Bank, TD Bank and Citizens Bank who all confirmed that they would not implement debit card fees.

Ironic that institutions like Bank of America announced on Tuesday that “We listen to our customers, and we must do what is right for them.”  Oh please, the public is savvier than that.

The fact of the matter is that a petition against the monthly fees received over 300,000 supporters, and with the addition of leading Bank of America’s competitors backing out from additional fees, Bank of America was actually pushed into surrender.  And hopefully pushed over the cliff. Public backlash and protesters, including that of Occupy Wall Street are thought to be the sole reasons that the corporate giants finally backed off.

Thousands of customers are celebrating the fact that they’ve won the battle against debit card fees but it doesn’t stop there. Many have already jumped ship to a credit union or local bank and will continue to do so this month. It remains unclear whether eliminating debit card fees can recoup the customers that the ‘banksters’ have lost, and will they be able to  regain trust from customers who’ve been wronged?

Probably not going to happen, as November 5, 201 is “National ditch the big 5 “ day, where customers of the big banks close their accounts and move to safer harbors such as credit unions and smaller local banks. This is indeed the beginning of the revolution, one that will not stop until the Federal Reserve, a privately owned bank Corporation, is shut down, and shut down for good.

In the meantime, props to all who stood up against this absurdity, and for changing the outcome practically overnight.  WE THE PEOPLE surely need to continue our protests and exposure of the matrix of Lies known as The United States of America. In the meantime, I prefer to spend my five dollars on a foot long Subway BLT.