How the weather is traded on the stock market and is it related to Geoengineering?

At the moment we are all being bombarded with a series of stories being released on the internet connecting weather to the stock market.  Fact is, weather has always been a part of the trading landscape and customers of brokerages and major corporations have traded the weather for years via weather derivatives, commodities, insurance vehicles, hedge funds, etc.  So what is the disturbance  all about and why are folks around the world getting all fired up about this concept?  Isn’t this just one more pathetic greed factor attributed to the onslaught of corporate greed and  ” little concern for the bulk of humanity” syndrome? You think that we would all be used to the abuse by now, right? 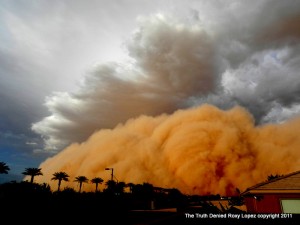 Seems that the players are the same, but the game itself has changed. Please allow me to give you just one example of what corruption lies ahead of us all. First let’s take a short but painful trip down memory lane.

Here is the scenario.  In 2010, geoengineers proposed atmospheric geoengineering to control the climate by spraying 10-20 million tons of Nano sized Aluminum particulates into the stratosphere each year for the purpose of deflecting sunlight to mitigate Global Warming, which turned out to be a scam.As we witnessed the daily assaults on our skies of visible white lines , plumes  and giant white  X’s that seemed to became apparent  worldwide, we became concerned  and began to ask questions with fingers pointed to the sky. The chemtrail phenomenon or conspiracy soon turned into a geoengineering fact, and a real environmental concern. We discovered through research that Aluminum, Barium and Strontium were the toxic metals being sprayed by unidentified & unmarked jets, leaving our skies cloudy and milky white for the remainder of the day. Meanwhile, from coast to coast summers were being blacked out by these aerosols, and weather became unpredictable along with thousands of reported illnesses associated with these heavy aerosols “spray days”. And we were told that we were ‘crazy’ and  that “it was just plain old jet exhaust”, and those diseases like Morgellons was not real and that we had all lost our minds, just move along now. Katrina, Fukushima, fish kills, draughts, floods, and all the rest of the disasters were just natural, mere coincidences, and a sign of the times, right? Someone is making money off of these catastrophic events.  Who?

Meanwhile, back at the stock market, billions of dollars in weather derivatives were being traded by the owners of our weather.  Well not exactly.  (Weather derivatives   are financial instruments (options, putts, futures and options on futures) that  everyone can buy that either pay off or don’t pay off according to recorded atmospheric conditions such as temperature and rainfall.  These instruments are mostly traded on the Chicago Mercantile Exchange (CME).  They are also traded on smaller Over the Counter (OTC) markets.)   I am however convinced that geoengineers control the weather, and corporations make a ton of dough based on the theory of “betting on the weather”. Some call it gambling. I call it greed!

Ever hear of a CAT bond?

Cat bonds are sold to help reinsurers transfer the risk of future disasters to capital markets. In return for assuming the risk of earthquakes and hurricanes, investors such as hedge funds can earn a high yield. Catastrophe or cat bonds pay interest just like any other types of bonds. They are typically sold by reinsurers who are looking to limit big losses from multiple disasters. If there are a lot of big catastrophes, cat bonds can be triggered and investors in the securities can lose their principal and interest. However, this has rarely happened and my question is why?

To read more on the derivative market and how it works, read “Weather derivatives evolve as risk mitigation device”

When we asked Mark McCandlish what he thought about the theory he had this to say.

“And of course the unmentioned writing on the wall is, someone or some agency is engineering weather disasters in predictable ways and that having “insider” foreknowledge can be used to position one’s investments to take advantage of weather disasters!  Create a super-storm, guide it, and then bet against the insurance carriers in the area that will be devastated!  The same can be said for timber harvests blocked by environmental lawsuits.  Create a thunderstorm by seeding the atmosphere with highly conductive Aluminum Oxide Nano particles, (which also raise its electrostatic potential), drop 5,000 lightning strikes in the Aluminum Oxide-saturated, and target forest to cause an unstoppable forest fire. “

That’s one theory, one in which I tend to agree with.

Howard Axtell commented that  “If they are in fact dealing in weather commodities, which they probably are, then they are already at war with each other. Just like trademarked GMO processes, they are already fighting major “legal” battles over patent infringement. Court battles galore. The basmati rice bio piracy lawsuits are interesting and just the tip of the iceberg. It is only the beginning of the fierce battles over who owns and controls how much. Food, air, water & energy, all “commodities”… or in plain language: money/power/control. Just maybe, weather control could play a large part in those ya think? Don’t we all just hate common sense predictions? They’re just too easy.”

Michael Murphy spells it out in his new promo “Why in the world are they Spraying?”

Face it, someone owns the weather, someone controls our weather, and someone is making a whole lot of money on the weather. The Truth Denied will have a letter drawn up in the next few days for anyone and everyone to send out to their representatives regarding this issue.

Drop by www.thetruthdenied.com for more details, because we intend to go after the bastards!

Howard Axtell did add this final thought, so thanks Howard.

“Exposure is the key. The only fear they have that can’t be bought off. Also, the key to successful advertising. Word of mouth. Proof of value. Integrity or the lack of.”

So be prepared, in our next segment, we are going to expose some of the major gamblers of weather derivatives.

Get ready to do some letter writing!