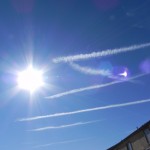 U.S. Senate Bill S601(introduced by Senator Kay Bail Hutchison-Texas), was not passed by the U.S. Senate in 2010. Senator Hutchison has introduced a version of this bill each year since 2005, and the public has lobbied successfully to stop passage. It is highly likely that Senator Hutchison will again introduce this bill in the Senate in 2011. This bill allows anyone to mitigate or modify your weather without public notification, consent, oversight or debate. This bill could also be added as an amendment to other legislation and passed. The implication for agriculture, watersheds, water supplies, and who will receive the benefits or the negative consequences are hidden from public view. In the early decade of 1990-2000, witnessed many advances in the airborne instrumentation, radars, flares and softwares. The South African cloud seeding experiment was carried out during 1991-1995 with new technology. The results showed statistical increase in rainfall in all types of clouds (i.e. small to large). This gave impetus to cloud seeding research in different parts of the globe. Some of the important programmes carried out and in the process are: Mexican Experiment: 1996- 1998; United Arab Emirates Experiment: 2001-2004; Italy Experiment: 2004-2005; Indonesian Experiment: 2005; Wyoming Experiment: 2005-2010; Southeast Queensland?? Cloud seeding Experiment: 2008-2010.

>>>While aerosols have been studied for a long time, it was not until the early 1990s that the role of aerosols in climate was widely recognized. Aerosols were identified as a central missing component in most general circulation models that simulated climate changes. It was an “Exploratory phase” of aerosol research. It produced many new findings. Cloud Aerosol Interaction and Precipitation Enhancement Experiment (CAIPEEX)

>>>2010 What If It Was Reported that they Were Spraying Aluminum by Michael J. Murphy-Check U.S. Navy CARE Experiment 2009.pdf

Cloud seeding is NO secret. By now you have read all about cloud seeding and what it entails.

Part of cloud seeding is the use of : identifiable signatures of hygroscopic seeding in polarimetric observables or derived fields in conjunction with PYROTECHNIC Flares. All pyrotechnic chemical compositions contain an oxidizer component and a fuel component. Additional ingredients that are present in most pyrotechnic compositions include binding agents, retardants and waterproofing agents. Smoke dyes and color intensifiers are present as required.

Good old Bill is even jumping into the money bomb!

“The problem is the storms come up so rapidly,” said Gray, a professor of atmospheric science at Colorado State University. “You only get two to three days warning. It’s very difficult to bring up enough cold water in two to three days to have much effect. There is no way to stop it. The storm might weaken in the center, but the outer areas wouldn’t be affected much.”

“The chemistry of the various cultures has been under study in more detail of late, and the following assessments can be provided at this time:

1. The culture flourishes in an acidic environment. Most biochemical processes take place within relatively narrow and defined pH ranges. As such, the acidic nature of the growth medium has increased in importance in the evaluation of the growth. Conversely, it is proposed at this stage that an increase in alkalinity in the growth medium is likely to be less favorable to the growth process. This hypothesis is eventually to be tested in detail, but several months will likely be required to detail that problem.

2. Conductivity testing indicates that the conductivity of the growth medium increases substantially in correlation with the age of the culture. This indicates that an increase in the ion concentration of the growth medium has occurred as the culture matures. The growth of the filament stage of the culture usually passes through three color phases during maturation : white, green and eventually black. The full growth cycle can commonly take two to three months to complete.

3. The pH of the culture medium itself (red wine) does not appear to significantly change during the growth process. When this information is coupled with that of the conductivity report above, it can be established that the H+ ion or the OH- ion concentration does not appear to change substantially during the growth process. It does remain clear, however, that the growth propagates strongly within an acidic (increased H+ concentration, specifically red wine) environment.

4. The increase in conductivity beckons for the determination of what ion species change as a function of growth, i.e., if not the hydrogen or hydroxide ion. A series of qualitative chemical tests of the affected culture medium vs. a control of original red wine have been conducted. Although the work is of a preliminary nature, it does appear as though certain ions of importance have been identified. The initial assessments at this stage are that:

a. There are indications of an increase in the chloride ion concentration (Cl-) with the age of the culture.

b. There are indications of a decrease in the iron ion concentration (Fe2+) with the age of the culture.

5. It appears that the chlamydia-like organism ( a focal point of the biological research underway) can use the ferrous ion as a source of nourishment. This assessment is reached both through qualitative chemical ion analsysis and by direct observation of the culture development.

There are likely to be significant biological ramifications that would accompany such chemical changes, should these analyses be borne out in time; these are to be discussed at a later point if they are further confirmed. It is reasonable to expect significant biochemical changes in conductivity or ion exchange within the human organism. It is also germane to state that iron is essential in the production of hemoglobin, and that degradation of red blood cell integrity has been a primary subject of research for some time now. It can also be stated that a decrease in iron levels can lead to increased fatigue and immune suppression.”

Use these tools , proof, patents and history when you hit the ground running in the streets  OR in a local county courtroom!

Best Of Luck to all of you!

2 thoughts on “CHEMTRAIL Patents : The Ultimate sword in Activism”