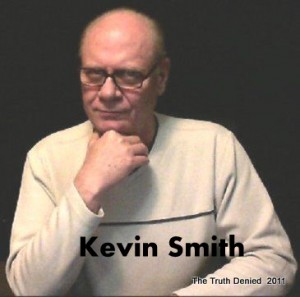 Our correspondent begins by reiterating a past show regarding the NDAA the 2012 National Defense Authorization Act!!!

Kevin Smith continues the conversation regarding the Terrorist Watch List, which Kevin explains in depth what this means to you and I as citizens, civilians of the USA.

Kevin explores parts of the meaning behind the 1867 Senate Bill that Obama will soon be putting into law in the United States, and he alerts us the entire alarming resemblance hit has to the NAZI Germany Hitler Regime Agenda.

This is not a dress rehearsal folks, this is the End Game.

He advises us all to not only get acquainted with this bill, but to educate those around us and get ready to give up all you have to fight for our freedom in this country.

Kevin stated at one point “Americans need to learn how to say NO, no more”.

Kevin feels that we are headed into the ‘Fourth Reich Regime’, the end of most of our freedoms, including the right to free speech. He encourages the public and the listeners to set out to preserve our freedoms by any means possible, and to prepare for the the fact that, ” our constitutional rights are dissolving quickly, and in order to reestablish the Constitution, we must UNIFY our camps under one umbrella of  FREEDOM.”

“A good example of this is  how the  The Richmond Virginia Occupy movement has recently joined up to support the Richmond Tea Party!”  Bernard Alvarez of Roanoke, VA Occupy

Kevin further shared the “dangers of losing Alternative media, the possibility of the government shutting us all down , clearly defined in the 1867 Senate Bill.”

“If we disagree with the government from here out, then we are defined as domestic terrorists”. There will no gray area here folks. “

Kevin is also known as an author, and public speaker, with a reputation for intense logic and absolute fearlessness presentation of the facts.

The Truth Denied Talk Radio Show is an open to the public forum.

2012  will be a year of expansion as well as  Seminars  regarding Chemtrails & Geoengineering AWARENESS,Activists tools for ordinary citizens,Documentaries, and UNIFICATION with other world activists to form a Community Alliance  for all of humanity to become educated and empowered.

PLEASE keep in touch, share the words  you read,the shows you hear, and most importantly,DO NOT BE AFRAID.