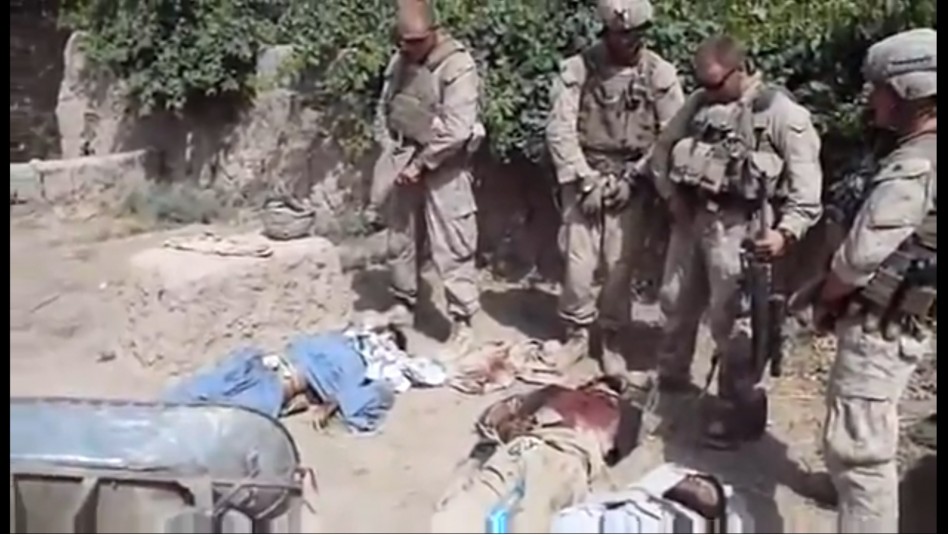 “Snipers don’t pose for pictures at all, especially when urinating! There are some problems with this picture. These men are NOT special forces. SF do not wear identification badges nor do they  pose for pictures, ever. They work in anonymity and they are professionals. Even though, in the picture, notice a sniper rifle, snipers don’t expose themselves, especially not their faces for a picture. I have my doubts that these men are even American. Also, the ‘stream of urination’ is indistinguishable. It is not a normal ‘urinating’ gesture. They are obviously posing. Snipers are ‘marked’ men and do not want their picture taken, because if they get caught, they’re dead. A cocky sniper is a dead sniper. These weren’t professional military men, even though it’s hard to say EXACTLY what was going on before this picture. No one knows what happened except the photographer and the people in the picture. Personally, the opinion is that it’s propaganda.”

Written by an x-military man who wishes to remain anonymous. He however did ask that we publish this to The Truth Denied.