The Time to Rise Up & Unite is NOW! 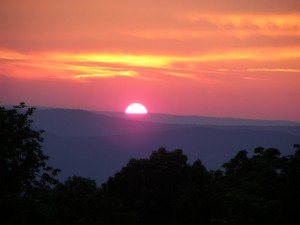 EVEN NOW that the 2012 National Defense Authorization Act has been passed, there is yet another “Act” on its way-The Enemy Expatriation Act, also known as HR 3166 and S. 1698
Joe Lieberman (I-CT) and Charles Dent (R-PA) sponsored this bill! With this Enemy Expatriation Act, our leaders would have the power to take away your citizenship if you are considered “hostile” against the United States. Basically, your nationality would be ripped away if it is assumed that you have been “engaging in, or purposefully and materially supporting, hostilities against the United States.”
Here’s the article from the “People’s Voice”

Citizenship in the United States is a matter of federal law! So, by stripping it away, they would be breaking the law! Furthermore, the law prohibits the taking of your citizenship against your will! Under the Naturalization Act and the Fourteenth Amendment, “Citizenship is his birthright and neither the Congress nor the States can justly or lawfully take it from him” Moreover, there are specific policies in place for taking away someone’s citizenship, especially if you are a natural-born citizen. One of which is treason. More specifically, it’s “levying War against (the United States), or in adhering to their Enemies, giving them aid and comfort” [Article 3: Section 3~US Constitution]
HOWEVER, it’s NEVER too late! It time to unify, because, believe it or not, the corrupt system is desperate and broken! Our “powers that be” are getting messy and from what I’ve found, they cannot even write or even read their own work without outside assistance. Your job now is to unify, write and share what you know, don’t stop~persist! The more of us that speak out; the better! Exercise your rights as you still have them. Their new policies are only words on paper, but we have a voice! They cannot be allowed to get away with what they do!
♥ Rise up for humanity!
♥ Stand in peaceful noncompliance together!
♥ Become and stay empowered!
♥ Stop the division amongst yourselves and unite!
♥ Lead by example!
♥ Do NOT give into fear!
♥ Stay positive.
♥ Connect with your own spirituality.
♥ Associate and participate within your communities!
♥ Help each other!
♥ Keep your eyes and ears open!
♥ Be more aware of others and yourself.
♥ Act now!
NOTE: When you write or blog, be aware that there is an automated internet surveillance system that is programmed to identify certain “trigger” words or phrases trough the internet. After 2001, our federal administration used Carnivore and Echelon technology for this, but now, it has most likely been replaced by something more effective, under different names. Knowing this, change the way you use your words. For example, rather than use the word “government”, you can write “our administration”. Here’s a list of some trigger words: Most Common Trigger Words
See LOVE; Give LOVE; BE LOVE! KARMA will take its’ course…
http://youtu.be/qzbBO5AcvNY
(References: The People’s Voice & Max Igan from TheCrowHouse.com)

One thought on “The Time to Rise Up & Unite is NOW!”