It Kills Weeds and Abuses Bodies! 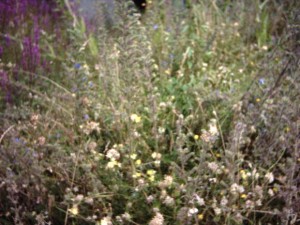 Glyphosate is an herbicide and an active ingredient in Roundup. It comes in many forms, most commonly, as an acid and several salts. There are over 750 products containing glyphosate for sale in the U.S. However, when it is sold as a commercial herbicide, it is combined with surfactants and other ingredients to make it more effective at killing weeds.

This toxic herbicide, Glyphosate, was first discovered to have herbicidal activity in 1970 by John E. Franz, while working for Monsanto, and it was first registered for use by the United States Environmental Protection Agency in 1974 for public and industrial property and as a burn-down herbicide in agriculture. The re-registration of  Glyphosate was completed in 1993.

Supposedly, glyphosate’s patent expired in 2000, BUT Monsanto made more than $2 billion in sales of Roundup and other glyphosate-based herbicides in 2010! The Environmental Protection Agency is examining the issue and is in the process of deciding if glyphosate should continue to be sold or in limited.

Just a Few of the Many Reasons Why Glyphosate is Hazardous:

Even though Monsanto claims that it “completely biodegrade in soil”, it actually persists in the soil for years!

It is known to cause reproductive problems and has been linked to spontaneous abortions in livestock and birth defects in humans.

Glyphosate herbicides are known to harm DNA in human cells.

Japanese research has shown that consuming a 3/4 of a cup of commercial glyphosate products is fatal. Those who consumed less than 3/4 of a cup suffered a range of severe health problems, including intestinal pain, vomiting, erosion of the gastrointestinal tract, excess fluid in the lungs, pneumonia, lung dysfunction, clouding of consciousness, destruction of red blood cells, abnormal electrocardiograms, low blood pressure, damage to the larynx, and kidney damage (causing permanent damage and forming scar tissue).

Studies have also shown that exposure to Glyphosate is associated with a range of reproductive effects in humans and other species.

Two separate studies in Sweden have shown that exposure to Glyphosate can cause Hairy Cell Leukemia and Non Hodgkins Lymphoma. Even though it was considered extremely rare, the non-Hodgkins lymphoma is the most rapidly increasing cancer in the Western world. It has increased by 73% in the USA since 1973.

Another study has found an escalation of Parkinson disease amongst farmers who used glyphosate.

So the question is…why is this product still being used as an herbicide?
Dr. Mercola interviews Dr. Don Huber on the subject: