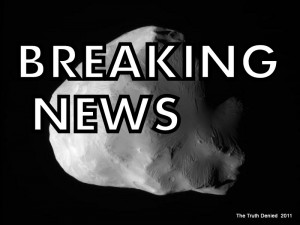 What: Kill Switch will be used to shut down roughly 4 million infected computers in the U.S.

Why: FBI created a replacement internet system to support sick computers that were infected with a virus world wide, but, the court order that put that splint system in place expires March 8, causing an estimated half a million computers in the U.S. to go black.

A consumer report stated : “When you go to log on on the morning of the 8th, if you’re infected, you’re not going to be able to get to the Internet,” Colburn explained. “It’s almost like you’ve been cut off.”

See the rest of the story here: http://www.azfamily.com/news/consumer/Half-million-to-lose-Internet-access-in-coming-weeks-140048693.html

If your  DNS settings fall between any of the following ranges, the FBI says you have DNSChanger Trojan (VIRUS):

Proceed with caution to the next step if you decide to use the FBI website.

The FBI has “created a helpful way to discern if you have a virus or a “DNSchanger Trojan”.  http://www.fbi.gov/news/stories/2011/november/malware_110911/DNS-changer-malware.pdf

According to KPHO in Arizona:

“The FBI has asked for an extension of the court order keeping Internet users online. The request would keep the substitute servers working until July 9 to give victims more time to disinfect computers.”

Please use the website above at your own risk to determine whether you have been infected or not, there is a very easy step by step listed accompanied by screen shots for easy guidance on your own computer.

THE TRUTH DENIED would like feedback from the general public if you do  decide to check  your computer, please email our team at www.thetruthdenied.com

***We would also like to hear your feedback on this article in general.****