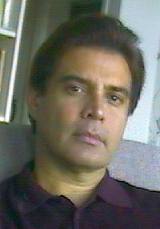 Peter Canova is a successful author, medical intuitive,researcher and public speaker. His latest book Pope Annalisa is a best seller and soon to be a world wide film. There is no doubt that the film will be a blockbuster in the USA, if not world wide.

Here is some of what Peter discussed on the show today:

“Canova is an author and national speaker on subjects such as ancient spiritual traditions, quantum physics, and new paradigms of reality. His visionary novel concerns an African nun who rises to the papacy in a near future world headed for annihilation. Pope Annalisa is a page turning thriller with an inspirational message about the transcendent human spirit that has gained an international following of enthusiastic readers.” 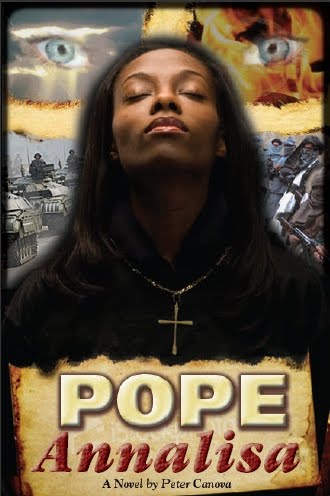 “ Peter’s novel, Pope Annalisa (www.popeannalisa.com), is the first book in a trilogy called The First Souls. Pope Annalisa is a spiritual thriller about an African nun who becomes the first female pope. It has won numerous awards including the Nautilus Gold Award for visionary fiction formerly bestowed on such authors as Eckhart Tolle, Deepak Chopra, and the Dalai Lama.”

Choosing to write a novel rather than a scholarly or non-fiction work was a conscious choice to better connect with his readers and communicate profound information. Peter has said, “No work can be personally transformative unless it engages both the heart and the mind of the viewer. To be touched intellectually is to be affected; to be touched emotionally is to be moved. To be touched by both is to be raised to a new perception of being. Helping people achieve that is my goal in life.”  ~Mr. Peter Canova

The Book as a Motion Picture

“I’m pleased to tell you that after several months of negotiation, I just signed a deal to co-develop and co-produce an adaptation of POPE ANNALISA as a motion picture. My partners are two executives from Phoenix pictures, one of the most prominent production companies in Hollywood. As you will see in the press release, they were part of the team that produced the Oscar winning BLACK SWAN.” ~Peter Canova

THE PRESS RELEASE; Pass it on!

Los Angeles, April 20, 2012- Trimountaine Publishing is pleased to announce that Peter Canova, author of THE FIRST SOULS TRILOGY  has entered into an agreement to produce a film adaptation of the trilogy’s seven time multi-award winning first novel, POPE ANNALISA.

Mr. Canova will co-produce the film with Phoenix Pictures’ Vice-President of Production Doug McKay and Director of Development Ali Toukan under an independent umbrella..

Canova is an author and national speaker on subjects such as ancient spiritual traditions, quantum physics, and new paradigms of reality. His visionary novel concerns an African nun who rises to the papacy in a near future world headed for annihilation. Pope Annalisa is a page turning thriller with an inspirational message about the transcendent human spirit that has gained an international following of enthusiastic readers.

McKay is currently producing a number of projects including WHAT TO EXPECT WHEN YOU’RE EXPECTING, starring Cameron Diaz, Jennifer Lopez, Elizabeth Banks and Chris Rock, which is set to be released nationwide by LionsGate on May 18, 2012. McKay is also producing Ray Bradbury’s DANDELION WINE; the Kip Williams-written-and-directed THOSE ACROSS THE RIVER and FORTY LASHES LESS ONE, written by Elmore Leonard.

Ali Toukan’s primary focus is developing and packaging feature films. His current projects are Ray Bradbury’s DANDELION WINE; Kip Williams-written-and-directed THOSE ACROSS THE RIVER, and FORTY LASHES LESS ONE, written by Elmore Leonard. He was a production executive on WHAT TO EXPECT WHEN YOU’RE EXPECTING and BLACK SWAN. 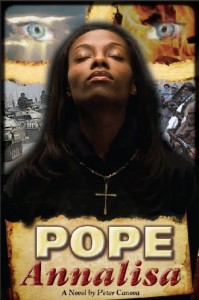 PURCHASE your copy of the book here:

DIRECT PURCHASE FROM DISTRIBUTOR — Due to rapid sales of the book, the online book sellers have had difficulty keeping inventory. Trimountaine Publishing has made the book available at a discounted price of $19.95 USD directly through its distributor. Click on the link below to go to the BookMasters ordering page. In the box Coupon/Discount Code, type in  the word, Annalisa, then proceed to check out and follow instuctions. NOTE: The price of the book on the check out page will remain as $26.95 but your credit card will be charged the promotional price of $19.95.

POPE ANNALISA is also available through all major bookstores or it can be ordered online at bookstore websites such as Amazon.com, Barnes&Noble.com, and Borders.com

Other books By Peter Canova that you may be interested in : 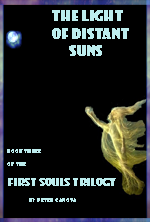 Peter mentioned on the show today that he is coming out with a series of ebooks, so please check in with his site often!