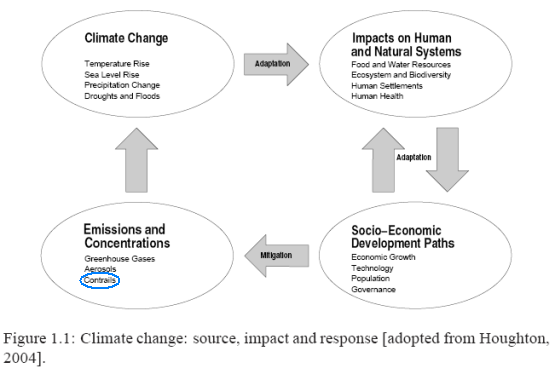 Global Warming was introduced with scientific data that shows the earth is warming up. Even without the allegation of altered data, many people still doubt that Global Warming happen back then. Until people experience extreme weather.

Two previous article provide the base for this article, Global warming: blaming the basic thing being living, ignoring the more visible one and Global Warming: a false alarm from assuming that extreme weather happen everywhere.

What people felt and notice today, may be a planned event to gain acceptance of Global Warming.

Oil spill
BP oil disaster is a big event. For some this may look like to be an unrelated event. No one seems to connect BP oil spill with global warming, but they both have strong connection.

What the news mention:
http://en.wikipedia.org/wiki/Deepwater_Horizon_oil_spill
“The Deepwater Horizon oil spill (also referred to as the BP oil spill, the BP oil disaster the Gulf of Mexico oil spill, and the Macondo blowout)[5][6] is an oil spill in the Gulf of Mexico which flowed unabated for three months in 2010, and continues to seep.[7][8] It is the largest accidental marine oil spill in the history of the petroleum industry.[9][10][11] The spill stemmed from a sea-floor oil gusher that resulted from the 20 April 2010, explosion of Deepwater Horizon, which drilled on the BP-operated Macondo Prospect.

Some 1,100,000 US gallons (4,200 m3) of chemical dispersants were sprayed at the wellhead 5,000 feet (1,500 m) under the sea. Dispersants are said to facilitate the digestion of the oil by microbes. Mixing the dispersants with the oil at the wellhead would keep some oil below the surface and in theory, allow microbes to digest the oil before it reached the surface. Various risks were identified and evaluated, in particular that an increase in the microbe activity might reduce the oxygen in the water. Environmental scientists say the dispersants, which can cause genetic mutations and cancer, add to the toxicity of the spill and that sea turtles and bluefin tuna are exposed to an even greater risk than crude alone. According to them, the dangers are even greater for dispersants poured into the source of the spill, where they are picked up by the current and wash through the Gulf.”

What the news did not mention is the direct connection to global warming, oil eating bacteria change oil into carbon dioxide:
http://www.nature.com/news/2007/071212/full/news.2007.375.html
“The first type of bacteria to attack crude oil can break down the long-chain hydrocarbons into acetic acid, carbon dioxide and hydrogen. In the second step of biodegradation, one set of microbes can turn acetic acid to methane, and another set acts on carbon dioxide and hydrogen to produce methane.”

Ocean will at least become more acid than before BP oil spill. If scientist found the ocean water to be more acidic, they should also mention BP oil spill. But they didn’t:
http://discovermagazine.com/2011/mar/17-chemical-ocean-acid-test
“This past summer, 35 oceanographers and marine biologists from Europe and Asia trekked to Norway’s Spitsbergen island, about 750 miles from the North Pole. Then they kept going, right into the water, and set up an elaborate system of underwater test tubes. Their mission was to study how the abundant marine life in these frigid waters will bear up under the stress of one of the world’s most daunting, if least publicized, environmental threats: the rising acidity of the oceans. As carbon dioxide levels in the atmosphere increase, the seas absorb greater amounts of the gas, which reacts with water to form carbonic acid. Surface waters today are 30 percent more acidic, on average,﻿ than they were at the start of the Industrial Revolution”

BP oil spill dispersant contribute not only more carbon dioxide but also ocean acidification, but I am not aware of any news mention this.

Surface Warming
Warming is the main topic of global warming:
http://www.nrdc.org/globalwarming/climatebasics.asp
“Carbon dioxide and other global warming pollutants are collecting in the atmosphere like a thickening blanket, trapping the sun’s heat and causing the planet to warm up. Although local temperatures fluctuate naturally, over the past 50 years the average global temperature has increased at the fastest rate in recorded history. Scientists say that unless we curb the emissions that cause climate change, average U.S. temperatures could be 3 to 9 degrees higher by the end of the century.”

However, global warming scientist never mention the other contributor of surface warming, contrails and contrails cirrus:
http://www.knmi.nl/~velthove/aircraft.html
“Contrails formed due to the emission of water vapour increase the cloud cover in the upper troposphere. Contails lead to a reduction of the solar radiation reaching the surface (surface cooling) but they also enhance the greenhouse effect (surface warming) by absorbing longwave radiation welling up from the earth and atmosphere below. This might result in net cooling or heating depending on the size and optical depth of the ice crystals of which the contrails consist. Contrails thus lead to surface warming at night and generally to surface cooling at daytime. Presently it is estimated that contrails lead to a net warming effect over the full day.“

http://www.contrails.nl/contrails-research/climate%2001.htm
“In a research paper published in Meteorology & Atmospheric Physics (Vol. 38, pp. 228-239, 1988), Singer had already calculated that these thin, virtually invisible clouds could produce a surface warming; direct measurements of infra-red (heat) emissions from cirrus particles appear to support this view. Singer speculates that the same physical mechanism could also explain decreases in diurnal temperature range (the difference between high and low temperatures over a 24-hour period) that have been reported over northern mid-latitudes by Thomas Karl and colleagues at the NOAA Climate Data Center in Asheville, North Carolina. “The UN Intergovernmental Panel on Climate Change (IPCC) never calculated the climate impact of commercial airline traffic, even though air traffic has been increasing at the rate of 5 percent per year,” said Singer. “If it is confirmed that air traffic produces this regional climate affect, then IPCC predictions of future warming must be reduced substantially.””

http://www.agu.org/pubs/crossref/2010/2010GL045161.shtml
“The HadGEM2 global climate model is employed to investigate some of the linear contrail effects on climate. Our study parameterizes linear contrails as a thin layer of aerosol. We find that at 100 times the air traffic of year 2000, linear contrails would change the equilibrium global-mean temperature by +0.13 K, corresponding to a climate sensitivity of 0.3 K/(Wm−2) and a climate efficacy of 31% (significantly smaller than the only previously published estimate of 59%). Our model suggests that contrails cause a slight warming of the surface and, as noted by most global warming modelling studies, land areas are affected more than the oceans. Also, unlike the contrail coverage and radiative forcing, the contrail temperature change response is not geographically correlated with air traffic patterns.”

Even an invisible man made clouds can produce surface warming. Previous article also quoted that each one produce worse warming than CO2.

Since the air traffic always increase, what happen bellow may not happen because of global warming at all:
http://blog.algore.com/2011/10/koch_brother_funded_study_conf.html
“Back in 2010, Richard Muller, a Berkeley physicist and self-proclaimed climate skeptic, decided to launch the Berkeley Earth Surface Temperature (BEST) project to review the temperature data that underpinned global-warming claims. Remember, this was not long after the Climategate affair had erupted, at a time when skeptics were griping that climatologists had based their claims on faulty temperature data.

So what are the end results? Muller’s team appears to have confirmed the basic tenets of climate science.

With the evidence reconfirmed (again), I would hope that skeptics would rethink their position and join me in pushing our government, and governments around the world, to take steps to solve the climate crisis.”

That experiment is not valid because it do not account the surface warming that is caused by contrails.

Extreme Weather
Another event being used to promote Global Warming is extreme weather.
http://blog.algore.com/2012/04/not_controversial.html
““After the warmest March on record in the United States, even more people are starting to connect the dots between climate change and this weird weather. A new poll was released today which, according the New York Times, “shows that a large majority of Americans believe that this year’s unusually warm winter, last year’s blistering summer and some other weather disasters were probably made worse by global warming.”

http://blog.algore.com/2011/11/ap_reports_science_panel_get_r.html
“”The panel said the world needs to get ready for more dangerous and “unprecedented extreme weather” caused by global warming. These experts fear that without preparedness, crazy weather extremes may overwhelm some locations, making some places unlivable.””

http://blog.algore.com/2011/02/two_important_papers.html
““Scientists have predicted for decades that human-caused global warming would increased extreme weather events that cause severe harm to humans, property, and the environment. These two studies are but the latest in a growing body of scientific literature demonstrating that these predictions are coming true now.””

The extreme weather may possibly planned too.

Water
It is predicted (planned?) that shortage of water will become a bigger problem in the future.
http://www.nrdc.org/globalwarming/watersustainability/index.asp
“Climate change will have a significant impact on the sustainability of water supplies in the coming decades. A new analysis, performed by consulting firm Tetra Tech for the Natural Resources Defense Council (NRDC), examined the effects of global warming on water supply and demand in the contiguous United States. The study found that more than 1,100 counties — one-third of all counties in the lower 48 — will face higher risks of water shortages by mid-century as the result of global warming. More than 400 of these counties will face extremely high risks of water shortages”

Drought is usually assosiated with global warming, with Carbon emission. But contrails and contrails cirrus has more direct effect:
http://www.pa.op.dlr.de/pazi/Flyer_PAZI-2_Midterm_Status.pdf
“Contrail-cirrus clusters build up regionally and may prevent natural clouds from forming”

There are also many testimonies from people that reported drought (and flood) condition accompany sky full of contrails or contrails cirrus.

Conclusion
People that felt the event have allow global warming to receive bigger acceptance:
http://blog.algore.com/2012/04/not_controversial.html
“Here’s what the poll found: 69% of Americans believe that global warming is affecting the weather in the United States. A full 82% personally experienced extreme weather last year, and 35% were personally harmed by it.”

Contrails and contrails cirrus will at least add more heat to the surface. If government is serious in preventing climate crisis, then government should put more attention to them.