Did you know that cancer was once  a curable disease? YES! In 1930 when Dr. Royal Rife and his colleagues opened  a clinic  in  attempt  to  cure incurable diseases, including cancer. 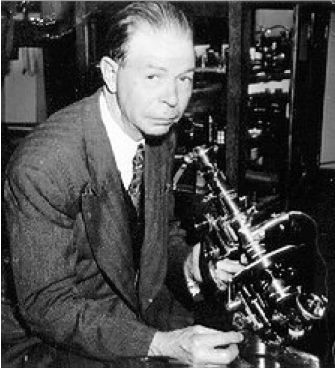 It all  began when Dr. Royal Rife invented an optical microscope capable of an  electron microscope resolution, & according to peswiki:
“1933 Rife completes the “universal microscope.” A resolution of 31,000 times and a magnification of 60,000 times.”

With this microscope, he would  observe live virus or bacteria. This would  allow him to find better ways to study the disease in an effort to cure it, unlike the  mainstream medical association. The ‘Electron Microscope’ used by mainstream would kill any living  virus or bacteria, it is not suitable for medical research that require living speciment.  In those days and even today, optical microscopes did not have the clarity or resolution to identify bacteria such as Rife did, which improved Rife’s learning curve tremendously!

Dr. Rife discovered that in every cancer case, there was always a unique organism with violet red color. He call this organism the ” BX virus” later. This organism would change shape depending on it’s state of development. Sometimes it is big enough to be seen by normal optical microscope, and other times, it is not.

According to Gerry Vassilatos “Lost Science”:
“BX virus infection required special “weakened” physiological states. Contracted as a flu-type infection, the virus incubates in host physiology for a time. When specific detrimental physiochemical states are compounded, the virus stirs into activity. Stimulating the rapid proliferation of cell division, the BX virus forces the host body to manufacture needed nuclear material on which to further its survival. Tumors were found to be sites where BX viral colonies were rampant. Occasionally there were persons who demonstrated spontaneous remissions. These were exceedingly rare cases where antibodies actually drove off the attacking virus. Most persons could not summon this degree of response. Once the virus took control of cellular integrity, death was imminent. Dr. Rife discovered that deadly viruses actually thrived in the radiations of specific elements. Radium and Cobalt-60 were the notable ones. Dormant viruses became virulent in these energetic emanations. The horror filled him again. Medical practice was attempting the cure of cancer with these very radiations!”

Dr. Rife also discovered that you could send frequency that vibrate the viruses into pieces, to actually shatter & destroy them!
“Dr. Rife swept through the diathermy range, which he calculated should vibrate these viruses to pieces. Empirical evidence always contradicts the theoretical. Quite below the calculated extreme frequencies, the BX virus suddenly dissolved. He switched off the transmitter and sat there quite amazed. The scene in the microscope was unreal. Not a fraction of a second at the lethal pitch and the specimen was reduced to a globular mass. The viruses were stuck together in shattered fragments! He had successfully “devitalized” them.” 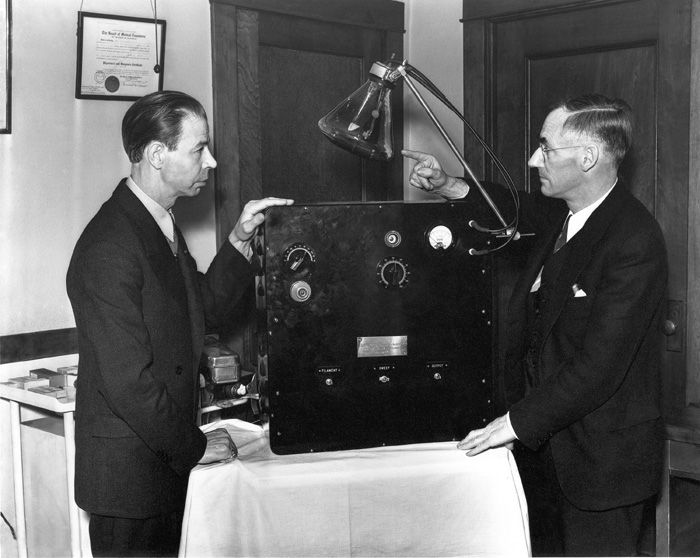 These methods worked on many diseases, not just cancer! This is truly an amazing discovery! . He created list of frequencies that had been useful to kill or “shatter” specific diseases, and frequencies that coincided with the diseases.

So what was the frequency?

….and there is more!

A 1986 newspaper article[1] by the author of a book about Rife claims that in 1934, the University of Southern California appointed a special medical research committee to bring cancer patients from Pasadena County Hospital to Rife’s San Diego Laboratory and clinic for treatment, and further claims that after 90 days of treatment, the committee concluded that 14 of the patients had been completely cured; that the treatment was then adjusted for the two remaining patients over the next four weeks and that the total recovery rate using Rife’s technology was 100%. No paper submitted to a peer-reviewed medical journal, nor any details of the diagnoses of the patients before or after treatment are available. 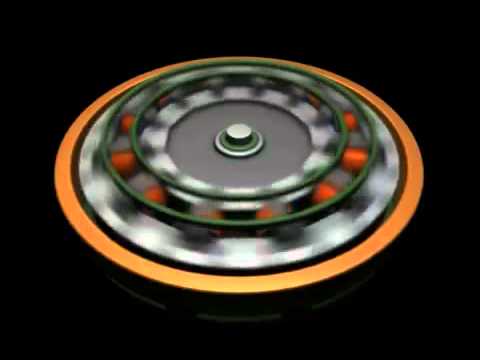 Unfortunately, killing the virus with frequency requires great  precision, and without a super optical microscope, it is impossible  to recreate the procedure. In other words, people today is not able to replicate the same protocol because there is no way to verify the efficacy. Rife can have 100% success rate because he can personally see the virus being destroyed by his device.

According to “A History of Rife’s Instruments and Frequencies”:
“If we were to build a ray tube instrument that worked exactly the way Dr. Rife’s did and use frequencies from 139,200 to 1,604,000 hertz then we would be violating FCC regulations and the instruments would be illegal. The frequencies that Dr. Rife used in his original equipment were in the AM bandwidth range. By the 1940’s they would have been interfering with many radio stations. Stricter bandwidth regulations were being made to protect the airwaves. This would have meant that Dr. Rife could no longer build his original instruments without those who purchased them using a Faraday cage. The RF M.O.R. frequencies which were output by the Kennedy equipment, Rife Ray #4 and Beam Rays instrument were almost all in the A.M. radio band of frequencies and would interfere with these new broadcasting stations. The FCC is the only thing that makes any sense out of what happened back in the 1940’s and 1950’s. The FCC regulations which caused Dr. Rife to change his instrument have impacted Rife technology in a negative way for the past 55 years.”

But there is hope!

There is an attempt to replicate Dr Royal Rife work by John Bedini.

“The following experiments were done using the machine as an Abram’s machine. This is a one-wire system. One lead (as shown below) goes to the slide under the microscope. There is no ground whatsoever anywhere, so if you were to be touching this one wire, you would not feel anything. Notice that the organisms only disintegrate when exposed to this unique form of modulation.”

He found that when the correct frequency and wave shape is obtained, the target virus will die immediately! One frequency kill only one type of organism. According to his website:
“Then came the day when we had 30 doctors in the room with us. We prepared the slide, put it under the microscope and put it up on a view screen so all could see. One push of the button on the machine, and BANG, the one cell animal was dead. All the doctors just went nuts. But the comments were very discouraging, “WE WILL NEVER TALK ABOUT THIS, WE WILL LOOSE OUR JOBS, THE FDA WILL RUN US OUT OF TOWN, WE WILL LOSE EVERYTHING.” Rife comments in Crane’s book, “Under the universal microscope, disease organisms, such as those of tuberculosis, cancer, sarcoma, streptococcus, typhoid, staphylococcus, leprosy, hoof and mouth disease, and others, may be observed to succumb when exposed to certain lethal frequencies, coordinated with the particular frequencies peculiar to each individual organism, and directed upon them by rays covering a wide range of waves.” “ 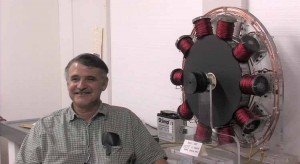 Fortunately there is hope for anyone wishing to replicate Dr Royal Rife work. Recently a better optical microscope had been produced in German by Grayfield Optical Inc. 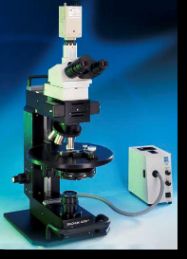 The company produced a microscope capable of a  higher  resolution of  the electron microscope, allowing them to better observe smaller living organisms. According to the website: 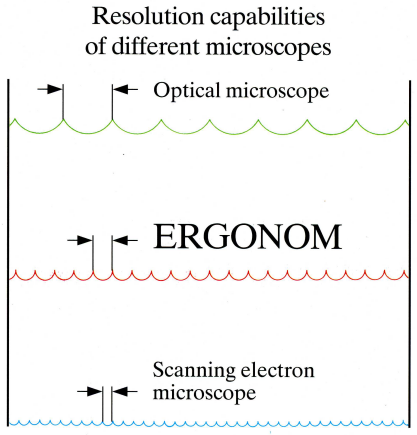 “With these distinctive features, the Ergonom microscopes close the yawning gap between conventional highest-quality optical microscopes and the scanning electron microscope (SEM). The Ergonom technology assures faithful color reproduction of specimens/samples – a feature extremely important for detailed analysis. Even at high magnifications, observations of the living object are possible. Complete sequences can be recorded on video or film. Specimens and samples are do not need any kind of staining or surface coating allowing observation in their natural state. This prevents damage and falsifications of the sample and allows for long term analysis of living specimens. The samples can be viewed at normal room temperature without any need for a vacuum. The specimens are not heated more than 5°C during observation under the microscope. Oil immersion is not needed with the Ergonom microscope systems. Such features are ideal for long term observation of living specimens in their natural state without interfering with the specimens with stains, etc.”

John Bedini warns the public  about a corrupt mainstream medical field that will not stay open minded enough to accept these methods so easily. The good news and the HOPE in this is doctors are coming forward everyday, with new ideas and cure rates via many avenues, and the RIFE machine is one of many ideas that work! Let us as the public continue to share this type of information, educate others around us,so that we can all one by one begin to enjoy the benefits of HEALTHY LIVING!