The Fourth Reich in America OR Is It F.E.A.R. False Evidence Appearing Real 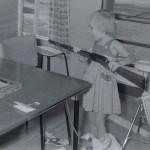 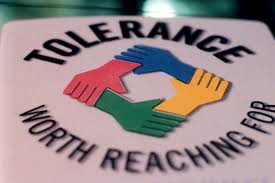 Damn doesn’t that title sound like a Bond movie? When I started this little project I was going to show just how the German people lost control of their newly formed Weimar Republic and became the Third Reich. And to show just how easy it could happen here, the Fourth Reich that is. Yet here we are in the United States of America and we run the world not because we do the best job of that but because like ancient Rome there really isn’t any other nation on the planet that could actually stand up to the US in a war and come out on top. Sounds sort of like what the Third Reich had in mind back in 1930. I do wonder at times did we really just win the battle and lose the war? Some days I think we did just that, WWII was just a battle we won in the long run we may, just may have lost the war against fascism. You have to remember Germany for centuries had been a monarchy but monarchies by the turn of 1900 were finding their power ebbing. Anyone who has taken a few political science classes learns that every governing system regardless of what kind it is has a life span like most things do. A political system can last at the most up to about three hundred years and by that time if there hasn’t been sufficient progress made to make sure that power and wealth are not concentrated in the hands of very few people in that nation or state, and the nation or state  does not have l large and financially stable middle class then the system of governance will be either brought down by revolution or civil war.

I guess some people don’t know or see any difference between the two, but believe me there is a difference. A revolution is about turning the clock forward, a civil war is about trying to maintain a stranglehold on a certain way of doing things. I see people becoming more fearful, more polarized, more angry, more ready to attack their neighbor for either their political views, their religion, what and or who is doing what to who or what in the privacy of a bedroom, I see people blaming everyone else around them for the problems they are afraid of. AFRAID, FEAR, SCARED, what has made the American people afraid of their own shadow? What has happened to make Americans show so little care for people who hold different beliefs, practice different ways of living, doing things whether in worship or in their secular lives. I’m starting to get to the point of this article which is to say that as I started another article on the Fourth Reich I realized that about all that would do is scare people and that is exactly how the Third Reich took over the German people who were not evil people anymore than the majority of Americans who for whatever reasons have put reason aside in favor of judgements mostly based in fear. We Americans better find out how or who or what is behind the divisions between people we are seeing, if not then we as Americans are going to fail and more than as a nation, we will have torn apart the very thing that made America great, we will have lost our ability to welcome the differences in the people, as well as the similarities we have with each other. 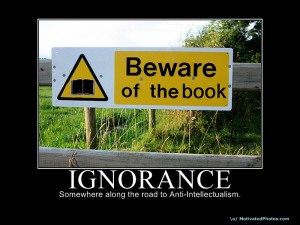 I hate what I see American becoming today, a place where people are afraid of other Americans, and equally as bad seeing Americans fear their other human counterparts in each and every nation around the world. I hate seeing the greed that survives in every socioeconomic class, I hate seeing the pride of a nation these days that has not a damn thing to be proud of. I hate seeing people put their religious beliefs above another’s or hate the lack of  belief in the rest.We have been living off of lies for so long now that we, at least most of us wouldn’t know the truth if it kicked our heads out of our asses long enough for eyes to get hit with the light of truth. I’ve heard it said we are as sick as our secrets and for Americans these days that makes for some mighty big sickness as we have so many secrets in families, in government, in businesses, personally, professionally, just how many secrets are we holding inside. And just how sick are they making not only us both nation and world as well?

So do we expose the secrets that have used up so much money and power to keep hidden? Do we tell the truth about just how big a lie the American Dream really is? How do we as a people learn to love the things we hate the most? For me that is I really hard cause I really hate INTOLERANCE, IGNORANCE, HATRED, FEAR, GREED ARROGANCE RACISM HOMOPHOBIA LIARS CHEATS AND THIEVES. So that is my list of the things I hate to see in “those” people. Now I’m going to sound like a Christian and say I didn’t say I hate those people I said I hate those character flaws, defects, sins whatever freaking word you want to use. I bet you’re not wholly convinced that I don’t hate that person who hates other races, genders, same sex lovers, lying sack of shit politicians, CEO’s that have robbed and looted American into utter bankruptcy?  So what are you as my fellow American neighbors afraid of? Or who?  And if it’s another American why?  What makes you better than your  American neighbor? Your race? Your religion? You money? Your education? The car you drive?  Or IS IT the care you give to your fellow American neighbor whether they are your friend or not? I think what we better all get is that we are all each other’s neighbor no matter what country we are living in. I can picture what the world would be like if just if we came to realize how much more gratification there is in giving than getting, how much better it feels to love your neighbor rather than find something to hate them for. I want a to leave this world a more peaceful place, a more trusting place, and a far more just place where people live not in fear, instead finding it easier to love just how different every human being is and to marvel in awe at those differences. I want to leave the world a safe place for children to grow up where war has become the biggest waste of money, time, life, property, loved ones,  because all war does is destroy it does not create and that is what makes the human being we have the capacity to create. In case you don’t recognize the quote below, it is taken from the novel “1984”. And it seems this is the play book the super rich are taking their plans from. 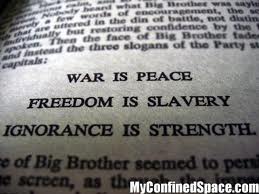 Someone who barely recognizes America anymore