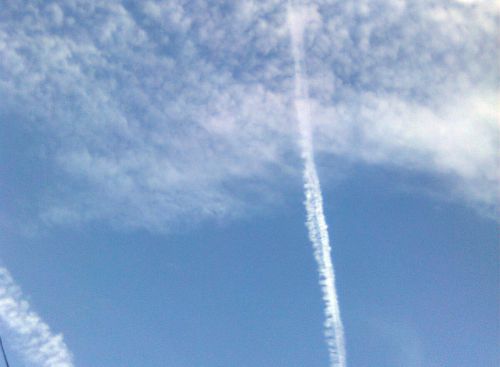 Chemtrails cloud or chemcloud usually linger at high altitude. Their have dull / dim / grey color, depressing to look at. Natural clouds that have random shape often showed up very vibrant / white. I never see chemcloud that linger at low altitude, but some people believe that any low clouds is chemclouds. Which is strange because low nimbus usually in random shape and very refreshing to see. They usually showed up when the rain pattern is steady. On a place that experience drought or extreme rain, they rarely showed up. What showed up on a place with extreme weather is usually high clouds, but now it seems people call such clouds natural clouds. I guess the disinformant get it easy.

Normal cirrus clouds?
A chemtrail debunker website says this:
“Since contrails are composed of water in the form of ice crystals, and they often eventually  form cirrus type clouds, their effects are the same as natural clouds.”

Also:
“Contrails are physically very similar to cirrus clouds (except they are long and thin), and so they act almost exactly the same.”

Previous article explained that jet exhaust contrails contain more than just water vapor. So contrails have different properties than normal clouds. And scientists do believe it is different:

Chemclouds do not exist?
Someone very respected in orgonite community mentioned this:
“My point about ‘Chemclouds’ is that they don’t seem to exist. The chemicals that they spray from chem-planes don’t form clouds; either immediately or over time. they have been confused with the cloud-forms produced by Sylphs as they return the natural cloud to the sky after taking chemtrails apart. Sylphs return the natural moisture to the atmosphere in the form of thousands of dots of clouds that will eventually float free from the Sylph’s clutches and form as regular cumulus cloud somewhere downwind.”

This is by another person, also very respected in orgonite community:
“Cirrus clouds are natural. By definition, they cannot be pollution. Sylphs can transmute chemtrails into clouds. Pay no attention to chemtrail de-bunkers. They are not likely to let facts be their guide.”

Previous article shows photos from Adam Dwyer showing trails turning into clouds. If this is not enough, scientists also notice it:

http://www.umweltdaten.de/publikationen/fpdf-l/2605.pdf
“Several studies have reached the conclusion that a positive correlation exists between aircraft emissions and growth in cirrus clouds. Cirrus clouds intensify the greenhouse effect, because, similar to contrails, they reflect radiation onto the earth. As a result of aviation, emissions are expelled into the global atmosphere that contribute to climate change and the destruction of the ozone layer. Emissions and expelled particulates alter the concentration of greenhouse gases – carbon dioxide (CO2), ozone (O3) and methane (CH4). They also trigger off the formation of contrails and can encourage the occurrence of cirrus clouds. All of this contributes to climate change (IPCC 1999). Once they have lost their characteristic lined form through convective processes, they are no longer to be distinguished from cirrus clouds.”

I believe in sylphs. But for me the sylph does not look like thousands of dots of clouds, they look wispy: 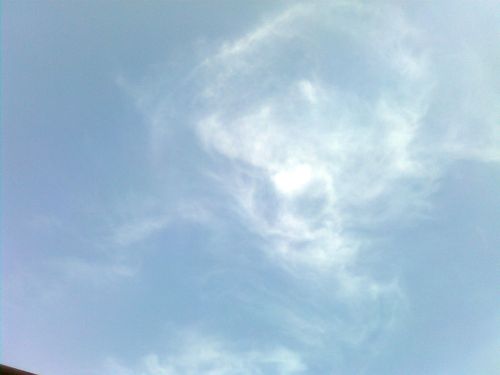 The statement of those two very respected people in orgonite community worry me, because this may suggest to people that their goal is to have their sky dominated by clouds with that pattern. For me that is nightmare, that is something I like to avoid. Like what is shown below, notice the clouds formation at the end of the video:

Do you think this cloud layer formed at the end is a sylph or chemclouds? Also consider the next topic. 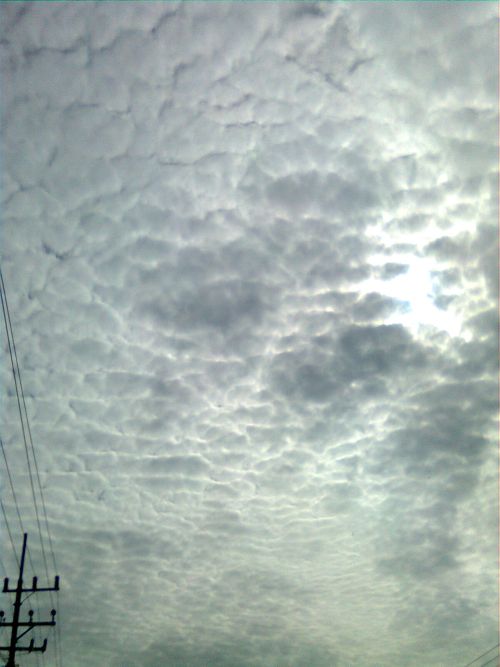 According to the scientist, this happens because of accumulation of aerosols in our sky:
http://www.icas.org/ICAS_ARCHIVE_CD1998-2010/ICAS2006/PAPERS/136.PDF
“(1). Cirrus clouds can evolve from spreading persistent contrails known as primary cirrus or contrail cirrus (2). Secondary cirrus occur due to locally increased soot and aerosol concentration, which might lead to the formation of cirrus clouds that would not form in the absence of air traffic.”

Meaning that chemclouds can also form if the number of aerosols in the sky is high enough. Notice that there is an attempt to inject tonnes of sulfur aerosol into the sky, as mentioned in the previous article.

Invisible chemcloud
People recently report having blue sky for days. Sky without trails, but also without any other clouds. I have also seen it in here too but when the low altitude clouds start to form, a plane with short trails show up and then the sky become blue but cloudless again. This make me think if they now start to use invisible clouds?

According to scientists, invisible clouds would still able to alter the sky:
http://www.atmos-chem-phys.net/10/7997/2010/acp-10-7997-2010.pdf
“The so-called subvisual cirrus clouds are a fairly recent discovery for the obvious reason that they are optically thin and thus invisible from the ground (hence the name). Subvisual cirrus form cloud layers with a very large horizontal extent (hundreds of kilometers) but are at the same time very thin (smaller than 1 km). In recent years they received a lot of attention due to their possible role in the radiative balance of the atmosphere, their impact on ozone concentrations through heterogeneous chemistry (Solomon et al., 1997), and their role in the dehydration of air that enters the tropical lower stratosphere (Jensen et al., 1996).”

This cloud can be very hard to detect:
http://www.dtic.mil/cgi-bin/GetTRDoc?AD=ADA327047
“The primary function of the CDL is the detection and profiling of high altitude thin cirrus cloud Detection LIDAR Layout clouds. It is designed to profile out to 20 km with a selectable range resolution down to 50 meters. Its ability to detect sub-visual cirrus clouds is particularly significant, since these clouds are extremely difficult to detect by other means, and can cause significant errors in the radiometric measurements.”

http://www.dtic.mil/dtic/tr/fulltext/u2/a278563.pdf
“Subvisual cirrus can be seen when the optical depth, the product of the extinction coefficient times the cloud path length, becomes large due to the long path length through the cirrus layer. For a ground observer these conditions can occur for low sun elevation angles (sunset and sunrise) and hence the term sunset or sunrise cirrus is sometimes used. For an observer in an aircraft, these conditions occur when the aircraft is above the cirrus layer and the observer is looking in a nearly horizontal direction. If subvisual cirrus is present under these viewing conditions, the aircraft observer may report a thin gray or dark band on the horizon depending on the natural illumination of the subvisual cirrus cloud layer.”

If the chemcloud really can become invisible, then the effort to make trails dissipate faster is not a good solution since the particles still doing harm, even if it is invisible from the ground. This applies to any solution for chemtrails where the purpose is for reducing the lifespan of the chemtrail, like cloudbuster, chembuster, some version of orgonite or vinegar. This means the solution will only make the chemtrail invisible but does not reduce the potential harm of chemtrails/chemclouds.

How to know the difference
Consider the reference bellow:

http://www.pa.op.dlr.de/pazi/Flyer_PAZI-2_Midterm_Status.pdf
“Contrail-cirrus clusters build up regionally and may prevent natural clouds from forming”

http://www.atmos-chem-phys.net/7/4203/2007/acp-7-4203-2007.pdf
“Contrail cirrus may compete with background cirrus for the available water vapor, altering its microphysical and optical properties.”

http://www.icas.org/ICAS_ARCHIVE_CD1998-2010/ICAS2006/PAPERS/136.PDF
“Secondary cirrus occur due to locally increased soot and aerosol concentration, which might lead to the formation of cirrus clouds that would not form in the absence of air traffic.” 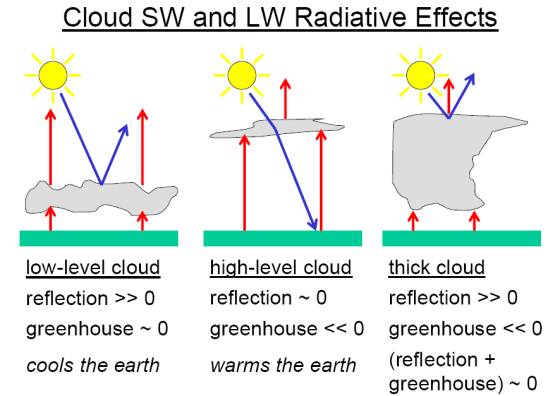 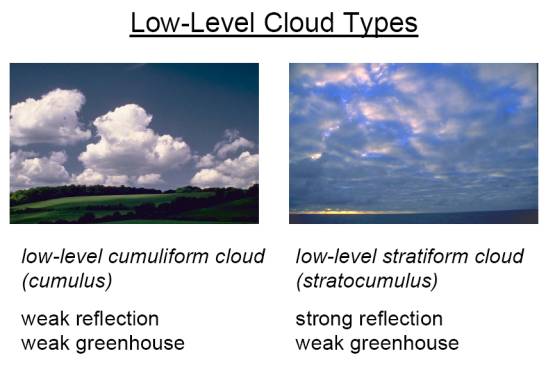 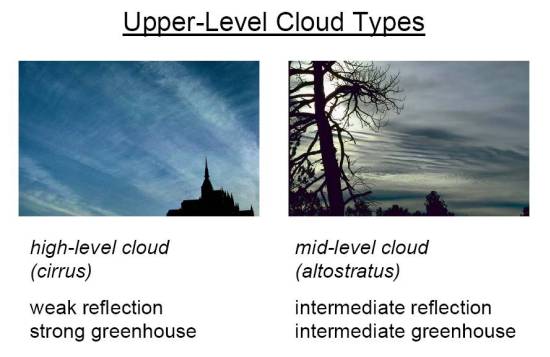 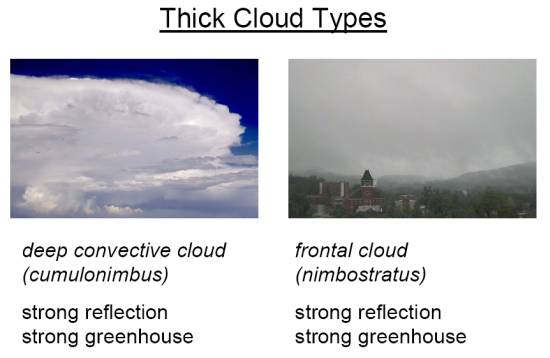 Note how cirrus has properties of weak reflection and strong greenhouse. Previous document show that trails create cirrus type of clouds. This indicate that spraying purpose is not to reflect the sunlight back into the sun but to create a greenhouse effect. Not only that chemtrails reduce low altitude clouds which should help cool the planet. People should wake up and realize that chemtrails is the source of todays warming problem.