The  Associated Press’s recent  investigation has found some pretty alarming proof that the world’s biggest GMO seed developer “is squeezing competitors, controlling smaller seed companies and protecting its dominance over the multibillion-dollar market for genetically altered crops”.  You guessed it , the company is MONSANTO.

As if you already did not know,  95 percent of all soybeans and 80 percent of all corn grown in the U.S. of A is Gentically Modified Monsanto’s patented seed! They are also going after the control of Biotech’s and distribution companies.They don’t want any competition!

This is a frightening concept! “We now believe that Monsanto has control over as much as 90 percent of (seed genetics).

“This level of control is almost unbelievable,” said Neil Harl, agricultural economist at Iowa State University who has studied the seed industry for decades. “The upshot of that is that it’s tightening Monsanto’s control, and makes it possible for them to increase their prices long term. And we’ve seen this happening the last five years, and the end is not in sight.”

“Declining competition in the seed business could lead to price hikes that ripple out to every family’s dinner table. That’s because the corn flakes you had for breakfast, soda you drank at lunch and beef stew you ate for dinner likely were produced from crops grown with Monsanto’s patented genes.”~ AP 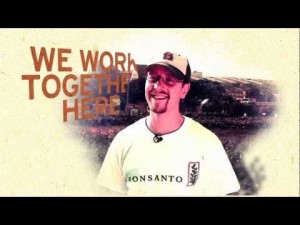 Are you kidding me? Eating  GMO’s are equated to eating poison. Fact is,  it is not fit for cattle, farms animals  or human consumption. Not according to the GMO Seed Company!

July 14, 2012, president of  Monsanto Hugh Grant (not to be confused with the actor)  declared that ““Environmentalists are succeeding in spreading ill will against us — we had to adjust our strategy, so we took a fresh look at our fresh, never-rotting produce, and realized, hey, this stuff is ‘organic!’”

Genetically Modified Organisms are organic? This could not be further from the truth!

To add insult to injury, Monsanto is not too concerned that the FDA will overrule their organic status either , as a  matter of fact, Mr. Grant claims that the FDA is  “one of his guys anyway“. See  the write up ” The Amazing Revolving Door – Monsanto, FDA & EPA”

“Fact is GMO foods don’t taste good, in fact they have no flavor. They have no nutrition. They have only one thing to offer anyone who eats them. RISK of death.”

Monsanto is Squeezing Competitors right out of the market

“For example, one contract provision bans independent companies from breeding plants that contain both Monsanto’s genes and the genes of any of its competitors, unless Monsanto gives prior written permission – giving Monsanto the ability to effectively lock out competitors from inserting their patented traits into the vast share of U.S. crops that already contain Monsanto’s genes.”

You may ask yourself right about now, how did MONSANTO make it all the way to the TOP?

The fact is , Monsanto has taken over the SEED industry,  and yes, they have monopolized the world with poisonous seeds which have resulted in contaminating crops  globally.

And for  all you Stock Market Gurus, take a look at the NYSE Monsanto Company (MON) F1Q13 Earnings Call January 8, 2013

Keep in mind Monsanto is stepping up there game in 2013. NYSE is lists MONSANTO as a GREAT  BUY. (Other wise know as a BULL Stock)

But there is a light at the end of this tunnel!

“When Monsanto’s seeds contaminate your field, they can actually sue you. Organic farmers are standing up against that backwards logic.”  ~BY LEAH ZERBE

“This lawsuit, however, seeks to protect farmers who are already going out of their way to avoid GMO seeds, but whose fields could be contaminated by Monsanto’s genetically manipulated crop pollen. PUBPAT is asking the court to declare that if contamination does occur, Monsanto can’t turn around and sue the farmer.

“Monsanto’s threats and abuse of family farmers stops here. Monsanto’s genetic contamination of organic seed and organic crops ends now,” Jim Gerritsen, a family farmer in Maine who raises organic seed, who is president of the case’s lead plaintiff, Organic Seed Growers and Trade Association, said in a statement. “Americans have the right to choice in the marketplace—to decide what kind of food they will feed their families.”  Organic Community Fights Back, Sues Biotech Bully

With the help of a nonprofit called the Public Patent Foundation, organic and other farmers who do not wish to plant GMOs filed a lawsuit against Monsanto, the world’s largest seed company and the holder of numerous GMO seed patents. The company is notorious for suing those farmers when their non-GMO crops become contaminated by GMOs growing in nearby fields. And the organic and non-GMO farmers hoped the suit would protect them from any litigation in the event that their crops become contaminated against their knowledge via drifting pollen or cross-pollination from bees. The lawsuit represented over 300,000 farmers, most of whom were represented by the Organic Seed Growers and Trade Association.

scientists  and previous employees  who speak out against Monsanto

Sources for the public:

The LAWSUITS are PILING UP 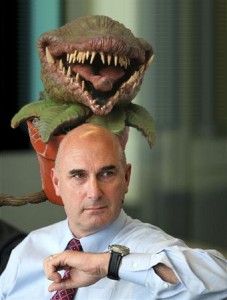 Want to aid the activists? Want to stop Monsanto in your home town? Want to help the farmers?
Then please download your FREE GMO Pamphlet!  (There are 2  Pamphlets, so be sure to get them BOTH, and yes they are FREE!)

Join us every Tuesday night on The Truth Denied Talk Radio 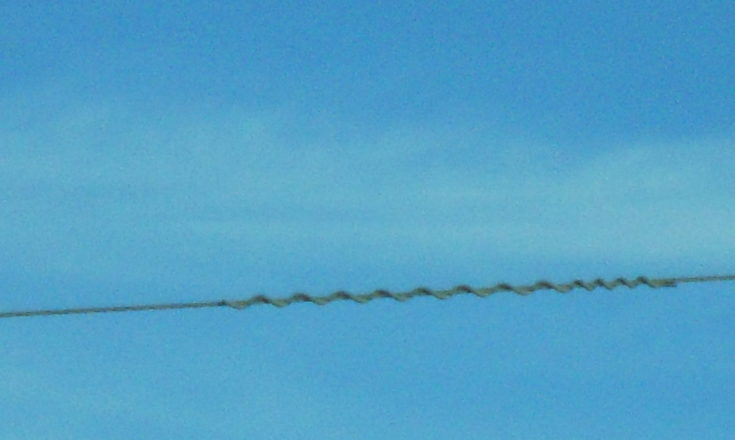 EBOLA SCARE Is it real? The Truth Denied says…