The Truth Denied is providing  this information for our listeners and readers because it seems there is a ton of confusion as to what is expected of all of us this  October 1, 2013. We have outlined important dates  for the public based on our current research. Pass it on please , as there are many of you who have no idea as to what we are in for in the USA. If there is one thought I wish to pass on to you all, it would be, we do not have a choice in this matter of Health Insurance. If you do not have it, the laws clearly state that you will need to purchase Health insurance or we will be penalized via the IRS. It is not something any of us can ignore, and we cannot opt out or play the ignorance card.

Beginning with their 2014 federal taxes, many consumers who can afford health insurance but decide not to buy it will owe penalties to the IRS when they file their taxes in the spring of 2015. There will be constant efforts to overturn this and other provisions of the Affordable Care Act (ACA), also referred to as Obama Care. But the Supreme Court decision to uphold the law’s constitutionality has greatly increased the odds that the so-called individual mandate to have health insurance will be implemented over the next two years.

The mandate is designed to apply to people who make enough money to buy private health insurance but choose not to be insured either on their employer’s plan, in the individual market, or through the insurance exchanges that must be set up in each state under the law. It does not apply to Americans age 65 and up who are covered by Medicare.

There is a long list of people who do not have health insurance but will not face a penalty on non-financial grounds:

• Those  who have have religious objections

• If you are a resident of a jail or prison, need not to worry

• If you are a member of an Indian tribe, you are exempt

The financial tests to avoid a penalty include having family income that is too low to require filing a federal tax return. Using 2010 rules, this would be less than $9,350 for an individual and $18,700 for a family.

Higher-earning households may also be exempted from penalties for not buying health insurance if their out-of-pocket cost for private health insurance is more than 8 percent of their taxable income. This amount is for any additional cost after subtracting employer healthcare insurance contributions.

It is also after reflecting any health insurance subsidies available as tax credits through the state insurance exchanges being created by the act. A report from the CBO and the staff of the congressional Joint Committee on Taxation last March estimated that consumers who qualify for subsidies using the state exchanges will receive an average benefit of $4,780 in 2014, $5,040 in 2015, and $5,210 in 2016. This benefit is mostly for the tax credits but also includes other support items, according to a Treasury Department spokeswoman.

Those credits are keyed to the nation’s financial poverty guidelines. These are set each year by the government and adjusted annually based on changes in the consumer price index. The exchanges will offer a sliding scale of insurance subsidies that extend to incomes as high as four times the poverty guidelines.

The guidelines for 2012 begin at $11,170 for one person and increase by $3,960 for each additional person in the household. For a family of four, the 2012 guideline is $23,050. Tax credits for buying health insurance would be available for four-person households with taxable earnings up to 400 percent of that level, or $92,200. (The size of a household is determined by how many people are included on the head of household’s tax return.)

Where do we begin?

For now, the federal government will be running 26 of the exchanges outright and another seven in partnership with states. And in an interesting twist, President Barack Obama will be using the exchange system for part of his family’s health care, as will members of Congress. 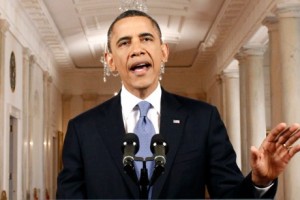 So, to avoid a penalty for not buying insurance, a household would have to determine the annual premiums on one of the lowest-quality plans in a state exchange, figure out how much of a tax credit their income would entitle them to, and then calculate if the resulting out-of-pocket expense was more than 8 percent of their household’s modified adjusted gross income. If it was, they would not pay a penalty if they decided not to buy health insurance.

To be CLEAR on Penalties:

“Most people think of it as an annual penalty,” notes Larry Levitt, a senior vice president at Kaiser. “But it is in fact a monthly thing, and you would pay a penalty for any month that you are uncovered.” However, a person may be without coverage for up to three months without triggering the penalty.

Well you are not alone, as of March 21st 2013, about 48 percent of  Americans acknowledge they know  nothing about their state’s plans for insurance exchanges and Medicaid, and 78 percent knew little about their governor’s stance on the Medicaid issue. (2013 Kaiser Health Tracking Poll http://www.kff.org/kaiserpolls/upload/8425-F.pdf)

A whopping 74% of American’s understand ONE THING about Obama- Care; the individual mandate requires the public to obtain Health Insurance or pay fines and penalties to the IRS on their 2014 tax returns. And, the IRS knows what to charge you and how to collect penalties if you don’t show up next tax season with “proof of insurance”. The bottom line is that this new federal law is not something US citizens can simply ignore or play ignorant to.  In the long run, this law simply gave the IRS and the Federal government more control over our lives, our choices, our freedoms, and ultimately it has nothing to do with our health. God Bless the United States of America, because we’re going to need it.

The Truth Denied will keep you updated on any changes being made in congress that affect the American People in regards to Health Reform. Feel free to  write  us  with your questions at info@thetruthdenied.com