Chemtrails have different definition and effect compared to geoengineering! 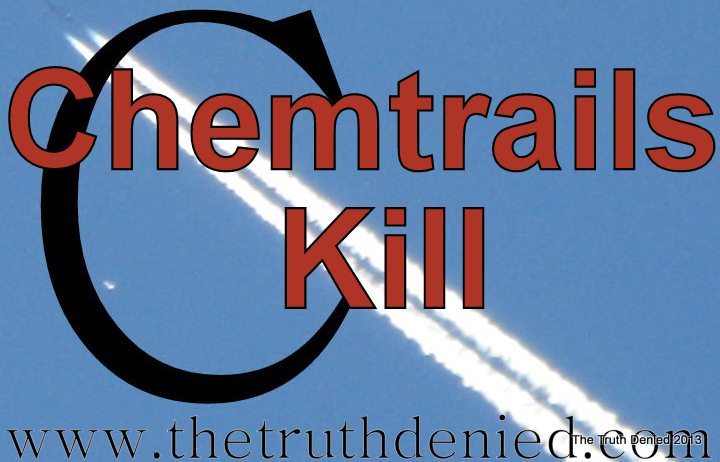 If you are familiar, then I would like to point out the obvious in this article, that being Chemtrail activists were deceived by paid individuals who were hired to strategically place  disinformation right in the heart of activist camps.

Unfortunately, most of you are eating up the lie, that being  the propaganda that is being  spread about the science and technology of  Geoengineering  being referred to as  Chemtrails when it is NOT ! It is important to know that it is NOT one in the same, and  it’s time you did a little homework.

It is frustrating  that  so many people are  still referring  to  chemtrails as  “geoengineering”.  This is disinformation at it’s best.  It is an outrageous lie at the very least.

Why is it so important to KNOW the difference between CHEMTRAILS and GEOENGINEERING?

Keep in mind why we are using the distinction between the two terms: (an example for those of you who repeatedly ask our team )

The distinction should be made when we are exposing the truths about  chemtrails, especially if we are attempting to stay on a solid  proving ground. Think about an activist who is trying to fight fluoride in the water. If you were having a discussion about fluoride levels in our  drinking water supplies, would you use the word the  ” arsenic ” instead  and consider  both toxic chemicals to be  one in the same? Just because both of these chemicals are poisonous doesn’t mean you will even begin to win the argument.

Arsenic is notoriously poisonous to multicellular life, although a few species of bacteria are able to use arsenic compounds as respiratory metabolites. Arsenic contamination of groundwater is a problem that affects millions of people across the world. However , Fluoride is the anion of fluorine. Fluoride, like other halides, is a monovalent ion (−1 charge). Structurally, and to some extent chemically, the fluoride ion resembles the hydroxide ion. In water solutions, fluoride ion is a weak base. Fluoride ion occurs on earth in several minerals, particularly fluorite, but is only present in very trace quantities in water. Flouride has been proven to be toxic and should not be in our water supplies.

FACTS:
The evidence thus  far indicates that chemtrails  are  far from being a well intentioned program to protect the planet from radiation. During what most of us refer to as ‘ heavy spray days’, the public has  reported a variety of  health problems. They  also reported that severe weather phenomena generally occurred  following heavy chemtrails spraying. More video evidence supports that the  temperature of  jet- trails  measures  higher than that of a clear sky, which is  proof that SRM (SolarRadiation Management)  which is supposed to shield us from the sun is doing no such thing.

In order to get the public’s  support, geoengineers  have been  working quickly to  improve the image of the trails via social engineering and propaganda (i.e. programs such as SRM , the supposed solution to global warming, which is yet another questionable theory.  This is only serving to confuse the public , especially because the public has become more aware of chemtrails in the global skies.

The excuse
The excuse currently being used by the public at large as to why they prefer to use the term  “geoengineering ” as opposed to “chemtrails” ,  is because they claim  the use of the word  chemtrail is often associated with a lunatic conspiracy theory. This is utterly ridiculous!

1. The general public has begin to accept that  Geoengineering programs are (like SRM Solar Radiation Management) necessary to protect us from radiation and continued heating of the planet.(Remember NAZI Germany?)

2. How do you intend to explain that chemtrails are  poisons being sprayed into the atmosphere if you continue to  call them geoengineering? You must begin to use  a more specific language in order to convey the true agenda behind chemtrail programs (SAG).

SAG is NOT SRM. PERIOD!

8. How do you expect scientists to respond to you when you ask them about  geoengineering, I can tell you that  they  think you ask about cloud seeding and weather modification programs which are NOT to be confused with chemtrails.. Chemrails  are sprayed by unmarked jets (we think military) and a scientific geoengineer employee has no idea what you are asking about within the context of your question. What would  scientist say if you asked them about giant vapor clouds being sprayed by unmarked military jets?

The word CHEMTRAIL
If you want to call chemtrails alternative words or references, then  there are  more suitable words than geoengineering. Wiki provides us with  a general idea of what the media wants people to think. Here is an excerpt:

Chemtrails:
http://en.wikipedia.org/wiki/Chemtrail_conspiracy_theory
“The chemtrail conspiracy theory posits that some trails left by aircraft are chemical or biological agents deliberately sprayed at high altitudes for purposes undisclosed to the general public in clandestine programs directed by various government officials.[1] This theory is not accepted by the scientific community, which states that they are just normal contrails, as there is no scientific evidence supporting the chemtrail theory.”

Geoengineering:
http://en.wikipedia.org/wiki/Geoengineering
“Geoengineering is the deliberate and large-scale intervention in the Earth’s climatic system with the aim of reducing global warming.[1][2][3] The discipline divides broadly into two categories- carbon dioxide removal and solar radiation management. Carbon dioxide removal addresses a cause of climate change by removing one of the greenhouse gases from the atmosphere. Solar radiation management attempts to offset effects of greenhouse gases by causing the Earth to absorb less solar radiation. The Intergovernmental Panel on Climate Change (IPCC) concluded in 2007 that geoengineering options remained largely unproven.[4] Geoengineering has been proposed as a potential third option for tackling global warming, alongside mitigation and adaptation.[5]”

From  the wiki definition, it’s s clear that there is absolutely no relationship between chemtrails and geoengineering. Chemtrails is an experiment, secretive, with no time frame, and  no public data! It’s TOP SECRET clearance only, what does that say to you?

On the other hand ,geoengineering is being touted, reported and  programs like SRM are wide open to the public , regardless of there motive  that is supposedly to mitigate ” global warming”. It is mentioned in climate change documets, and on June 25th, 2013, Obama even brought the issue up again to the public

The CHEMTRAIL Agenda and it’s associated programs are  DENIED! They are called a conspiracy : similar to the absolute DENIAL of  UFO’s , ET’s, JFK assassination, 911 the inside job, nuclear missiles, bomb blasting of our oceans, and just recently, spying! (Thank God  for  whistle blowers  who are risking there lives to tell us  us the truth!)

Geoengineering  technologies are traceable, they are  public, and their programs are not being denied whatsoever in the global media.

Genocide
http://en.wikipedia.org/wiki/Genocide
“Genocide is “the deliberate and systematic destruction, in whole or in part, of an ethnic, racial, religious, or national group”,[1] though what constitutes enough of a “part” to qualify as genocide has been subject to much debate by legal scholars.[2]”

Mass Murder
http://en.wikipedia.org/wiki/Mass_murder
“Mass murder (in military contexts, sometimes interchangeable with “mass destruction”) is the act of murdering a large number of people, typically at the same time or over a relatively short period of time.[1]”

With so many choices in our vocabulary, it is becoming an absolute phenomenon as to why  most activists insist on using  a  mismatched word. Geoengineering is perhaps concocted  not only decieve, but  convince the public that “everything is okay, we’ve got this,we  are simply trying to heal the planet”.Wrong!  Wake up because this is a distraction to thousands of  activists.  Chemtrails is exactly what it sounds like “Chemical Trails”.   But now there is an attempt to replace the word chemtrails with word that have positive meaning and credibility, such as geoengineering. What used to be seen as something dreadfull, now has  been propagandized  and  manipulated to be spoken of and observed as a blessing. This is worse than wrong, it is called  public consent, and believe me , you have no idea of what you just approved because the big boys, the corps and the global government is good at conning the public.And thats is what this wordsmith game is all about.

If you believe that chemtrails are the same as geoengineering programs, then I hate to say it, but you have now just become part of the problem. Not your fault though, the government is good at what they do, and they have been propagandizing the public for a century, nothing new here.

14 thoughts on “Chemtrails have different definition and effect compared to geoengineering!”