I have to wonder who built the pyramids, man or ET? If it is man, where did we get the technology  5,000 years ago, and why can’t we put it to use in the  present day? Josef Dolezal has his opinions, solid, refined and untainted. Rather refreshing if you ask me! His openness and willingness to go anywhere in a conversation intrigues me and our  listeners, as Joe is not your typical ” angry activist”  kind of guy. He has a practical observation that stems from  an educated and experienced background.

We discussed the pyramids  uncertain age as well as the advanced technology used by the architects of these mysterious ancient ruins.  What does the word mean, and what were the Pyramids used for? There appears to be more significance in them than just a simply structure. Joe has a great explanation for it as well.

Josef  stated during the program that :

” The word PYRAMID means ‘fire in the middle’, and it’s not just the physical fire we are reffering to, it is the generated fire, the generated force of the universe. He says that this phrase generated universe was frequently used in ancient times.

It has been known for quite sometime that beneath the pyramids of Egypt lies a lost underworld of catacombs, hewn chambers and cave tunnels that have remained unexplored for hundreds of years. They are alluded to in ancient texts and Arab legends, but have been left unexplored until today. If indeed Josef is correct in his observations, can we then assume that at some point global civilization may very well be able to activate a free energy grid of sorts using the pyramid concepts? It’s a question I have  pondered  for myself .

Without giving too much away, it’s time for you to kick back and enjoy the interview. Feel free to contact us for further questions or to contact Josef Dolezal.

About  The Pyramid Center and Joef  Dolezal 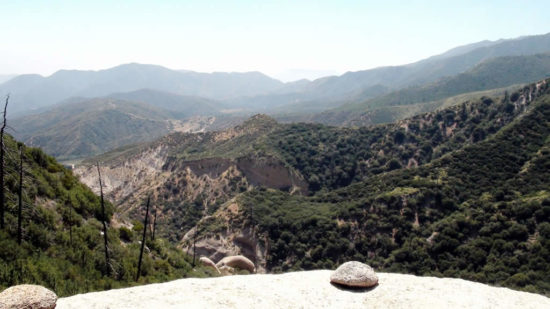 The Center:Staying at The Pyramid Center.

Option 1: Stay inside our premium living quarters, generally designed for 1 person or a couple, and offering 200 – 350 square feet of living space integrating exceptional comfort to provide you with a maximum rejuvenation experience.

Option 2: Bring your tent (or living situation), and rent a designated pad of space (generally 12x 12 feet) either daily, weekly, or monthly.

* Rates vary upon session and availability.

If you simply wish to see The Pyramid Center for only one day, please contact us @ contact@thepyramidcenter.org.

Josef (Joe) Dolezal is the founder of The Pyramid Center. His early life was spent in the Inland Empire (Southern California), but has lived in Florida, the Czech Republic and has traveled extensively throughout the world including Europe, Nepal, Egypt, Israel, Jordan and Cambodia just this year alone. He studied at the University of South Florida (U.S.F.) working on his B.S. degree in mathematics while minoring in physics.. His predominate interest for nearly a decade has been to understand the ‘magical’ links between yogic scriptures, Masonic dogma and essentially all religious allegories the world over. Frequently traveling between Los Angeles and The Pyramid Center, Joe plans to move to the mountains of The Pyramid Center to completely devote himself to the cause of The Pyramid Center by the middle of 2013. In recent years, he has spent most of his time deeply studying the Upanishads and attempting to reconcile his suspicion that correlates the Suns Nuclear Fusion process with Human Mediation and the development of psychic powers. He has revolved around the Sun 30 times.  Visit his website at The Pyramid Center and Joef  Dolezal