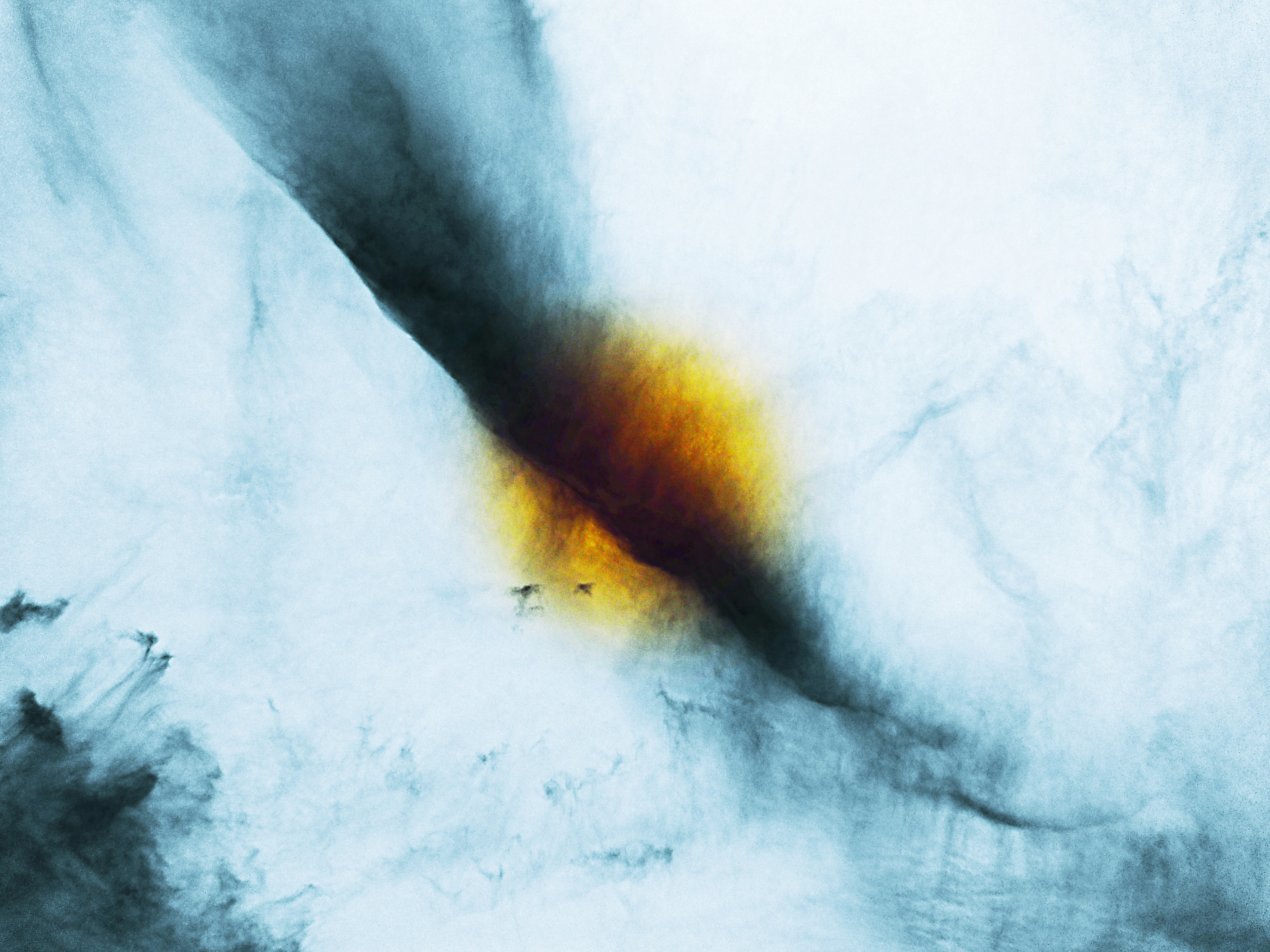 The You Tube Channel for the following evidence is Crrow777

In the video you are about to watch, you will see what appears to be a white orb, but keep watching because this is not what it turns out to be at all. The maker of the film did a great job on filming it, I must admit, one of the best I have ever seen. I have never seen an “orb” explode!

UPDATE: 2-18-14  I have reached out to the maker of the film SEVERAL times to no avail, he simply will not return my posts on You Tube or any emails. It would have been good to have a discussion with him as so I could at least disprove that this film is a hoax. I  have not been able to verify  the footage at this time.

The maker of this short video states:
Published on Jan 17, 2014
“What is this that exploded near San Diego? I filmed this while filming chem planes spraying very low and the object appeared after the second, higher, trail was laid. Whatever fell from the object rained down into a very urban area full of houses. I have no idea what to think at this point!” (Scroll down to see the video, it is astounding!)

Here is the transcript of the video:

0:01
okay so this is a pretty darn serious clip
0:04
I hope you guys pass this around people need to see what’s going on
0:08
I was set not my school croats said hey look there’s an orb
0:12
and so manually I tried to get in my scopes
0:16
viewfinder which is not an easy task anyhow
0:20
in here’s what I picked up
0:23
at first I thought it was an orb and it’s very difficult to operate the
0:28
school manually with no controls because everything’s in reverse and you’re kind
0:32
of
0:33
just swinging you know what you see is backwards to what you’re doing
0:37
this is the object that I picked up at first I thought while finally we’ve got
0:42
a
0:42
the telescope on an orb but this is no war
0:46
on I’ve seen or herbs
0:49
and I’ve seen a lot of things their bright like a welding arc
0:53
this thing was super super why but the Sun is going down behind it
0:58
now what happened here was there was a cam trill
1:02
that it’s going through now that had been laid are not ten minutes prior
1:07
fifteen minutes prior was already starting to widen out and then there was
1:11
a fresh can’t relate just over it now I assume this was dropped outta that can’t
1:15
roll plane I don’t know where else occur to come from
1:17
on the cam trolls were very low on close together
1:21
um as you can see it almost looks like it has a phase on another know whether
1:25
it’s the Sun coming through this thing or what’s going on
1:28
but as this thing began to drop I noticed another thing
1:32
you can see the chemtrails are going to the left and this round
1:36
or call it orbits not nor is going to the right
1:40
almost like it’s being controlled somehow it’s going against the breeze
1:43
that’s pushing the chemtrails to the left
1:45
now watch this clip until three minutes and 30 seconds you have to see what
1:51
happens here
1:52
from this was done over
1:56
solid houses miles and miles of solid houses
1:59
and I attracted all the way down to the roof of my house blocked me from seeing
2:03
any further
2:04
and I edited this down cuz I have 15 or 20 minutes worth the footage up this
2:09
falling but anyhow in a second here
2:12
you’re gonna see what happens on here comes
2:16
boom
2:19
an all this I mean lord only knows
2:24
what’s in this show you a few views here right change the color I slow it down
2:29
on as you man now
2:32
here comes again your in it looks like I got shot or something but I didn’t hear
2:37
any
2:37
order anything like that it just blew up um
2:41
the crazy thing is is
2:44
all the stuff was falling I am
2:47
and I had the opportunity to track the stuff that was falling and I think I
2:52
picked the wrong object what I ended up by the time I got on the computer I
2:55
realized
2:56
I tracked the container that held the scrap that they blew up over houses
3:01
and there’s a red thing that you’ll see in the following footage
3:04
this picks up again right at the explosion the lowest thing you can see
3:08
here is like a red amber
3:10
and I was looking into 3-inch LCD so I couldn’t really tell
3:13
so I picked up the brightest thing which is that white thing which I believe is
3:16
just the container
3:17
the held this crap whatever it is
3:21
nah nobody chemicals who knows on
3:25
but its all falling down in the neighborhoods were there is wall to wall
3:29
houses
3:29
am I’m calling this thing a cam bomb I don’t know what it
3:33
what else it could be I’m I didn’t see it come out of the plane
3:37
but I don’t know where else it could have come from
3:40
it fell against the the wind the prevailing wind was blowing the
3:45
chemtrails to the left of this frame
3:47
and this thing fell to the right there’s the red object again near the bottom
3:51
it’s a glowing ember and you can actually see just moving away from it
3:54
and sparkles come
3:55
any rate I’m gonna speed this up at some point so you don’t have to watch it just
4:01
fallen fallen fall
4:02
but I tracked the all the way down in the stuff fell on houses
4:06
on you know I filmed some astonishing clips on film
4:10
when I think the Holograms on the moon film boomerangs
4:14
that are clearly under intelligent control but this clip right here
4:17
needs to get passed around whatever they dropped out this plane whatever blew up
4:22
outta this
4:23
cam bomb fell all over houses
4:27
arm I don’t know what else to say about it any harm to quit talkin if you wanna
4:32
watch the rest
4:32
she can it just shows the I guess the container falling
4:38
and you’ll see sparkles nothing’s come as a goes down
4:41
but I tracked it all the way down into my roof blocked me from seeing it
4:45
and I know damn well this fell on people houses
4:49
gardens water just it’s ridiculous
4:52
any help there it is

Please watch it now, and pay attention to his guidance ….do not stop this video until you at LEAST see the explosion.

If you have any comments, please use the comment section to address your issues, write to us  at info@thetruthdenied.com, or post to his YOU TUBE channel here: Crrow777 (Also you may wish to sub his channel because I have found it to be pretty awesome!)

Please sub our You Tube Channel today! Just click on the poster or here  THE TRUTH DENIED CHANNEL

3 thoughts on “Orb explodes in chemtrail caught on film in San Diego, CA”