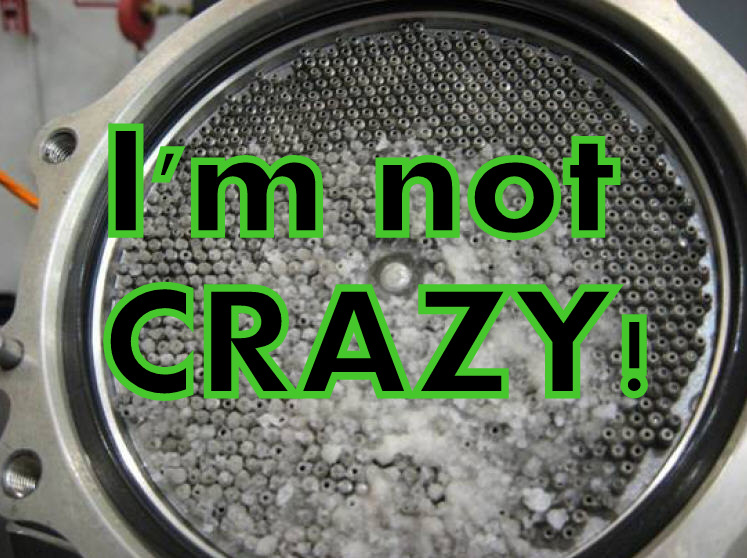 Are you going crazy?

The idea of hearing music playing late at night when there is no obvious  source for the audio or hearing  several voices having a conversation out of nowhere when you are the only one at home is  actually more common than you may think. In the past, this rarely discussed topic  was  considered taboo, crazy,  or had only been experienced by the “mentally ill”. Not anymore! Some of the most celebrated thinkers, inventors, visual artists, actors, entertainers and classical composers in the world have experienced the same phenomena. As technology continues to evolve, more and more of the general public is questioning what they might be hearing and they are demanding answers. Keep in mind  that I am not referring  to that  “catchy song”  you heard the other day that keeps playing over and over in your head, or the  disturbing insult that your boss hailed at you last week . We will break this article down for you in hopes that  it will help you to identify which category you fit into, if any.

John Lennon on Insanity: “Our society is run by insane people for insane objectives. I think we’re being run by maniacs for maniacal ends and I think I’m liable to be put away as insane for expressing that. That’s what’s insane about it.”

An example of  what is known as “musical hallucinosis” would be the  case of the 62-year-old surfer. He heard the opening bars of Jimi Hendrix’s Voodoo Child for six months, when there was really no sound there. This man had mild deafness and smoked cannabis but otherwise had no other relevant medical history. According to BPS Research, ‘musical hallucinosis’ is “often associated with deafness and Mocellin’s team think the condition may reflect the spontaneous, aberrant firing of those brain cells whose job is to process music, if there were any to be heard. Higher brain levels then seek to make sense of this spontaneous firing, often drawing on musical memories in the process – hence the common experience of perceiving music from previous eras.”

The last case, a 78-year-old, was profoundly deaf, had Alzheimer’s disease and lived in a care home. He heard hymns and songs that were popular in the 1940s and 50s. Although he had cognitive impairments associated with dementia, he had no other psychotic symptoms besides hearing music that wasn’t there.

Ramon Mocellin and his colleagues explained that people with musical hallucinosis generally realize that their auditory experiences are a trick of the mind, thus distinguishing their symptoms from the hallucinations experienced by people with psychosis, who generally believe their unusual perceptions are real.

Link to article on musical hallucinosis published in The Sunday Telegraph in 2004.

According to HUB PAGES, psychic hearers are representative of a cross-section of society. They tend to encompass diverse demographic, religious, political, and educational backgrounds. These individuals are typically engaging, function at peak capacity, and are employed in a variety of professions. The most common audio cases  include voices of the angles, choirs, a  single voice that warns of eminent danger to come, precognitive, a dream, relatives that have crossed over, clairvoyance, and other such phenomenons.

“One of France’s esteemed warriors and Roman Catholic saints, Saint Joan of Arc commenced hearing voices at thirteen years old; and claimed to perceive the sound of St Michael, St. Catherine, and St. Margaret’s voices.” The oracles of ancient Greece were known to experience auditory hallucinations while breathing in certain neurologically active vapors, while the more pervasive delusions and symptomology were often viewed as possession by demonic forces as punishment for misdeeds. IN the modern age, those such as the British actor, Anthony Hopkins, acknowledged “hearing a nasty voice that attempted to undermine his self-confidence while growing-up and acting talent in adulthood during an interview.” The founder of Agape, Dr. Michael Beckwith, and others just like him  affirm hearing the voices of  spiritual guides. The International Community for Hearing Voice (Intervoice) is a worldwide advocacy organization for people who hear voices based in the United Kingdom. Their website ishttp://www.intervoiceonline.org/.

Auditory hallucinations have been known to manifest as a result of intense stress, sleep deprivation, drug use, and errors in development of proper psychological processes. Other causes would include high  caffeine  as the study conducted by the La Trobe University School of Psychory logical Sciences revealed that as few as five cups of coffee a day could trigger the phenomenon.

Note* The Truth Denied did a poll/questionnaire on it’s Facebook page, asking the question “Do you ever hear music playing when there is no radio or TV on, and it is not coming from your neighbor’s home? Like it is way out there in the back ground?”  TTD also included “voices” or “conversations” when no one is at home. We had an overwhelming response to the question, which prompted us to look into this further. (Check here for the answers to our questionnaire from the public )

A very low frequency, low voltage electromagnetic signal similar in form to normal brain waves could cause the brain to interpret the signal as an acoustic “sound” received through the ears. One example is Tinnitus that  can have  similar effects. In Tinnitus a sound or sounds are “heard” without there being an external, acoustic source for the sound. In tinnitus the brain is interpreting an internally generated electromagnetic signal as an acoustic sound or sounds. Causes of Tinnitus range from an ear infection, hearing loss, stress, or a hereditary disorder causing progressive deafness due to overgrowth of bone in the inner ear known as Otosclerosis. The sound of tinnitus may be constant or it may come and go intermittently.It may be throbbing.It may occur in one ear or in both ears.Most often, the sound is a high pitched continuous tone, but it may also be described by the patient as a click, buzz, or a hum. Again, Tinnitus is often associated with hearing loss and the patient may complain of decreased hearing, even if the tinnitus is absent.

Humming, roaring, hissing, rushing, zapping, and buzzing noises are frequent in conjunction with sleep paralysis (SP). This happens when the REM atonia sets in sooner than usual, before the person is fully asleep, or persists longer than usual, after the person has (in other respects) fully awoken. Sleep paralysis is reportedly very frequent among narcoleptics. It occurs frequently in about 6% of the rest of the population, and occurs occasionally in 60%. In surveys from Canada, China, England, Japan and Nigeria, 20 to 60% of individuals reported having experienced SP at least once in their lifetime. The paralysis itself is frequently accompanied by additional phenomena. Typical examples include a feeling of being crushed or suffocated, electric “tingles” or “vibrations”, imagined speech and other noises, the imagined presence of a visible or invisible entity, and sometimes intense emotion of  fear, euphoria and sometimes orgasmic feelings. SP has been proposed as an explanation for at least some alien abduction experiences and shadow people hauntings.

Very little is known about electronic Harassment. The following is an introduction for those of you who may feel you fit into this category. It is quite extensive, though please be aware of the  following content. It is meant to be informative rather than fear mongering.Electronic Harassment comes in many forms and types.

Other websites report such stress related to something TI’s (Targeted individuals ) claim as  V2K which is  a voice to skull device. TI’s claim present the technology as a weapon use for transmitting voices with low or high frequencies. Voices can also  be used for commands or harassments attacks that may look  or sound like the TI’s own personal  voice. V2K can also be programmed to induce or manipulate dreams or to deprived TI sleeps.

Electronic Surveillance
Electronic Surveillance is the imposed observation of a person’s belongings, person or surroundings through the use of electronic listening devices, video recording or transmitting devices, spectral imaging through heat or infrared, sound or other radiation sources, and any other means of observing a person’s actions, possessions or routines. Not all forms of surveillance use electronic devices and not all forms of surveillance are illegal or considered harassment. Simply observing someone using ones eyes is certainly also considered surveillance and is not illegal in and of itself. Surveillance has become quite advanced and will become more pervasive as our society progresses in technology. Micro recorders, covert hidden video cameras (such as pinhole cameras), ultra tiny microphones, micro transmitters, and other bugging devices are easy to get by anyone at spy novelty shops and online stores.

Millions may be carrying microchips in their bodies worldwide. The Safe Medical Devices Act, which became a law in 1990, requires USA manufacturers of implants and medical devices, to adopt a method for identifying and tracking their products permanently implanted in humans, and to keep track of the recipients, in case malfunctions arise. Breast implants, pacemakers, replacement heart valves and prosthetic devices implanted in millions worldwide are all to be tracked. And one of the methods used to track these devices is implanting microchips which store data about the manufacturer, the surgeon, the date of implant, etc.

The use of simple, easy to procure lasers to harass or “Dazzle” a subject is becoming more prevalent. Subjects of this type of harassment have reported seeing “little red dots” on their curtains, through their windows or on themselves. There have been numerous reports of people being momentarily blinded by red lights (red lasers) while they were driving in their cars. Some of these incidents have resulted in traffic accidents, although no permanent blindness has yet to be reported as a result of being “spotted”. http://www.bugsweeps.com/info/electronic_harassment.html
Personal tracking and recovery system

Abstract
Apparatus for tracking and recovering humans utilizes an implantable transceiver incorporating a power supply and actuation system allowing the unit to remain implanted and functional for years without maintenance. The implanted transmitter may be remotely actuated, or actuated by the implantee. Power for the remote-activated receiver is generated electromechanically through the movement of body muscle. The device is small enough to be implanted in a child, facilitating use as a safeguard against kidnapping, and has a transmission range which also makes it suitable for wilderness sporting activities. A novel biological monitoring feature allows the device to be used to facilitate prompt medical dispatch in the event of heart attack or similar medical emergency. A novel sensation-feedback feature allows the implantee to control and actuate the device with certainty.
Read The Complete Patent Information

This is one of 66 low-earth orbiting (LEO) satellites comprising the Iridium satellite system. The original company went bankrupt so the US Department of Defense assisted in making sure the system stayed in operation. The system is currently maintained by the Boeing Company.

If you feel you are being harassed we have found a number of websites that claim to be aware of the problem and are  offering services to the general public.

Sub our You Tube Channel  TODAY!

7 Responses “The Voices in your head, are they real?”