Is Geoengineer David Keith Disinfo? If so, why are you buying the lie? 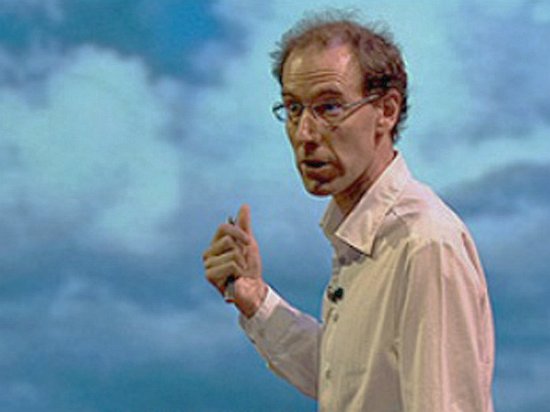 The question is, if David Keith is a disinformation agent, a corporate salesman, a liar, then  why do so many chemtrail activists not only  regularly quote him, but use Mr. Keith’s statements as the chemtrail bible. Unfortunately, this is a strong contradiction in the Activist movement.

Many  chemtrail and  geoengingeering activists  in the past have declared  David Keith a disinformant, a liar, a paid thief, yet  thousands of  environmental activists, constantly  quote him.  Many activists actually rely on David Keith’s statements and  completely ignore  atmospheric  science as if Mr. Keith were the “geoengineering God”. But I have to ask, has this been purposeful deceit?

Activists against chemtrails  and  geoengineering, tout that those big white lines in the sky  are actually SRM (Solar Radiation Management). Herein lies the problem, literally! Activists believe that SRM programs are aiding the planet by cooling it down, which could not be further from the truth.  This is nothing short of  an ongoing David Keith promotion for geoengineering funding, which he has  actively  pursued for over a decade.

David Keith is just one of the scientists who  claims   solar radiation management is a solution to Global Warming.
Wired – Bill Gates Funds Research Into Climate Hacking
“Solar-radiation management may be the only human response that can fend off rapid and high-consequence climate change impacts,” Keith said in a press release Wednesday. “The risks of not doing research outweigh the risks of doing it.” 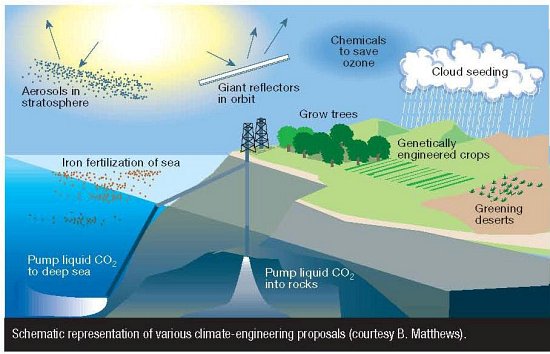 An article in Harvard Magazines claims that  David Keith himself is not sure how chemtrail activists are making claims  regarding “contrails are  effectively cooling the earth”?
Harvard Magazine – Buffering the Sun – David Keith and the question of climate engineering
Keith speaks candidly about the risks and uncertainties of solar geoengineering, acknowledging a range of possible outcomes. “The balance of evidence so far suggests that solar geoengineering could reduce climate risks, but early science might be wrong,” he says. “We need experiments, which might show that it does not work.” Additionally, some research suggests that sulfate aerosols may further damage the ozone layer, an issue that he says needs further study.

According to  scientists:
AVIATION AND THE ENVIRONMENT – Aviation’s Effects on the Global Atmosphere Are Potentially Significant and Expected to Growr
Our characterizations of clouds and particles closely parallel those of the IPCC report. For example, our draft report said “contrails . . . may warm the earth’s surface.” The IPCC report stated that contrails “tend to warm the earth’s surface.” We changed “may” to “expected to” to match the strength of our statement with that of the IPCC. In addition, our draft report said “. . . cirrus cloud cover tends to warm the surface of the earth.

Dr. Peter F.J. van Velthoven – Atmospheric effects of aircraft emissions
Contails lead to a reduction of the solar radiation reaching the surface (surface cooling) but they also enhance the greenhouse effect (surface warming) by absorbing longwave radiation welling up from the earth and atmosphere below. This might result in net cooling or heating depending on the size and optical depth of the ice crystals of which the contrails consist. Contrails thus lead to surface warming at night and generally to surface cooling at daytime. Presently it is estimated that contrails lead to a net warming effect over the full day. 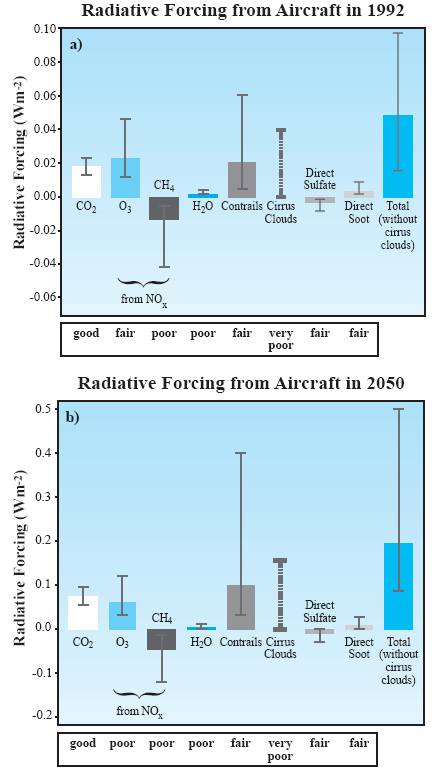 Thus far David Keith is not convinced when it comes to this argument.  One thing for sure is that the scientific community is publicly  stating that trails are heating the earth, not cooling it. Who do you believe? Who can you believe?

A couple of facts. Were you aware  of the term  ” green house effect what it causes? For one, it  produces colder  day time climate, yet a much warmer night leaving over all average temperatures higher. The cause?  When metal  particles scatter, they cause a dimming of the sun , blocking the sun causing a cooler overall day time climate.What happens to the night time temps? The particles blanket the atmosphere and trap the heat resulting in warming temps..

So in actuality, those  who claim that  trails are used for the purpose of  cooling the earth are  actually either misinformed or purposely spreading disinformation. And how convenient! These individuals become a marketing tool for David Keith. The irony! They become a tool for someone they don’t even trust!

Please be mindful of such nonsense!  Even David Keith  suggests that when  he can convince the masses of  his ideas, then spraying  will become  unstoppable. It is the silent YES of WE THE PEOPLE.  This is corruption, and those who are in activist roles  attempting to make a changes for the better are  preaching disinformation, the water gets pretty muddy. Wouldn’t you agree? Who gave them the right to experiment with our weather?

Remember, these are vain attempts to control the weather on this planet, these are experiments!

Harvard Magazine – Buffering the Sun – David Keith and the question of climate engineering
Still, he’s concerned. “I think the underlying brute reality”—that solar geoengineering “does seem to provide a significant way to reduce climate risk at very low cost—is going to be very powerful,” Keith says, “and I think it’s going to be hard to stop people from rushing to do it. I’m not eager to see things go faster.”

It is scary because David Keith claims that  it would be very inexpensive as well!
Harvard Magazine – Buffering the Sun – David Keith and the question of climate engineering
Keith argues that costs for solar geoengineering are so low that “cost will not be a decisive issue.” Instead, he says, scientists and policymakers will have to weigh risks: “the risk of doing it against the risk of not doing it.”

Grants for research are provided to the University of Calgary from gifts made by Mr. Bill Gates from his personal funds. The activities of the Fund for Innovative Climate and Energy Research fall outside the scope of activities of the Bill & Melinda Gates Foundation.

Since its inception in 2007, FICER has given out grants to 13 research projects and various scientific meetings totaling $4.6 million. Internationally known climate scientists Dr. David Keith of University of Calgary and Dr. Ken Caldeira of the Carnegie Institution select projects that receive support from the fund. While Mr. Gates provides input from time to time on the fund, Drs. Keith and Caldera make final decisions on projects.

They claim they will never use  these s funds for field tests, but they are!

Stanford University – Fund for Innovative Climate and Energy Research
FICER has not supported and will not support any field tests of methods that introduce new kinds of interference into the climate system (e.g., solar radiation management, ocean fertilization). We are in favor of field testing industrial processes that can remove excess carbon dioxide from the atmosphere. 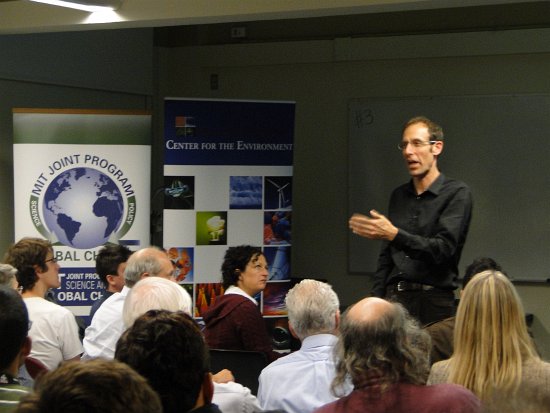 David Keith won’t move forward without public consent, really!
Harvard Magazine – Buffering the Sun – David Keith and the question of climate engineering
Some critics say field tests should be banned because they are the first step down a slippery slope toward full-scale solar geoengineering. Keith emphasizes that he and Anderson will not move forward without public assent: “We will not do [our study] unless we have some formal governmental approval and public funding.”

The New York Times – Trial Balloon: A Tiny Geoengineering Experiment
But Dr. Keith said he felt strongly that any experiment outside a laboratory that involved injecting even tiny amounts of particles into the atmosphere should involve “public funding and public governance.” “We will not do an outdoor experiment with that funding,” he said, referring to the money from Mr. Gates.

David Keith is working the public, and it’s obvious. He’s a corporate thug, a salesman  attempting to convince the general public that SRM will save the planet,( even  though  he  doesn’t believe it for himself!) If he can win the public over, he will use the money to continue the SRM , typical politics!

Summary for the public

Please  let others know  that those trails in the sky  are  actually warming  the earth creating more of the Global Warming Hoax. SRM is not helping ,  and has countless unknowns. Please pass this information along to your groups and email lists.

If you have any further questions, please write us at info@thetruthdenied.com

4 thoughts on “Is Geoengineer David Keith Disinfo? If so, why are you buying the lie?”