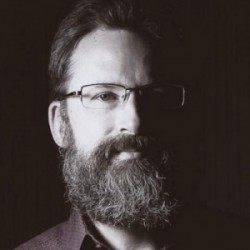 Please listen to Patrick Roddie’s testimony and pass it on.

PUBLIC COMMENTARY ends on 8-31-2015  Please fill it out so that your voice will be heard!

I filed my comment using the following link:  (http://www.regulations.gov/#!submitComment;D=EPA-HQ-OAR-2014-0828-0001)  regarding the ISSUE. My Comment Tracking Number: 1jz-8kkp-kq3j . Once you have filed your comment it may be viewable on Regulations.gov click here (http://www.regulations.gov/#!docketBrowser;rpp=25;so=ASC;sb=docId;po=150;dct=PS;D=EPA-HQ-OAR-2014-0828)and once the agency has reviewed it. This process is dependent on agency public submission policies/procedures and processing times. Use your tracking number to find out the status of your comment.

The Environmental Protection Agency (EPA) Proposed Rule: Greenhouse Gas Determinations: Emissions from Aircraft Cause or Contribute to Air Pollution that May Reasonably Be Anticipated to Endanger Public Health and Welfare (<<—-Click here to file your comment!)

Today’s hearing is supposed to address whether greenhouse gas emissions from aircraft endanger public health. When you mention greenhouse gas, most people think of carbon dioxide – a trace gas essential to all life on earth.

But CO2 represents just 3% of the planet’s greenhouse gas – 95% of it is water. Even preschoolers know overcast skies make the nights warmer and days cooler. Clouds insulate, trapping heat and reducing the temperature range from the night’s lows to the day’s highs.

Which brings me to persistent contrails. All but the willfully ignorant know our skies have changed dramatically over the past few decades. The dark blue skies of our childhood have been replaced with a milky white haze, criss-crossed with fast expanding persistent contrails, stretching from horizon to horizon and spreading out to cover the sky. These trails can stretch for thousands of miles and can be seen by anyone visiting NASA.gov.  These trails persist regardless of altitude, temperature, humidity or other atmospheric conditions. Persistent contrails used to be rare, but have now become an everyday phenomenon all over the world. If physics hasn’t changed, what has?

So what makes these trails form, persist for hours and stretch thousands of miles? Which condensation nuclei are they forming on and are these harmful to human health?

Geoengineers propose spraying tens of millions of tons of reflective particles into the atmosphere in an attempt to reflect sunlight back into space and reduce global warming. This is known as Solar Radiation Management, Stratospheric Aerosol Injection or Albedo Modification. This process, patented by defense contractor Raytheon, is quite simple. Tiny particles sprayed from jets would act as condensation nuclei, attracting atmospheric water vapor to form persistent artificially nucleated contrails which would then spread out to form artificial cirrus cloud cover.

When geoengineers discuss Solar Radiation Management in public, the only substances they say they’d consider spraying are sulfates or sulfuric acid. However, their own literature concludes that sulfates have limited effectiveness and that highly toxic nano particles of aluminum and barium should be used instead. And when confronted, they doggedly refuse to address the human health impacts of their proposals. Other geoengineers are more candid about their plans to poison the sky. Stanford’s  Ken Caldeira admitted in 2006 that he discussed putting pathogens in clouds to wage chemical and germ warfare on civilian populations when he worked at a government weapons lab. It’s no surprise the public doubts these scientists have their best interests at heart.

Last month I brought a paper to the Paris Climate Conference addressing the adverse human health effects of proposed geoengineering solutions. I formally request it be entered into the record. It documents the dramatic increase of Alzheimer’s and respiratory failure since the 1990s when persistent contrails became commonplace around the world. I conclude that these persistent contrails are in fact artificially nucleated with the toxic particulate metals outlined in Raytheon’s patent and that a Solar Radiation Management program has been deployed since at least the 1990s.

Weather modification research is nothing new; the earliest patent dates back to 1920. Raytheon’s patent proposes reducing global warming by injecting aluminum, thorium and other metallic oxides in the 10-100 micron range into the stratosphere using jet exhaust.

The US Navy patented another delivery method which forms artificially nucleated contrails from metal oxides with a 0.3 micron particle size. Other methods include airships, rockets, chimneys and slurry pipes.

The best known proponent of Solar Radiation Management is Dr David Keith. He told the 2010 annual meeting of the American Association for the Advancement of Science that aluminum oxide has four times the volumetric radiative forcing for small particles as does sulfur and 16 times less the coagulation rate. Sulfur particles stick together and quickly fall out of the stratosphere and are much less effective per unit mass. He also said a nano fabrication study proved it was very simple to spray high quality alumina particles from a plane by injecting alumina vapor into the exhaust.

His 2010 paper, “Photophoretic levitation of engineered aerosols for geoengineering,” proposes spraying 50nm thick discs of aluminum, barium, titanium and ferrite instead of sulfates.

The Material Safety Data Sheet for nano particulate aluminum oxide states it’s an irritant to the respiratory system, is implicated in Alzheimer’s disease, can cause pulmonary disease, tumors and neoplasms and should also not be released into the environment without proper governmental permits.

Alzheimer’s disease rose to the 6th leading cause of death in the US from the 8th between 1999 and 2013. In 1994, it didn’t even make the top ten. Now people in their 20s are showing signs of Alzheimer’s.

Research shows that aluminum accumulates in the brain, bones and kidneys, is a neurotoxin, accelerates brain aging, increases oxidative stress and inflammation of the brain and is seven times more bioavailable when inhaled than when ingested orally

Barium is much deadlier. According to its Material Safety Data Sheet, exposure to barium salts can cause pulmonary arrest, vomiting, diarrhea, convulsive tremors, muscular paralysis, shock, convulsions and sudden cardiac failure. Barium targets the cardiovascular, nervous, gastrointestinal, hematology, respiratory, reproductive and renal systems as well as the adrenal glands and liver. It is also an irritant to the skin and eyes and should not be released into the environment.

In 2011, respiratory failure overtook stroke to become the third leading cause of death in the United States, at a time when smoking was at an all-time low, emissions standards on vehicles and power plants were at their strictest and heavy industry had relocated to China.

Hundreds of scientific papers thoroughly prove the toxicity of both aluminum and barium – ­ it would take days to cover a fraction of the proof.

According to EPA, particulate pollution can cause early death from heart attack, stroke, congestive heart failure and chronic obstructive pulmonary disease. It also causes asthma and inflammation of lung tissue and may cause cancer, reproductive and developmental harm. Particulate pollution can lower life expectancy by one to three years.

Water and ice have refractive indices of 1.333 and 1.309 respectively and produce rainbows with an angular radius of 42 degrees, centered on the antisolar point.

My contention that these “incredibly rare sun dogs” are formed by metal salts with a higher refractive index than water is reinforced by rainwater analysis taken during a 30 day period when I recorded 21 of these halos in March to April 2015. I collected rainwater in clean glass bowls on the roof of my San Francisco apartment building on April 5th, 2015, six thousand miles downwind from the nearest factory, power plant, refinery, freeway, quarry or mine. I sent it to a NELAP certified lab and they recorded barium at a staggering 160 micrograms per liter. Less than a gram will kill an adult human.

An earlier test of rainwater collected in January 2014 recorded aluminum at 190 micrograms per liter. I submit both these rainwater tests into the record.

San Francisco’s air should be pristine: we get prevailing winds from the Pacific Ocean. Why is it left to concerned citizens to pay for our own rainwater analysis – and why did EPA stop publishing data on airborne aluminum in 2002? Let me take this opportunity to formally submit a freedom of information request for EPA to release the historical results of metal levels in our air and rainwater from the 1980s to the present.

I have recorded hundreds of time-lapse videos showing the progression of these persistent contrails since 2011. Thousands of others worldwide have also documented the alarming increase of these persistent contrails and been met with deafening silence from supposedly green organizations like Greenpeace – ­ a proud partner in the Solar Radiation Management Governance Initiative ­ – and all governmental agencies, including the EPA.

Your mandate is to protect the environment, especially the air we breathe. I wouldn’t expect you to admit the existence of a program as covert as the Manhattan Project – even one blatantly obvious to an increasingly aware and outraged populace –  but when a geoengineering program is causing millions of premature deaths a year you must do more than pass the buck back and forth between other three letter agencies. Do your job ­ history will judge you on your action – and inaction.”  END TRANSCRIPT

In this action, the Administrator is proposing to determine that greenhouse gas concentrations in the atmosphere endanger the public health and welfare of current and future generations within the meaning of section 231(a) of the Clean Air Act. She proposes to make this finding specifically with respect to the same six well-mixed greenhouse gases (GHGs)—carbon dioxide, methane, nitrous oxide, hydrofluorocarbons, perfluorocarbons, and sulfur hexafluoride—that together were defined as the air pollution in the 2009 Endangerment Finding under section 202(a) of the Clean Air Act and that together constitute the primary cause of the climate change problem. The Administrator is also proposing to find that greenhouse gas emissions from certain classes of engines used in aircraft are contributing to air pollution—the mix of greenhouse gases in the atmosphere—that endangers public health and welfare under section 231(a) of the Clean Air Act. Concurrent with these proposed findings, the EPA is issuing an Advance Notice of Proposed Rulemaking to provide an overview of and seek input on a variety of issues related to setting an international CO 2 standard for aircraft at the International Civil Aviation Organization (ICAO), ICAO’s progress in establishing global aircraft standards that achieve meaningful reductions in CO 2 emissions, and (provided the EPA promulgates final endangerment and cause and contribute findings for aircraft engine GHG emissions) the potential use of section 231 of the Clean Air Act to adopt and implement corresponding aircraft engine GHG emission standards domestically, ensuring transparency and the opportunity for public comment. Read more here :http://www.regulations.gov/#!documentDetail;D=EPA-HQ-OAR-2014-0828-0001