A wise, mighty and definitive plan

On Saturday Sept 19th I went to a movie at a Cineplex theater and in the pre-show spots I saw an ad for Project Everyone, an Agenda 21 like plan. When I returned home I looked for the ad and found this – SAWA/Project Everyone and the UN Project Everyone web site.

On September 25th 2015,  193 world leaders will commit to 17 Global Goals to achieve 3 extraordinary things in the next 15 years. End extreme poverty. Fight inequality & injustice. Fix climate change. The UN led Global Goals for sustainable development says we could get these things done. In all countries. For all people. See the United Nations Sustainable Development Summit 2015 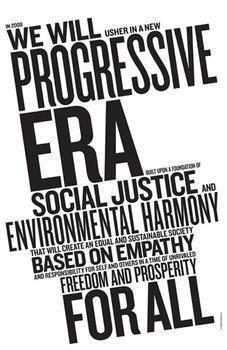 READ THE ENTIRE Transforming our world: the 2030 Agenda for Sustainable Development

Project Everyone, founded by Richard Curtis, aims to make the Global Goals the most famous Goals on the planet by sharing them with 7 billion people in 7 days from the moment they are adopted. The more people that know about the Goals, the more people will work to ensure global leaders drive change and the more young people will be inspired to join a new generation of Global Citizens. http://www.sawa.com/project everyone

Here is one video they have put out. The Global Goals – Everyone needs Everyone

According to the UN the global goals provide a unique opportunity to end poverty, reduce inequality, build peaceful societies and fix climate change. It promises the promotion of peaceful and inclusive societies for sustainable development, the provision of access to justice for all, and building effective, accountable institutions at all levels. 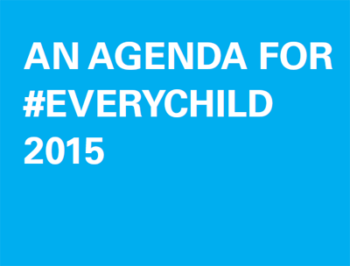 The UN Sustainable Development Plan was published on Sept 11 of this year and today their meeting: Implementing the SDG’s: Getting Started at Columbia University to adopt these goals. Note the language here – share and identify solutions that ‘support’ stakeholders goals.

While there has not been much about Project Everyone on your social network, yet. It is my guess you will and I have found some others reading this Project in the same light  – this is a good video synopses by a youtube channel – it does predict some drastic, militaristic outcomes, the UN Plan for Global Domination

I have not researched the other September events, nor have I considered how  this will impact us day to day – and possibly, not at all. But I feel sure you will soon hear about Project Everyone and perhaps be faced with bowing before the Global Goals to become one of the Everybody; pledging allegiance to the Plan. For the good of all.

When you read the goals and start following the links you discover all aspects of modern life are covered, medicine, education, religion, communication, cities, gender equality, environment, economics, government……

Today the Pope is meeting with the president, there is nothing on the news about what is occurring at the UN, the children are meeting in prayer groups and the language of heroism is being spoken: end poverty, end violence, end hunger, equal, equal everything for everybody …the spell cast.

How to reach 7 billion in 7 days? These are the key points in the marketing campaign- from the Project Everyone web site.

Our Job: To show 7 billion people in 7 days that there is a wise, mighty and definitive plan on the table.

Your Job: To become a part of the world’s greatest team and help deliver this audacious campaign.

Will you do your job? Do you trust a global solution to mans enduring and critical problems? I am not feeling very supportive and having knowledge of the workings of our spy net – I realize it will soon be almost impossible to sit in safety and dissent the popular cultural ideal.

Agenda 21 Phase I appears complete – deforestation, loss of habitat, destruction ongoing of all ecosystems, privatization of farm land, expropriation of traditional lands for corporate use, no untouched pasture,  no clean water, the air dirty with metallic reactive properties; a witches brew.

These issues along with hunger driven by drought and natural disaster will force more and more people into cities to eat, to survive and once there. The freeways and byways surround them all. The Everyone.

Is there any look back that can light the lamp going forward, have we been here before – can we find anything in prophecy?

The UN “Transforming our world: the 2030 Agenda for Sustainable Development”   uses the following wording to address chemtrails and the billions of dollars they have approved for spending:

The following addresses CLIMATE CHANGE, and in the words of this  UN  document, it addresses :

“climate mitigation, mobilizing jointly $100 billion annually by 2020 from all sources to address the needs of developing countries in the context of meaningful mitigation actions and transparency on implementation and fully operationalize the Green Climate Fund through its capitalization as soon as possible.”

13.1 Strengthen resilience and adaptive capacity to climate-related hazards and natural disasters in all countries
13.2 Integrate climate change measures into national policies, strategies and planning
13.3 Improve education, awareness-raising and human and institutional capacity on climate change mitigation, adaptation, impact reduction and early warning
13.a Implement the commitment undertaken by developed-country parties to the United Nations Framework Convention on Climate Change to a goal of mobilizing jointly $100 billion annually by 2020 from all sources to address the needs of developing countries in the context of meaningful mitigation actions and transparency on implementation and fully operationalize the Green Climate Fund through its capitalization as soon as possible
13.b Promote mechanisms for raising capacity for effective climate change-related planning and management in least developed countries and small island developing States, including focusing on women, youth and local and marginalized communities* Acknowledging that the United Nations Framework Convention on Climate Change is the primary international, intergovernmental forum for negotiating the global response to climate change.

“climate change mitigation, adaptation, impact reduction and early warning
13.a Implement the commitment undertaken by developed-country parties to the United Nations Framework Convention on Climate Change to a goal of mobilizing jointly $100 billion annually by 2020 from all sources to address the needs of developing countries in the context of meaningful mitigation actions and transparency on implementation and fully operationalize the Green Climate Fund through its capitalization as soon as possible…”

How does this current scenario compare to a novel written in 1967? It may be another voice of conformation, warning – many of the adults in the 1960’s were crying out that our freedom was in jeopardy the hippie movement was all about preventing the exact scenario we now find ourselves – where no one stops to smell the roses- and if they do – they are GMO roses that poison the bees.

In another article Chemtrails and Prophecy; Dialogues With The Devil I wrote about the connection between technological advancements in our current industrial civilization and the possibly prophetic story Dialogues With the Devil written by Taylor Caldwell. In the novel Caldwell explored the possibility that earth is not the first planet in this solar system(s) to have a humanoid species, nor the last. Neither according to Lucifer and the arch angel Micheal will we be the first to destroy our home; our garden. Caldwell describes the temptations and downfall into death of men on Mercury, Venus, Justia and Lencia which we will explore and compare to today.

Taylor Caldwell was born in 1907 and became a prolific and successful author who wrote her first novel; Romance of Atlantis at twelve, which was not published for over 50 years; until she became the subject of paranormal investigators. As a writer Caldwell was praised for her intricately plotted and suspenseful stories, many were about historical figures as well as the development of the U.S. from an agrarian society into the leading military-industrial complex.

In 1955 she wrote The Devil’s Advocate, set in a dystopia where North America has become a Communist dictatorship. (Post Agenda 21?) This book effectively made her a persona non grata among the American intelligentsia. So it is little wonder she was ignored in the summer of 1963 when she was startled by a dream of the young president (Kennedy) in a moving vehicle, slumped back into his seat as if he had been shot. The vision was so realistic that she addresses a letter to the White house, cautioning the Chief Executive to take extra precautions against assassins. She repeated the warnings as the fateful day approached. She was not listened to.

I read Dialogues With The Devil a long time ago, but in recent years, after reading Agenda 21 and watching the chemically laden skies my interest in older literature was reawakened and the call of warnings many novels carried whispered – the language of enslavement – always sounds like the best plan. How many of these – written so long ago are true of today, in the here an now on planet Earth. Have we fallen to the point of destruction?

In just 2 days on Sept 25th. the United Nations is releasing its post Agenda 21 plan. There is no doubting the language. In Dialogues With the Devil it is called The Great Destiny, in real life Project Everyone!

In Dialogues With the Devil is the story of Lencia’s downfall – she is in another solar system – her years are longer, therefore her 25 years would be a human generation – 40 years. Their enslavement and ultimate death happened over that short a time. 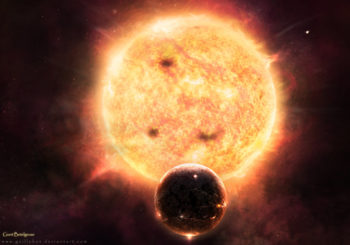 Lencia is part of the solar system around Betelgeuse; the brightest star in the constellation of Orion. The star Betelgeuse shines with golden-scarlet light and at times it blazes fiercely; heating the cities and burning the country side. This would be followed by thick clouds that brought the rains and filled the rivers. The centuries came and departed on Lencia’s long orbit. The men are intelligent and graceful and had always been free. In all its long history there had been only one war. They kept the cities clean and white. They tended the yellow and crimson and violet countryside meticulously.
The arch angel Michael says that it would be easy to forget that they had fallen in the distant past. But they had fallen … therefore a weakness existed and it was easy to tempt and Lucifer did tempt a few with a lust for power. They called their work working for the common good and justice for all

Micheal ended by asking, Can a people become so attenuated and so lifeless and so careless of living that their very reproductive impulses no longer respond? Can life itself become so worthless that instinct itself dies? No ruler of any planet has asked himself this question, but it is an exorable one, and explains the death of many civilizations in the universe.

Are our – ideas and thoughts of aliens and ancient blood mixes perhaps the result of the men of Mercury, Venus or Lencia escaping the last days of their planets? When I look at images made in days long gone of astronauts or ships or technologies – I have felt it was survivors stories represented. When I look at the current times on earth and consider theses stories – we seem to do everything mentioned – how could that be? If we are evolved unto ourselves? But I do not believe in aliens!

My first thought is that a lot of author have written of the future and been bang on. I always felt that the Lord of the Rings was a reflection of the world at the time Tolkien wrote it. Perhaps the early 60’s lent itself to pondering the new millennium? I remember we talked of it as children, we would think of how old we would be at the turn of the century – what would life be like? Surprise it is much the same only bigger, faster, louder – an exponential outward shoving. As happens when we forget the universal infinity goes ever smaller not just ever larger, we fail to think.

Other reading regarding AGENDA 21

AGENDA 2030 :Transforming our world: the 2030 Agenda for Sustainable Development