Jan 18, 2018 Apps that stalk you on phone. the truth denied, Government spying on phone, phones that spy on you, spy apps, SPYING technology 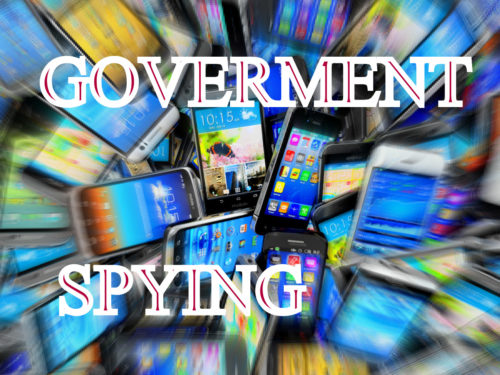 Facebook Really Is Spying on You, Just Not Through Your Phone’s Mic

Later that night on Facebook: An advertisement for Cole Haan pumps.

Five minutes later on Instagram: An ad for scales.

Wait, are they listening?

“Get the little red Sudafed pills,” my mom says after I sneeze.

That afternoon: An advertisement for Sudafed PE.

A conspiracy theory has spread among Facebook and Instagram users: The company is tapping our microphones to target ads. It’s not.

“Facebook does not use your phone’s microphone to inform ads or to change what you see in News Feed,” says Facebook.

Yeah, sure, and the government swears it isn’t keeping any pet aliens at Area 51. So, I contacted former Facebook employees and various advertising technology experts, who all cited technical and legal reasons audio snooping isn’t possible.

Uploading and scanning that much audio data “would strain even the resources of the NSA,” says former Facebook ad- targeting product manager Antonio Garcia Martinez. “They would need to understand the context of what you are saying — not just listen for words,” says Sandy Parakilas, a former Facebook operations manager.

I believe them, but for another reason: Facebook is now so good at watching what we do online — and even offline, wandering around the physical world — it doesn’t need to hear us. After digging into the various bits of info Facebook and its advertisers collect and the bits I’ve actually handed over myself, I can now explain why I got each of those eerily relevant ads. (Facebook ads themselves offer limited explanations when you click “Why am I seeing this?”)

Advertising is an important staple of the free internet, but the companies buying and selling ads are turning into stalkers. We need to understand what they’re doing, and what we can — or can’t — do to limit them.

It’s nothing new that commercial spyware is being used by law enforcement and security intelligence in countries around the world. For the most part, the public accepts the strange reality of Cybercrimes as well as identity theft and public unease appears to be minimal. Conversely, this explains why the habits conducted by internet and cell phone users is generally not one of caution; that is until the dirty deed actually happens to them.  For those savvier users, it’s apparent that we worry about rogue attacks and data mining thieves who literally want to steal away our identity.  In addition, a bigger threat seems to be lurking in the underbelly of the internet.  Is the government spying on us and if they are, why? WikiLeaks  released story about how the Government Is Spying On You Through Your iPhone WikiLeaks began publishing The Spy Files   in 2011 and has consistently claimed that the government has infected thousands of computers and cell phones with malicious software and over  160 intelligence contractors in the mass surveillance industry are involved.

One of many examples of the spy malware is the FinFisher Trojan, which is government spyware that is installed via a phony iTunes update. How many of you have iTunes?  Meanwhile hundreds of thousands of cell phone users claim that not only have they found bugs in their phones (Apple & Android alike) , they can prove that they are being tracked via legal  applications better known as APPS. Unfortunately, the end user has no idea that they are being monitored or tracked.

“In my opinion, the public is being preyed upon by software developers who are aligned with the Department of Defense, lured into app stores that serve as spyware for the government. Reasons are infinitum. “  THE TRUTH DENIED

Here is a video that should explain some of the happenings around the world, detailing how some apps can be a bad idea. The front and rear cameras, microphone, text messages and phone call logs were able to be remotely accessed.

“While the app icon was visible on my phone, there is a disguised version available with the innocuous title “system framework”. Apart from the icon there were no other signs my phone was compromised.”

ABC News has chosen not to name the app used in the (following)  experiment, but it is available on the Android app store and is just one of many apps available. “Using nearby Wi-Fi points and GPS data, my location could be tracked. Where I live, where I work and where I get my morning coffee was all visible.”- Reporter Elise Worthington

“I had no idea how easily my phone could be controlled remotely to see, hear and record what I said, everywhere I went and everything I did.”

“I consented to having the app downloaded and I knew I could be monitored at any time, but I wasn’t aware of exactly when I was being watched. And as I went about my usual morning routine, I soon forgot my phone was spying on me.”

“In the Netherlands, 300 police reports a week are filed for smartphone-theft.” 2.1 million Americans had phones stolen in 2013, according to a nationally representative survey conducted by the Consumer Reports National Research Center. (Another 3.1 million smartphones were lost.)”

Be sure to watch the following video entitled  Short Film: Find my Phone – Subtitled

Any questions? Check the Reddit AmA: https://redd.it/5jg18f  The short documentary ‘Find My Phone’ follows a stolen phone’s second life by means of using spyware. Although you’ll meet the person behind the theft up close and personal, the question remains: how well can you actually get to know someone when you base yourself on the information retrieved from their phone? Do you want the full story behind the film? You can contact me in order to answer all of your questions by means of an interview (I’m proficient in Dutch and English), or to invite me to a film festival. To use this video in a commercial player or in broadcasts, please email licensing@storyful.com contact@anthonyvdmeer.nl

Be sure to check out Peter Kirby’s latest article :

Your Cell Phone Is a Psychotronic Weapon of Mass Mind Control

To determine some of the federal investigative law enforcement agencies that may be appropriate for reporting certain kinds of crime, please refer to the following table or visit https://www.justice.gov/criminal-ccips/reporting-computer-internet-related-or-intellectual-property-crime

Do you feel that you are a product of spying or gangstalking?

How to Remove and RFID IMPLANT