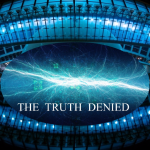 Tucker Carlson is an excellent listener. He gives Robert plenty of space to explain the FACTS and asks intelligent questions without patronizing or any agenda. Watch the interview regarding  VACCINES that Kennedy has researched.

Robert F Kennedy Jr. was one of many who presented some very alarming statistic associated with the Pharmaceutical companies and vaccines today. (see the live video below)

“The Pharmaceutical companies are part of  an orthodoxy that is cruel and misogynistic ; and it’s a Pharmaceutical Cartel that is ruthless and homicidal. You know that all 4 of the companies that now make the 72 vaccines that are mandated for our children, all of them are serial felons!”

They’re the ones that gave us the opioid crisis. That is a crisis they invented that is now killing more children in the United States every year than the Vietnam War killed in 20 years.”

Kennedy also went on to say that VIOX alone killed over 500,000 Americans, and claimed that the company is  making 50 billion dollars a year. But he determined that the big money is not just coming from the patented vaccine makers, rather the diseases they create.

Kennedy said that “The big money comes from chronic diseases that they invented such as peanut allergies, rashes, IBD, diabetes, etc.  70% of children are on Adderall, and it’s not the child’s fault.Why is nobody noticing this? One out of every 10 kids has a food allergy.

Some of the alarming statistics that Kennedy mentioned were:

Kennedy begs the question from the audience “Where is all of this coming from?”-referring to all the disease.

This may help you to understand” “RESTORING PROPER LIABILITY ON THE CHILDHOOD VACCINE MAKERS
In 1986 the US Government made vaccines a no-liability product and set up a Vaccine Court to adjudicate vaccine injury claims under the Vaccine Adverse Event Reporting System. Companies jumped at this windfall opportunity and sales shot up from about $200 million to today’s approximately $50 billion per year. There are now 54 vaccine doses required by age six, up from about 8 on the CDC Vaccine Schedule. The CDC owns several vaccine patents by the way. MISSION STATEMENT The purpose of this petition is to tell Congress one precise and limited thing that we want, the one thing that is most decisive and most achievable, and to show Congress numbers that are large enough that they will realize doing it enhances their chances of reelection and opposing it reduces their chances of reelection. This petition is pro-active (offensive) action to end the vaccine disaster, not re-active (defensive) action to prevent the vaccine disaster from getting worse. The immunity from civil suit granted to the vaccine makers by the 1986 NCVI Act is the heart and the source of all the vaccine disaster that has happened since that time. Congressional repeal of that one paragraph is the decisive objective that will lead to victory and that we must achieve first, now, AS QUICKLY AS POSSIBLE. Congress will repeal that paragraph if we show them that sufficient numbers of us want it. Congress will NOT repeal that paragraph UNLESS we show them that sufficient numbers of us want it. The polls and the major media will not touch this issue. That leaves an online petition as the only way to show large numbers to Congress publicly and in a way that is permanently visible for all to see. ” -Paul Turner of  Restore Liability For The Vaccine Makers.

Of course it’s nothing new that parents are confused about vaccines and we know why. A recent report from K-14 News in Indiana published an article about the number of “Anti-Vaxxers” is going up, not down. The 50 billion dollar industry is threatened by the idea that the amount of money that they increasingly make annually will start to decline.

“A trend of not vaccinating children has grown popular enough that the World Health Organization has labeled it one of it’s ten global health threats of 2019.

World Health Organization says that vaccinations prevent roughly 2-3 million deaths per year. But with the rise of “Anti-Vaxxers,” that number is in jeopardy of dropping, quickly.

“Mostly it’s just a general fear, and a concern about giving their baby something that could harm them, and you could imagine that concern,” said Dr. Keith Tolar, a Pediatric Urgent Care Physician at Deaconess Hospital in Evansville.

And it doesn’t stop there.

The Highwire brings you LIVE coverage of the V.I.E. Event in front of our nation’s capital in Washington D.C. on November 14, 2019. Powerful speakers stand together to bring awareness to vaccine injury. The lineup of speakers includes physicians, research scientists, lawyers, legislators, educators, human rights advocates and mothers of vaccine-injured children.Please watch the event with  RF Kennedy here:

Source:The HighWire with Del Bigtree Multistreaming with https://restream.io/ LIVE FROM THE V.I.E. EVENT! The HighWire brings you LIVE coverage of the V.I.E. Event in front of our nation’s capitol in Washington D.C. Powerful speakers stand together to bring awareness to vaccine injury.

Want to sue the Vaccine Makers?

For more information, I highly recommend a group on Facebook founded by Paul Turner called Restore Liability For The Vaccine Makers. Join this group today. Thank you Paul for supplying the list of attorneys on your Facebook group.

TRUTH, Justice, Freedom for all