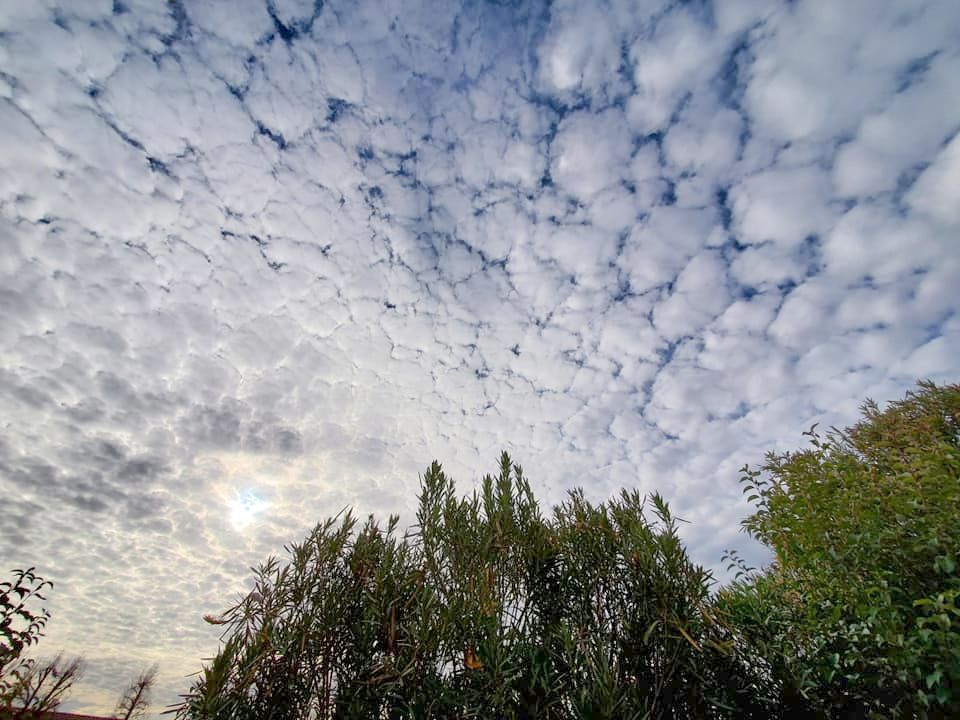 “Do we have a solution for any of this? Yes, I believe there is a solution.” Sucahyo

“Sucahyo goes on to say that “For  almost 10 years now, I have been using cemenite to improve not only my health and the health of my family,  but it also works for the weather. There seems to be many solutions on the market but unfortunately these solutions can actually make your situation worse, like organite. Hear me out, as I have tested it myself.”  And indeed he has.

The word orgonite comes from “orgone”, the name given by Wilhelm Reich to vital energy found everywhere in nature. It is life energy, also called Ch’i, Prana, and Aether. This vital energy exists, in a natural way, under many different forms. It can be neutral (OR=orgone), positive (POR=positive orgone energy) or negative (DOR = deadly orgone energy). When positive, it enables living organisms to exist in a healthy state. Reich did a lot of research on the properties and behaviors of this energy. He built an orgone accumulator out of alternate layers of metal and organic material. He also observed that OR was able to neutralize nuclear radiation.

In his own words, Sucahyo explains his experiences. (Sucahyo’s first language is not English, but you will get the gist.)

“Orgonite once can solved the above problems, but not anymore. The recipe start to change. People no longer avoid aluminum. But instead encourage people to use aluminum. They no longer care about creating pure energy. Instead of trying to make orgonite more pure, people focus on increasing strength. To measure the effect, they also use sixth sense, dowsing, etc instead of actually see how the nature react.And actually, one of the reasons I started to invent cemenite is because I felt orgonite are going to bad direction. The first time I start placing cemenite under the sky was when I noticed HAARP clouds always start from the same place. And that place happen to be the place of someone using orgonite and water cloud buster trying to “improve” the sky.

I had warn them, but they claim their orgonite can not influence weather. A strange claim because orgonite was once claimed can calm bad weather. So, they are now destroying weather using badly made orgonite, but refuse to admit it. Which is very unfortunate thing.

But I am happy I invented cemenite. The first time I used cemenite  to improve weather, those HAARP clouds no longer spread to my home. Now those clouds  go around my home at first:” 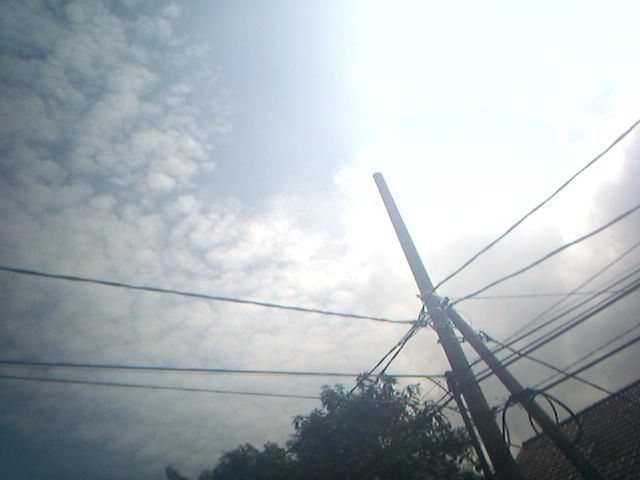 But eventually won’t pass my home: 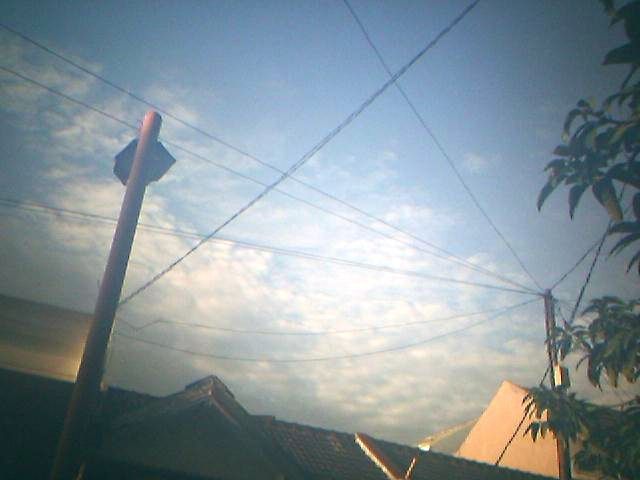 “Then the rain occurrence started to increase. Twice a day instead of once every two week. Then I notice that drought and flood is actually happen in one package. If you suffer drought, you will suffer flood too. If rain happen everyday, it is likely that flood won’t happen. The weather to change and becomes less violent or lethal. I have even noticed a reduction in lightening. Skies become more blue. Clouds become more white. I start to hear more birds chirp around my home. Note: Unfortunately some people  are still relying on orgonite even until today. They spread orgonite everywhere, near tower, thinking that they help improve the situation, not realizing that they actually made it worse.  Sometimes  I find area where  have noticed a lack of birds or bird sounds, like chirping.  Some place reject rain. Which is sad because people make orgonite because they  think it’s a good thing.
https://www.youtube.com/watch?v=Z6HoXFeD_mE

The other reason I make cemenite is to help my closed one. When you lack of sleep, then you start to become more sensitive. Some consider it as a blessing, because they start to hear voice in their head. But what they hear is not always nice. May not be the truth too. And worse, your conscious can be overiden. You start to hate everyone around you. You start to destroy everything, including yourself. You can become what people call as targeted individual. Sure, they are people that can obtain benefit from this, but not everyone are that lucky. Capable of predicting future or can find people’s secret or find their location instantly may not be good enough compared to your family happiness.

One of the key to improve this is sleep. And it must be natural sleep. Relying on drug or medication or pacifier will destroy the mind instead, literally. You start to lost some memory. Your way of thinking become chaotic. Mixing reality with dream. And you can become addicted too.

There are many way to improve natural sleep. One good reference is book by Karl Reichenbach. It is an old book that you can download from archive.org. Cemenite can improve sleep too. And it is already proven by dozens of people or more.”

You don’t have to buy it. You can make it yourself. You just need portland cement and coils made of PVC insulated copper wire: 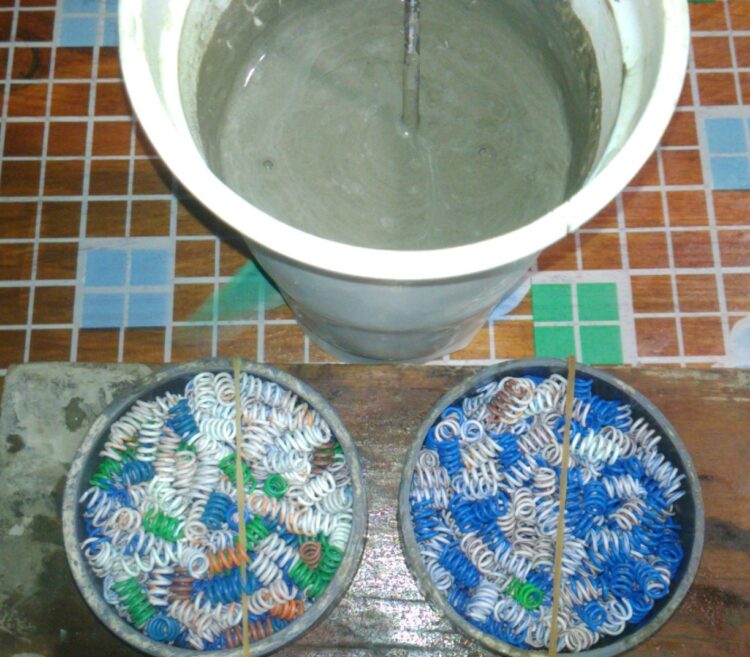 You just need to mix them: 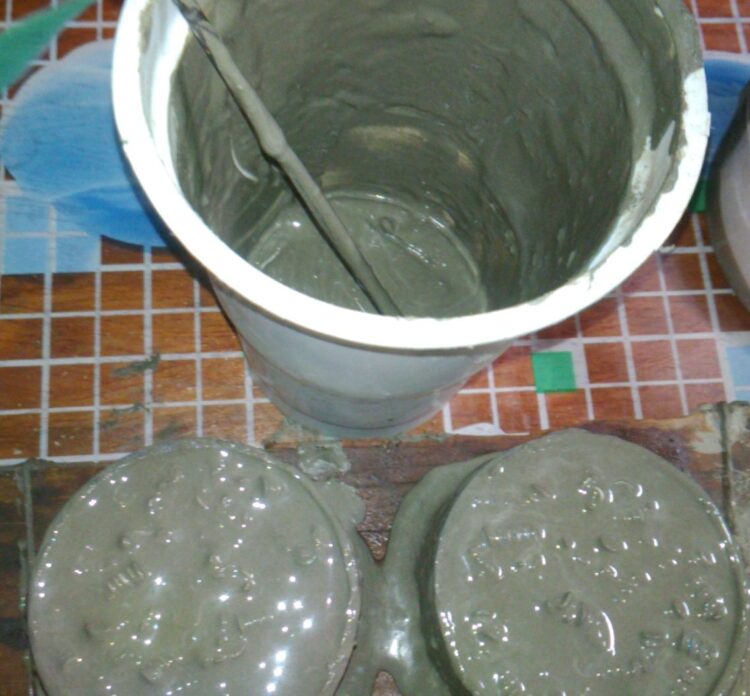 “But of course you have to be careful. You need to follow the instruction correctly. Otherwise you will end up with bad cemenite. Just like bad orgonite, bad cemenite produces bad effects as well.”

There are a few instructions available on the internet, but I really hope that you will use this one:
How to Make Cemenite.   After you make it, please test them first. If you wish to share your results wit others please feel free to join our group on Facebook Cemenite, just click here https://www.facebook.com/groups/318013238311560

If you would like to see other articles by Sucahyo, please go here. 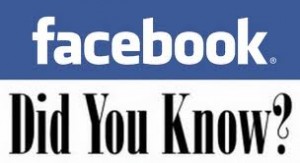