Public Comments from listeners and readers of The Truth Denied Media

Polar shift of the MOON Captured on film..:

It’s definitely interesting what you are saying. I really didn’t like the scary music, so I turned it off, so I could focus on the details a bit. I believe there is something to this, I have been noticing the moon and changes over the past year and a half. Good work

Doesn’t it simply amaze you that SO many millions throughout the world are only just waking up to all these sordid facts? Where have they been all these years? I guess ~ relying on MS media.
Gosh! Bill Deagle was warning us about almost everything at least 10 years ago, yet the majority simply labelled him a wacky conspiracy theorist. “
~South Africa~ 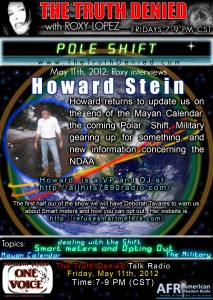 Polar shift of the MOON Captured on film     “ Let me tell you this. I live in Punta del Este Uruguay and on that night we had a very clear sky, it was new years eve and I remember having exactly the same observation only that no one could tell what was wrong with the moon. So just to help you out a little bit… in the south we had the same strange effect seen by many people. Keep up the good work and lets all try to follow up on this because I think that no one in the world has a clue about it and that’s why all the silence.”

Fritz Zimmerman on GIANT Skeletons and The Book, The Nephilim Chronicles: 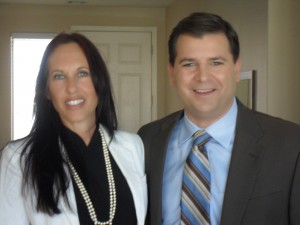 FROM OUR LISTENERS & READERS

My name is XXXXXXX, I live in Grand Rapids, MI. I know this is quite long, but please read, I am not a troll, I am very happy about your website, and I wanted to talk to you about some of the stuff in my town that I hope you will list.We have a ton of places that could be used a holding centers/camps. On 36th st./ Kalamazoo there is a huge field on the left and right hand side, it is so large, it is directly by a railroad, it has barbed wire fencing, and a couple of watch tower type things. It is currently empty. I have named this The K-Zoo street holding center. They could use this place to hold us while they separate us and take us to different interment camps. I have heard that “They” can turn any large unused area into a temporary camp.
I was hoping you would list these temporary camps to make residents here aware of places they should stay away from if they are in hiding during all of this. There is a huge unused factory near the Meijer’s grocery store on Alpine st. and it is so large it could most certainly be used for a temporary holding center. The Van Andle Arena has such a large space around it that it could be used as a holding center. Note that the Super Dome in New Orleanes was used as a holding center during Katrina.
I would like to point something out to you and your web site. I have questioned many times why the government would use the HAARP to stage Hurricane Katrina….This is because I had not yet seen the footage of the way the citizens were treated in the wake of the aftermath. When I watch the footage of the military rolling in with heavy weapons..I realized that they weren’t there to help, they were there to muscle people into that hell hole called the Super Dome. Then, they separated family and put them on buses …buses that did not have any specific place they were going. It dawned on me as I watched FEMA roll in like the Spanish inquisition….

Hurricane Katrina was made by the HAARP so that the government could use the citizens as practice testing for the coming mayhem of the holocaust. I’m not sure what the gov. is going to use to pull the proverbial “trigger” ..Will they form a huge “natural” disaster….will they unleash a widespread bacteria worse than this new flu? Will they stage a false flag Alien attack, claiming aliens have landed and are trying to take over the planet? Or..will they do all of these things all at once to create chaos? See..have you noticed, that the government have been preconditioning the American people using the media, movies, and t.v. shows to infer that if Aliens did land on Earth, that they would be “dangerous” and want to “hurt us” ? I feel that they are doing what they did before 9/11, they are using media tactics to portray Aliens as being evil, so that Aliens will be synonymous with “terrorists”..So that when the gov. stages the false
flag event, the American people will be scared of the “aliens” thus requiring “help” from Fema…but that “help” will come in the form of slavery.
I also thought to myself..who will help carry out this holocaust? Surely not our own troops? Surely they would see no reason to harm their own friends and family, their own country? I feel that they will use Asians….A Chinese army of sorts. I think this because Asians outnumber us 20 to 1. Well, you might wonder, why the Chinese would help the American gov. carry out such horror, what’s in it for them? Well, the gov. owes China so much money, I think that those of us who aren’t weak, disabled, or old will be given to China as a present…we will become their slaves. I just wanted to pose my theory to you and see what you thought. I know it sounds crazy..

Maybe the gov. has such advanced weaponry that they won’t need to use Asians to round us up. I don’t know. But I will be researching all the known camps in my town and send them to you. Also, I think it’s be wise if you made a list of survalence cameras placed in weird spots around towns because I know for a fact no one ever signed anything saying the gov. could use our tax dollars to enact England-style big brother right in our own back yard. There is a survalence camera at almost every intersection here in Grand Rapids, MI. If we are trying to hide during the Agenda 21, we need to not be seen by these cameras.

Thanks for taking the time to read this. I’m so sick from fluoride poisoning, my whole family has been sick from the Barrium/Alluminum being sprayed on us. We are all sick from the GMO corn syrup, we are all very sick from all of these things. I’m 23, and my front teeth have rotted out due to fluorosis, a condition where the fluoride eats away at your teeth, despite the level of care your provide your teeth with. It’s the bane of my existance, because my entire family is disabled, we have no way to fix my teeth. I used to be a model. I am very upset. I’m scared that this Agenda 21 is going to happen soon. Please keep me updated if you hear of anything happening in Grand Rapids, MI. Thank you so much. We need more websites like yours being run to educate our citizens. XXXXXX

He, like Dr. Burzynski, has been persecuted beyond comprehension ~ JAILED too, for simply attempting to SAVE PRECIOUS LIVES ~ & you know what ~ Dr. Simoncini mostly prescribes CHEAP Sodium Bicarbonate! YES! Bicarb of Soda!

RECEIVED February 5, 2013  Subject: Agenda 21
Hi Roxy… I never heard anything back, but we can be sure their goal is to eradicate ALL the wild horses. Just check out the disgusting way they are manipulating the public on the issue in this article! It’s a mirror of ICLEI and Agenda 21 verbal manipulation.

I was SO upset when the AZ voters said NO on proposition 120 (for AZ to control our public lands). Because people were so afraid we’d have to pay more state taxes, we just handed over control of our public lands to the Feds. So now THEY will make the BIG money off mining/water/resources leases to greedy corporations! People said AZ can’t afford to take care of what we have now, let alone all the public lands. Even though we would want to keep our state pristine, WE could have made some of the money and kept control of what happens here. People have NO IDEA what is REALLY going on, or what they just did to Arizona!!! All I had to do was read WHAT GROUPS were against the prop., and their fake lying objections, to tell me which way to vote! It had Agenda 21 verbiage written all over it.
http://ppjg.me/2013/02/04/bureau-of-land-mismanagement-excels-at-manipulation-training/#more-22687