Getting Started
Want to start collecting, saving and sharing good, clean, non-GMO seed? Here is how: 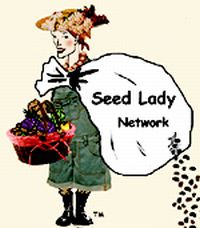 On May 21, 2007, Rosalind Peterson, lifelong Redwood Valley, California resident, was invited by Kiyo Akasaka, Under- Secretary General of the United Nations, to address this Conference during both a workshop, held on September 5th, and a round-table session, held on September 6, 2007, at the United Nations. Rosalind was invited to address this conference due to her research and work in the agriculture field relating to climate change, global dimming, and the effects of man-made clouds and experimental weather modification programs on agriculture.

Corn genetically modified to thwart a voracious beetle are falling prey to that very bug in Iowa, the first time a major Midwest pest has developed resistance to a genetically-modified crop and raising concerns that some farming methods may spawn superbugs.

"With the high fuel prices, why would ANY airline company allow their jets to fly in cross-hatch patterns ? COMMON SENSE says they wouldn't. All one has to do is RESEARCH to see that these ARE in fact real. The spraying is real. The harm to the enviroment is real. The harm to humans is REAL ? And people wonder what is happening to all the bees ?!?!? The only crops that will be left, are the ones DESIGNED/UNHEALTHY from Mansanto...wake up and connect the dots."

"Chad Verdaglio doesn't know what he's talking about. Not only are the chemtrails real, and a manifestation of a larger, well-orchestrated program of geo-engineering, there have been conferences held around this country and the world discussing this sort of work. These materials are being used as range extenders in jet fuel among other things. The very materials described in the patents for Welsbach cloud seeding are the same ones showing up in the soil samples. The Monsanto Company has even patented crop species that are resistant to the Aluminum, Barium and Strontium nanomaterials used in these aerosols, which have been shown through documented research to cause delayed seed production in crops, a variety of respiratory diseases and reduced immune system function in animals and humans. Just perform a Google Search on "Toxicity of Aluminum Oxide nanoparticles" and you'll find USAF research papers dating back to the early 1990's that outline the health hazards, including pulmonary fibrosis. Increased soil alkalinity in northern California alone has led to a 95% or greater die-off of invertibrates that fish and other creatures survive on. Fish and Salmon populations have seen dramatic reductions. Your piece was poorly researched, and lacked the depth that it deserved. Start charting the dates of higher chemtrail incidents as a graph, then line it up with the higher numbers in particulate readings from area airports along with higher numbers of patients in local hospitals reporting "respiratory distress", flu-like symptoms and increased alergy symptoms. You'll see a direct correlation. You owe it to the community. If your "expert" witnesses are so sure of their proclamations, then maybe they'd like to assure us all of how safe the water coming from the northern California snowshed is by drinking some of that water. It has been found to have as much as 62,000 times the "standard reading" of Aluminum oxide in it. Explain that."

Monsanto: Seeds of Deception
Currently Commercialized GM Crops in the U.S.: (Number in parentheses represents the estimated percent that is genetically modified.)

Enzymes Derived from GM Organisms
Monsanto vs. U.S. Farmers Report
Food Irradiation
"What if the Food and Drug Administration (FDA) proposed a rule that would intentionally hide information you rely on to make decisions about what to feed yourself and your family? Or if FDA proposed changing food labeling information to something the agency knows would be misleading to consumers?"

Monsanto GM seed ban is overturned by US Supreme Court

Monsanto's dream bill, HR 875 By Linn Cohen-Cole
"The bill is monstrous on level after level - the power it would give to Monsanto, the criminalization of seed banking, the prison terms and confiscatory fines for farmers, the 24 hours GPS tracking of their animals, the easements on their property to allow for warrantless government entry, the stripping away of their property rights, the imposition by the filthy, greedy industrial side of anti-farming international "industrial" standards to independent farms - the only part of our food system that still works, the planned elimination of farmers through all these means."

Monsanto and G.W. Bush Administration: Who Will Own the Store?
Who is who... "Linda J. Fisher . . .former Assistant Administrator of the United States Environmental Protection Agency's Office of Pollution Prevention, Pesticides, and Toxic Substances, . . .then became Vice President of Government and Public Affairs for Monsanto Corporation and now (2001) is Deputy Director of the Environmental Protection Agency..."

PolyCulture - A possible solution for our addition to Earths resources?


PolyCultures: Food Where We Live - BLOG
"The PolyCultures Documentary portrays the diverse communities around Greater Cleveland coming together to grow a more sustainable and equitable food system."

- How to Avoid GMO/Monsanto

"A genetically modified organism (GMO) or genetically engineered organism (GEO) is an organism whose genetic material has been altered using genetic engineering techniques. These techniques, generally known as recombinant DNA technology, use DNA molecules from different sources, which are combined into one molecule to create a new set of genes. This DNA is then transferred into an organism, giving it modified or novel genes."

"Testing for bioengineered crops, also referred to as Genetically Modified Organisms =(GMOs), has become a necessity in light of legislation imposed in member countries of the European Union, Japan, South Korea, Australia, New Zealand, and in an increasing number of other countries. They established labeling laws for approved bioengineered crops, while prohibiting the import of unapproved varieties. For approved varieties, commonly tolerance thresholds are established below which a product does not have to be labeled as containing or derived from GMOs."