Roxy Lopez and Friends Rap Session on Friday the 13th ! See what happened! 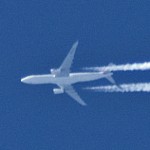 Our scheduled guest, the Manufacturer of the ZAPPER,

Mr. Don Croft did not make the scheduled interview today and we have not been

able to reach him …we will report on what happened to him, and reschedule him for a

~The Truth Denied apologizes for any Inconveniences this may have caused the listeners.

NOTE:  Everyone (on the show) seemed very clear on the show, with the exception of Roxy Lopez cutting in and out, this was not happening on the LIVE show, yet occurring on the downloaded version.*We apologize, as we have no control over this feature of Blog Talk Radio.

Not only did we have no luck reaching our Guest Mr. Don Croft, but we had trouble reaching our weekly  commntator Mr. Howard Stein! However, Howie did end up on the show less than 10 minutes into it.

He reported on Norwegian scientists  who have recently raised concerns about mutated form of swine flu.

“The institute has been analyzing H1N1 virus from “a number of patients as part of the surveillance of the pandemic flu virus,” and has detected several mutations, the statement said. While the existence of mutations is normal, and most “will probably have little or no importance . . . one mutation has caught special interest.”

The two patients who had the mutation and died were the first swine flu fatalities in Norway. The third patient found to have the mutated form of the virus also became severely ill.

Howard also spoke about Tourette’s Syndrome and an incident in a high school where  7 girls were  diagnosed with the disease, all hailing from the same class.

We actually  had a great show with our listeners and callers, discussed the ZAPPER,Morgellons Disease& Caroline Carter’s work.  We discussed upcoming events such as the CDC (Consciousness Beyond Chemtrails)  A  three day Seminar coming up August 17, 18 & 19th in LA, California with a host of some of the greatest speakers on the subject of Chemtrails & Alternative healing practices! Watch for FUTURE ADS and new website coming SOON!

Our Facebook group Chemtrails Kill has a 350 comment thread on illnesses that folks around the world are experiencing please take a look and add your comments and concerns. We thank all who have been participating in the reporting of illnesses, as well those of you who have followed up with rain and web samples! We thanks you.

Last but not least, we still have not had a return email or phone call from Mr. Don Croft right before we print this article. Is there a need to be concerned, OR is this just another one of those  Friday the 13th , ummmmmmmm   curses?

Have a great weekend!