Global Warming: What can we teach our children?

Children are amazing and always seem to  care a lot about the health of  planet earth. They aren’t only willing to teach each other just about  anything, but they seem to know how to aid the earth without anyone teaching them! It’s amazing to observe! You know, they come up   with solutions when they see something is wrong. Where do they get this from? This is a story about my son. 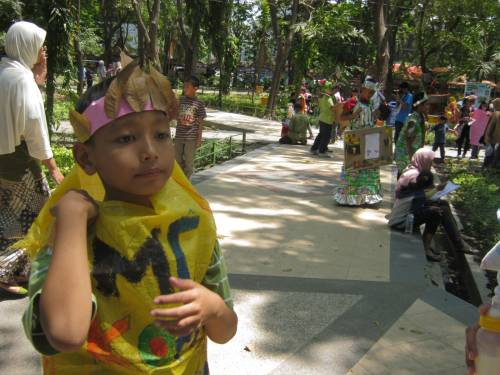 My son takes part in a local green ambassador competition for elementary school children. He is now one of 30 finalists.

What amazes me, is that I found that  this particular competition has  really touched me.  Even kids that are not part of the competition are willing to do the same and even ask their parents to join them in these activities. So everyone around them gets involved, it is quite inspiring.

The children are shown the problem, and they jump into action “solving” it! They  think for themselves, as if they are somehow programmed towards the solution!

Each child in the competition is assigned a task that consists of a live presentation in front of a judge and an audience filled with the general public. The projects are fairly simple. Some examples would be creating something useful from a plastic bottle or old newspaper, other ideas are using  different strategies for reducing the use of electricity or the ‘carbon footprint’, riding a bicycles VS driving a casr, or carrying their own reusable container to avoid the use of disposable plastic bags, etc.

My son choose to make compost: Please watch the video!

However, there is one thing that saddens me. What the organizer taught our children is not the truth. I know it is unavoidable because they only use what is available to them which is the knowledge from mainstream media. But it still made me sad. If children learn the lies instead of the reality, then how will they survive in the future? 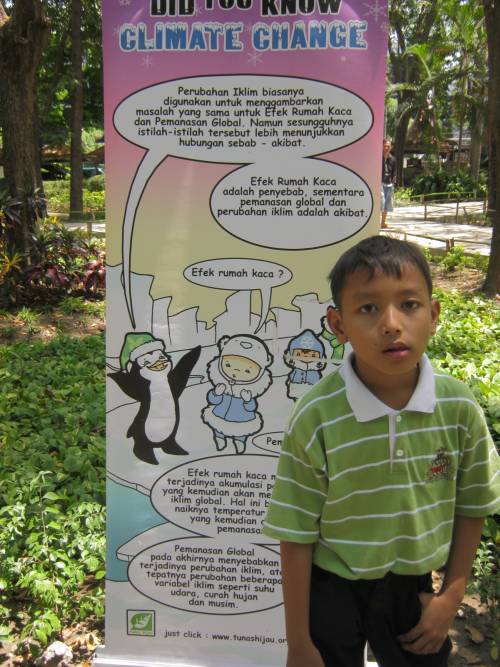 One of the kids in the competition approached me to show me his project. His project suggests that ” people should ride bikes more  often to help to reduce pollution & the use of fossil fuels.” Well I suppose that is a good thing on the surface right? But then he continued to say that “the pollution makes the earth hot (as in Global Warming) and how the days seem to be getting hotter and hotter every year.

In reality I now can ride my bike on a sunny day without getting headache or feeling the heat, not like only 2 years ago.

I know it is just a child, but, the kid has no facts to base this on. I felt it in my stomach, that sick feeling and asked myself, “What are they teaching the students”? Don’t get me wrong, I don’t blame the children, rather the teacher! Or perhaps their parents are not educated enough to see right through this.

What should I do, as a parent, what would you do?

Here is what I did, being prepared that this might happen to my child. I educated my son to give him something else to think about before he entered the competition. I explained that contrails can produce global & atmospheric warming and is much more a contributor to the environmental toxicity than let’s say CO2 emissions.

*Note: I did share a bit more than that , but I think you catch my drift.

Hopefully he has chance to influence other kids to use there heads, and to become critical thinkers one day, we shall see.

I would like to have your feedback, so please feel free to comment on the thread here.