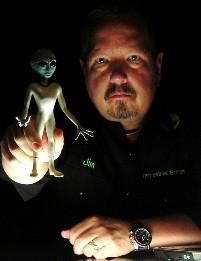 The Xperiencers Project: Are you experienced?

“The Xperiencers Team is comprised of people involved in life-long encounters who’ve begun following alien clues that seem to be leading them on some sort of cosmic scavenger-hunt for the keys to this extraterrestrial phenomenon.” ~Jim O’Connell

This show is dedicated to all of humanity, and though this may not be everyone, I am certain that the Xperiencers bring an important piece to the puzzle, one that indeed applies to a most miraculous global awakening called The Quantum Leap!  Are YOU experienced?

Here are a few  highlights of these evenings program!

LISTEN TO THE  Program right  HERE (video includes many photos of references during the show tonight, including the reptile that Bobby Ledford mentioned as well as other fascinating phenomenon that has happened to every member of team.)

Meet the rest of the team! Hear their stories on the interview! 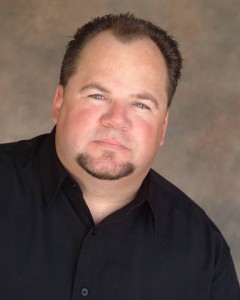 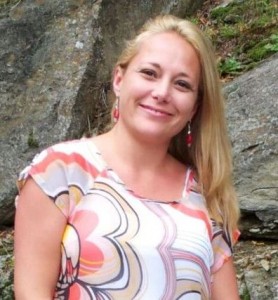 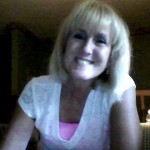 To read more about the TEAM, please visit http://www.xperiencers.com/team.html

“The Harvard PEER Study conducted by Dr. John Mack examined people involved in alien encounters and found them to be stable and credible “experiencers.”

Building upon Dr. Mack’s work at Harvard, the Xperiencers Team has been named the exclusive research division of the John E. Mack Institute. No other group has ever been approved by the Institute or granted this designation until now.

The Xperiencers Team is comprised of people involved in life-long encounters who’ve begun following alien clues that seem to be leading them on some sort of cosmic scavenger-hunt for the keys to this extraterrestrial phenomenon.

In 1994 the Dean of Harvard Medical School appointed a committee of peers to review Mack’s clinical care and clinical investigation of the people who had shared their alien encounters with him. After fourteen months of inquiry, amid growing concerns from the academic community (including Harvard Professor of Law Alan Dershowitz) about the validity of an open-ended investigation of a fulltime professor who was not subject to any claim of ethics violation or professional misconduct, Harvard issued a report stating that the Dean had “reaffirmed Dr. Mack’s academic freedom to study what he wishes and to state his opinions without impediment,” concluding “Dr. Mack remains a member in good standing of the Harvard Faculty of Medicine.” The research that Dr. Mack began now lives on through the Xperiencers Encounter Research Team, established by James O’Connell.

Thousands of people worldwide record and post video of UFO sightings, pop culture is fascinated by the phenomena YET a very small number report some type of “Close Encounter” because they don’t know who to turn to…until now.

UNREPORTED: Insiders in the “encounter” community know that for the thousands who report seeing a UFO, there are hundreds of people that are involved in on-going alien contact who have learned to keep quiet. When Betty and Barney Hill reported their abduction n 1961, the first such in modern history, they were met with disbelief and ridicule. Most experiencers reveal the details of their encounters only to other experiencers for fear of the public and private havoc it could create if word got out. Yet still, they want to know “why me, what do the aliens want, am I losing my mind?” They are driven to find answers and driven underground to look for them.

Sometimes Hollywood DOES get it right…in Close Encounters of the Third Kind, a man is driven to distraction to build sculptures of Devil’s Tower in any medium he can get his hands on. We later learn he isn’t crazy, the visual he is driven to recreate over and over again is a message from his alien visitors, the location of where they will land and meet humanity – Devil’s Tower. This “drive” is a common element of experiencers. However traumatized many are at first, most involved in on-going encounters firmly believe they’ve been given some special gift, esoteric knowledge, scientific advancement or task to perform by their abductors but have been reluctant to go “public” without a safe place to tell their stories and explore what happened to them.

OUR GOAL: is to seek out these unreported cases and investigate the claims of ET contact, to determine the purpose for contact, examine artifacts left behind, assess the lingering effect the visitation had on the subject and the turmoil it has placed their relationships in and to explore how they’re connected to others who are having close encounters.

Through our research, we hope to bring answers to those questioning their own sanity.

Even now, in this era of acceptance and inclusion, the public is unaware that Harvard conducted a study on this phenomenon called the Program for Extraordinary Experiences Research. Under this program, Dr. John Mack concluded that substantial evidence was found to support the claims of alien contact and dispel any diagnoses of mental illness.

We hope to expand and change the perceived profile of the typical person reporting alien contact. Hillbillies and conspiracy theorists no longer corner the market. Instead, we’ll profile people who could be your mother, brother, next-door neighbor, co-worker or even a celebrity or two.

Since their encounters, these people may talk of new alternative energy sources yet undiscovered by science, antigravity propulsion, global catastrophe warnings, healing touch, mental telepathy or secret moon bases. With the help of astrophysicists, mathematicians and doctors, we can test out their theories, examine physical evidence left behind and ascertain the possible validity of their claims. Some abductees will even talk of extraterrestrial contact in very public places and how the aliens are already walking unnoticed amongst us. These people are often just one person from a group involved in the same event. We hope to bring those together who can help unlock the mystery behind these events.

Up until now, there have been very few places to report UFO sightings and none are equipped to support those involved in ongoing alien encounters, so this is why we created Xperiencers.” ~Jim O’Connell

We wish the entire team the best of luck on there journey!  Please, if you even think that you have been in contact with  an ET,  then The Xperiencer’s team members would like to speak with you. Feel free to contact them  at www.xperiencers.com 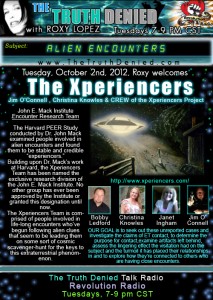 Tribe TV every last Thursday of the Month

3 Responses “The Xperiencers Project: Are you experienced? Life after Alien Encounters opens doors and minds!”