THE   CEMENITE GROUP    is  doing some  amazing healing  work with weather and personal health: The Cemenite group made impressive strides in 2014!  Jin the group here  https://www.facebook.com/groups/318013238311560/  This is the group to ask questions one on one with other members  who have created cemenite and have been effective in guiding others to better health  in 2o14. We will also keep you abreast of all the 2015 developments! 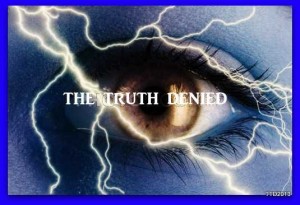 The following News Report came out recently linking lightning to headaches in 2014.

The report:
Lightning Can Trigger Migraines and Other Headaches: Study
The researchers recruited subjects from locales in Missouri and Ohio. They determined that on days when lightning struck within 25 miles of a subject’s home, the individual had a 31 percent increased risk of developing a headache. For migraines, the increased risk was 28 percent.

MedlinePlus reports that around 12 percent of U.S. residents get migraines. These headaches come with severe, throbbing pain and are three times more common in females than in males. Visual disturbances, nausea, auras, and sensitivity to sound are common. (see lightening pictures)

When Lightning Strikes—A Significant Risk Factor for Headache?
“To our knowledge, this is the first study to report that lightning represents a significant trigger for the development of headache in migraineurs,” reported Vincent Martin, MD, Clinical Professor in the Department of Internal Medicine, University of Cincinnati College of Medicine, and colleagues. “After adjusting for the meteorologic factors associated with thunderstorms, there still remains an increased frequency of headache on lightning days. This suggests that lightning has a unique effect on headache that cannot be explained by other meteorologic factors.”

Weather and Headaches
The study included 90 patients from two datasets (91% female; mean age, 43) who had recorded headache diaries for at least 90 days and up to six months. All patients were living in Cincinnati or St. Louis and had had at least one migraine per month, according to the International Headache Society Diagnostic Criteria for Migraine. Overall, patients had an average of 11.7 headache days per month, and 6.6 migraine days per month. 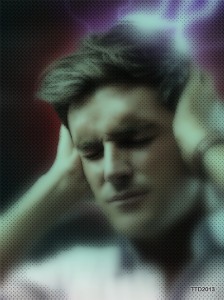 Is lightning the actual cause of a  headache?
While the article reports that lightning is the cause of headaches, the orgone theory observes that both lightning and headaches are  caused by the effects  of orgone energy, or even more  specifically,  bad orgone energy commonly known as DOR.

A “Cloud Buster”  is capable of creating a lightning storm and  other violent weather.There are many theories to support that  Cloud busters  extremely dangerous for  the operator! Results and side effects are  headaches, nausea, and in some cases, tumors.  This is a man made tool that links  lightning to  headaches. We look into this further and we find even more information that we find alarming.

What is the true  relationship between  headaches and lightning?

Is a cloud buster really responsible for a headache? Maybe not. There is yet another more  potent cause,that being something known as  chemtrails. There is finally enough proof  via hundreds of reports  from the general public that seem to be associated with heavy aerosol pollutants being sprayed in our skies daily. What are they reporting? They seem to have connected headaches and nausea with chemtrails.  Even more sinister,these individuals are  reporting extraordinary weather & lightening strikes that are coinciding with the chemtrails. Is this a coincidence?( EXPLORE an INTERACTIVE of the HUMAN BODY )

Here is the  dilemma.   It is difficult to identify the  different types of  nano sized  particles that are distributed into the air we breath via  chemtrails, but we do know this:  the common polluting material in most  jet exhaust which is sulfur,has been public information for years , and in the past we have proof that  it was responsible for causing what is known as ACID RAIN. Other effects of sulphur are well known, such as ozone depletion and droughts.

September, early October, sees the largest hole over the Antarctic and surrounding  lands , which  has been tempered these past few years, mostly because of Chemtrails.

Sulfur is a well known particle that is associated with geoengineering.   The side effects of the  geoengineering aerosol programs are a change in weather patterns.  In other words,  weather instability around the globe seems to be quickly becoming the “norm”. Worse yet, it is the  sulfur alone that points  to  health problems during heavy spraying of chemtrails . And based on thousands of testimonies of ill individuals,we are realizing that chemtrails are  much more harmful than we have ever imagined.

Chemtrails  are the true cause of headaches, migraines, nausea, upper respiratory and congestive lung issues. They are also responsible for the extreme weather in the past decade.

“Cloud-to-ground lightning bolts are a common phenomenon—about 100 strike Earth’s surface every single second—yet their power is extraordinary. Each bolt can contain up to one billion volts of electricity.

This enormous electrical discharge is caused by an imbalance between positive and negative charges. During a storm, colliding particles of rain, ice, or snow increase this imbalance and often negatively charge the lower reaches of storm clouds. Objects on the ground, like steeples, trees, and the Earth itself, become positively charged—creating an imbalance that nature seeks to remedy by passing current between the two charges.

A step-like series of negative charges, called a stepped leader, works its way incrementally downward from the bottom of a storm cloud toward the Earth. Each of these segments is about 150 feet (46 meters) long. When the lowermost step comes within 150 feet (46 meters) of a positively charged object it is met by a climbing surge of positive electricity, called a streamer, which can rise up through a building, a tree, or even a person. The process forms a channel through which electricity is transferred as lightning.

Some types of lightning, including the most common types, never leave the clouds but travel between differently charged areas within or between clouds. Other rare forms can be sparked by extreme forest fires, volcanic eruptions, and snowstorms. Ball lightning, a small, charged sphere that floats, glows, and bounces along oblivious to the laws of gravity or physics, still puzzles scientists.”

The solution
Lightning can be seen as a good indication of what may cause headaches or migraines. Living in a geographical area that is conducive  to  lightning storms is probably not a good location for you. However, I believe that there is a way to reduce both lightning and headaches and I have used these methods for myself and my family.

A method that reduces lightning and headaches should reduce the effects of anything that produced the same effects as cloud buster. I believe I have something similar known as  cemenite. I hope that you are willing to at least  try it. Currently where I live,  lightning is very rare , but it was not like this three years ago. If  lightning  induces headaches, then living in an area devoid of lightening  could be key.

Please  feel free to contact me if you have questions.