She’s funny, witty, and most of all she is truly the epitome of strength as she  strikes hard from a place of love! That’s right! She has been through it all in the “matrix of Hollywood” as Tere refers to it. Indeed, another layer opens up as Tere describes her experience in both Hollywood and the social geoengineering that we all face daily.Now listen, if you are someone in the arts, may it be music, acting, or a professional stand up comedian such as Tere Joyce, then this interview will truly inspire you! You might ask yourselves, “How do I survive in Hollywood if I don’t possess a big ego”? Tere is a great example of not only how you can build a career out of truth and activism in Hollywood, but what it takes. I refer to it as ‘slaying the proverbial dragons’.

Tere says her truth and experience out loud in this interview! She is honest in her reflection of her own life, and doesn’t mind exposing her inner thoughts and personal evolution… and speaking of “inner”, she openly talks about the Hollywood’s  inner circle  and why it  is not her goal to be “in it”. There truly is a MATRIX, and Hollywood promotes it every single day.

Kick back and listen to the conversation, as well contact the hemptress if indeed you want to grab some of the action!

Or simply click on the photo below  for the  archive of the LIVE show(Or use this link  http://youtu.be/KOmr5G4MvIE ) 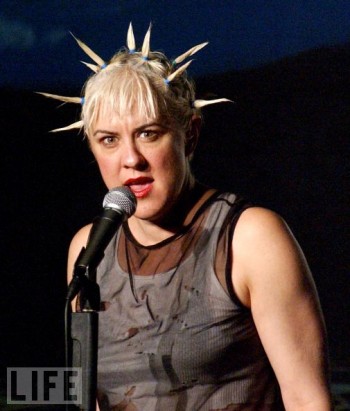 Tere Joyce was your typical American stand-up comedian who’s goals, life, and career existed in the matrix of Hollywood. Then one day, she found herself staring at the barrel of a gun during a federal DEA raid in a California medical marijuana dispensary. The experience was a catalyst for Joyce to examine her government, politics, media, cannabis legalization, and the one percent. Her creative awakening has inspired her to become an “art activist”, and she is currently creating a one woman comedy show, and coinciding web series titled, “Freedom of Joyce”.

After her experience with the raid, Tere experienced the beginning of her awakening and realized that her involvement with the cannabis plant was not an accident but was in fact part of the blueprint of her incarnation. She saw that the cannabis/hemp plant had been suppressed and that it’s freedom was directly connected to the life and health of the planet.

She began to work with a non-profit “The Patient’s Advocacy Network” which she currently serves as one of their board members. She has produced, hosted and performed her stand-up comedy for fundraisers for those who needed legal defense funds IE. growers and California medical marijuana dispensary operators who have been targeted and raided by the DEA , Feds, local police, or IRS. She helped create the first medical marijuana float to be entered in the West Holllywood Gay Pride Parade. The controversial float made the the judges laugh and ended up winning the coveted “Butterfly Award” for the most colorful and original float. In 2010, Tere co-hosted Cannabis Times radio for six months before she branched off and began to host her own cannabis internet radio show Hollywood Hemptress Hour on newdissidentradio.com.

Joyce is best known for her stand-up comedy, having first traveled throughout the United States and Canada performing in comedy clubs and pubs. She is a trained theatre geek since the age of nine. When asked to go out on date in high school her reply was, “I can’t…I have a rehearsal.” She was a Theater Arts major in college, and studied acting at the American Academy of Dramatic Arts. In 2003 Tere Joyce was a top ten finalist on NBC’s Last Comic Standing, and also was a competing cast member on the third season. She has written three screenplays in films that were AVN Award nominated and directed by adult filmmaker Erica McLean. 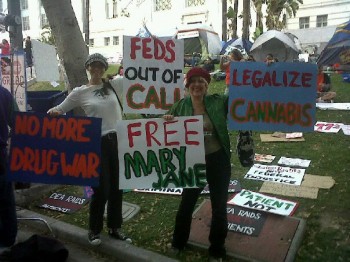 Tere Joyce’s websites (YES !! She is a crazy busy woman!)

CLICK the banner for schedule page of upcoming shows!

What is Lunar Libration? What is the FAR SIDE of the moon?