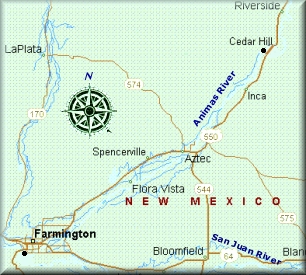 Animas River has currently become contaminated with over a million gallons of waste water  orange sludge loaded with heavy metals and arsenic via the Environmental Protection Agency’s ‘mistake’.  The highly acidic sludge comes from a mine known as the Gold King which has been inactive since 1928. The EPA team that was working on the cleanup accidentally released the waste water which consists of high levels of metals such as aluminum, mercury, lead and arsenic. The Animas  River runs 126 miles and is one of the sources of drinking water and farm land irrigation for surrounding towns. The mustard-colored plume is gushing at 548 gallons per minute and has stretched more than 100 miles into the region. 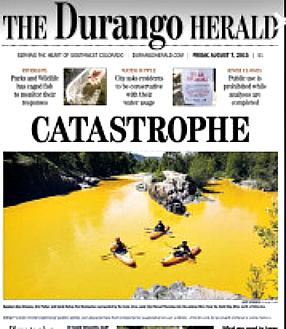 City water and irrigation intake gates were being shut in New Mexico and Navajo Country as the plume, moving at about 5 miles per hour, flowed from the Animas into the San Juan River.

Recent rain raised the prospect that yellow-orange sludge deposited along now-deadened black creek banks could be washed again into the Animas causing more harm. EPA crews sampling water had not tested the sludge, settling up to a half-inch thick at slower parts of the Animas above Durango (pop. 17,000). 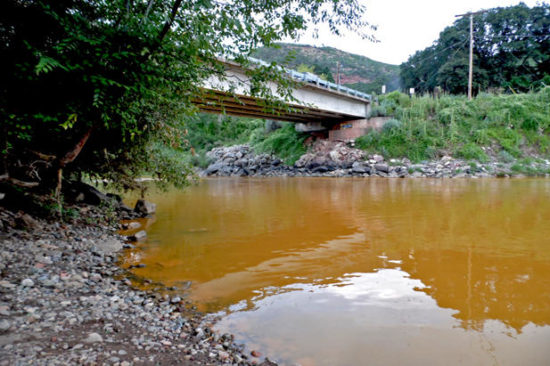 “Cleaning up contamination is not in the EPA’s wheelhouse; to the contrary it’s just another money laundering front.” ~ Lopez of The Truth Denied Tabloid

Case and point “We have got to tackle these eventually,” Stover said. “(Gold King) is one of the mines we’ve been struggling with for years. We’re trying to figure out what is going on and how to fix it. This is a vexing problem. … Not everybody is on the same page.”

La Plata County director of emergency management Butch Knowlton said the sludge would be tested one way or another to protect public health.

“The population that lives along this river is at the mercy of the EPA,” he said. 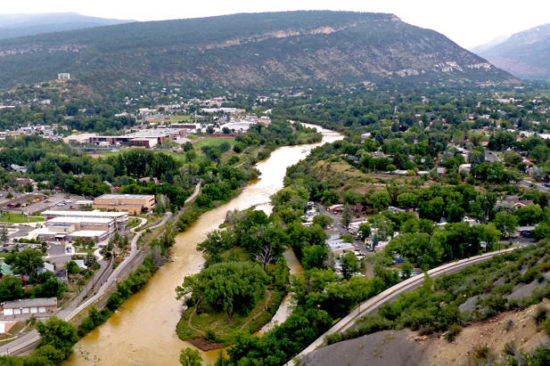 Environmental Protection Agency Regional Director Shaun McGrath said they have finished building two containment ponds to treat the yellow sludge. However, the ponds are meant to immediately address the spill but cleanup efforts take a “long time”. Talk about insanity, the EPA is using temporary Band-Aids for a long term solutions when it comes to environmental disasters and McGrath could not say whether it means weeks, months, or years. 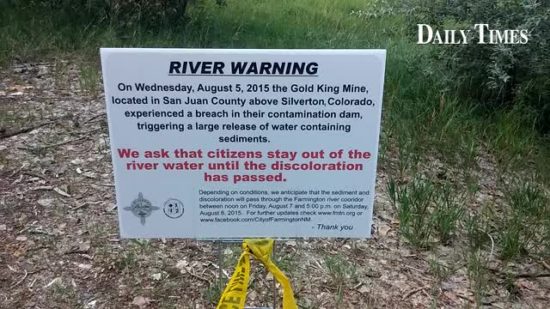 “This is a long-term impact. The sediment, the metals that are in that sediment are going to settle out to the stream bottom,” he said. “As we have storm surges, as we have flooding events, that sediment can and likely will get kicked back up into the water. We’re going to have to do ongoing monitoring.”

“The emergency declaration will make $500,000 in state funds immediately available to help in the cleanup of the river, which has turned a yellowish-orange color.” http://kdvr.com/

Regretfully, this is all too reminiscent of the Deepwater Horizon BP Oil Disaster in the Gulf of Mexico in 2010 where a sea-floor oil gusher flowed for 87 days until it was capped on 15 July 2010, at a loss of 4.9 million barrels. In 2012 reports indicated that the oil well the site was still leaking.

Dispersants are said to facilitate the digestion of the oil by microbes. Mixing dispersants with oil at the wellhead would keep some oil below the surface and in theory, allow microbes to digest the oil before it reached the surface. Various risks were identified and evaluated, in particular that an increase in microbial activity might reduce subsea oxygen levels, threatening fish and other animals. Several studies suggest that microbes successfully consumed part of the oil. By mid-September, other research claimed that microbes mainly digested natural gas rather than oil. David L. Valentine, a professor of microbial geochemistry, said that the capability of microbes to break down the leaked oil had been greatly exaggerated.

GMO’s to clean up the BP oil spill?

Genetically modified Alcanivorax borkumensis was added to the waters to speed digestion. The delivery method of microbes to oil patches was proposed by the Russian Research and Development Institute of Ecology and the Sustainable Use of Natural Resources

FACTS to remember about The Gulf Oil Spill

*2012, tar balls continued to wash up along the Gulf coast and in 2013, tar balls could still be found in on the Mississippi and Louisiana coasts, along with oil sheens in marshes and signs of severe erosion of coastal islands, brought about the death of trees and marsh grass from exposure to the oil.[220] In 2013, former NASA physicist Bonny Schumaker noted a “dearth of marine life” in a radius 30 to 50 miles (48 to 80 km) around the well, after flying over the area numerous times since May 2010.

* 2013, researchers found that oil on the bottom of the seafloor did not seem to be degrading, and observed a phenomenon called a “dirty blizzard”: oil in the water column began clumping around suspended sediments, and falling to the ocean floor in an “underwater rain of oily particles.” The result could have long-term effects because oil could remain in the food chain for generations.

* 2015 study by the National Oceanic and Atmospheric Administration, published in PLOS ONE, links the sharp increase in dolphin deaths to the Deepwater Horizon oil spill

In July 2015, BP agreed to pay $18.7 billion in fines, the largest corporate settlement in U.S. history.

Do you know anyone who received any money from the BP settlement? I don’t.

The EPA seems to use the same blueprint over and over again. Follow the money.

The Navajo Nation tribal officials have been visiting community members living along the San Juan River to inform them to not use or swim in the river’s water until further notice. They have a different take on the matter.

“We are going to be suing for millions- billions of dollars,” Navajo Nation President Russell Begaye

They want to sue for the damages, I wish them luck.

According to the EPA, “No health hazard has been detected yet. “ Yet, Glen Canyon National Recreation Area officials said visitors will be warned starting Monday to avoid drinking, swimming or boating on affected stretches of the lake and river until further notice.

Local government officials in New Mexico and Colorado have blasted the EPA for failing to alert surrounding communities and states when the spill occurred and stated that answers have been slow to come. As a precaution, officials in both cities have shut down the river’s access to water treatment plants leaving their communities with only a 90-day supply of water and other water sources to draw from.

“Nature has a way of cleansing itself. It’s going to take a while on this one,” Tom Cech the director of One World One Water Center MSU-Denver. 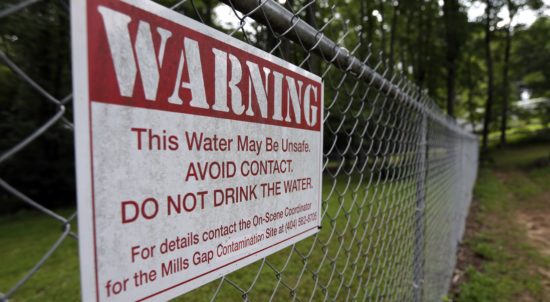 RELATIVE BIOAVAILABILITY OF ARSENIC IN SEDIMENTS FROM THE ABERJONA RIVER http://www2.epa.gov/sites/production/files/documents/rba-as_aberjona.pdf