Immediately stop feeding your pet a product that has been recalled. If your pet may have consumed a recalled product, consult your veterinarian, even if your pet isn’t showing any symptoms. Your pet could die.

FOR IMMEDIATE RELEASE — August 10, 2015 — Burlington, WA — Northwest Farm Food Cooperative of Burlington, WA, is voluntarily recalling frozen raw Cat Food with the code Jul12015B due to their potential to be contaminated withSalmonella.

Salmonella can affect animals eating the products and there is risk to humans from handling contaminated pet products.

Healthy people infected with Salmonella should monitor themselves for some, or all, of the following symptoms: nausea, vomiting, diarrhea or bloody diarrhea, abdominal cramping and fever. Rarely, Salmonella can result in more serious ailments, including arterial infections, endocarditis, arthritis, muscle pain, eye irritation, and urinary tract symptoms. Consumers exhibiting these signs after having contact with this product should contact their healthcare providers.

Pets with Salmonella infections may be lethargic and have diarrhea or bloody diarrhea, fever, and vomiting. Some pets will have only decreased appetite, fever and abdominal pain. Infected, but otherwise healthy pets can be carriers and infect other animals or humans. If your pet has consumed the recalled product and has these symptoms, please contact your veterinarian.

No pet or consumer illnesses from this product have been reported to date. However, because of their commitment to safety and quality, Northwest Farm Food Cooperative is conducting a voluntary recall of this product.

The recall was the result of a sampling done by the Food and Drug Administration which revealed that the finished product contained the bacteria. The company has ceased the production and distribution of the product as FDA and the company continues their investigation as to what caused the problem.

This recall is being made with the knowledge of the U.S. Food and Drug Administration

Consumers who have purchased the above lots of frozen raw Cat Food are urged to stop feeding them and return product to place of purchase for a full refund or dispose of them immediately. For further information about the recall please call (360) 757-4225 Monday through Friday from 9:00 am – 4:00 pm PST.

RECALLS, please look over the list to be sure that you have not purchased or fed your animal the following products.

May 14, 2014: Bravo® Issues Nationwide Recall of Pet Food for Dogs and Cats

October 28, 2013: How to Report a Complaint about Jerky Pet Treats

NOTE: Earlier recalls not provided; food older than two years has likely expired and should not be consumed. (Most pet food has an expiration date; look for it on the package or can. As a general rule, unopened dry food usually stays good for a year; unopened canned food for two years.)

Thanks to a grant from the Humane Society of the United States, a small Louisiana town, with the help of the Dixon Correctional Institute and its inmates, has its only pet shelter. Wayne speaks with Col. John Smith to discuss how it all works.

WHO is Patrick Roddie ? Find out what he said

to the EPA about Chemtrails 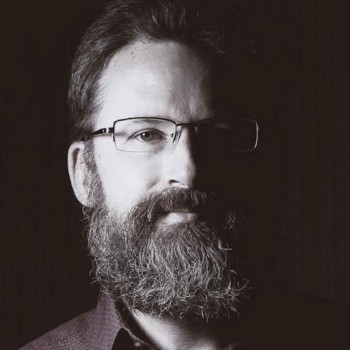 Please Donate to keep THE TRUTH DENIED Up and Running! Thank you in advance!