In addition to Home Depot , be aware that  “51% of garden  plants purchased at Lowe’s (NYSE: LOW), Home Depot (NYSE: HD) and Walmart (NYSE: WMT) in 18 cities in the United States and Canada contained neonicotinoid pesticides at levels that could harm or even kill bees. Following the release of this report, Home Depot announced it would require its suppliers to label all plants treated with neonicotinoid pesticides, which have been shown to harm and kill bees, by the fourth quarter of 2014. It also committed to “find alternative insecticides for protecting live goods and bees.”   (study released by Friends of the Earth and Pesticide Research Institute, Gardeners Beware 2014)

The proof is in and  folks, it’s not pretty. From 2012 to 2013 nearly 80% of bees are either not returning to there hives, or they have simply died. The reports are coming in from beekeepers and pollinators all over the country,  that the Bees are dying off at alarming rates.On July 12, 2013, Rep. John Conyers, on behalf of himself and Rep. Earl Blumenauer, introduced the “Save American Pollinators Act” in the House of Representatives. The Act called for suspension of the use of four neonicotinoids, including the three recently suspended by the European Union, until their review is complete, and for a joint Interior Department and EPA study of bee populations and the possible reasons for their decline. The bill was assigned to a congressional committee on July 16, 2013 and did not leave committee.

Call on Home Depot and Lowe’s to get rid of the bee-killing neonics.

A group of activists named SumOfUs  have  been right in front of the issue on  the front lines of a global campaign to save our bees. They came together to fight Bayer at a huge independent garden store show in Chicago, where the German chemical maker was out in force. They have even taken  legal action in Europe to defend the EU’s ban against Bayer, and just last week  they spoke out at Bayer’s annual shareholder meeting in Germany. But to win this fight, they need the public’s assist as well  a big  push  to urge  retailers to drop these bee-killing pesticides now.

According to the group:

UPDATE 23 April 2015: “Lowe’s just promised to phase out the sale of bee-killing pesticides, after members of SumOfUs and Friends of the Earth took action, visited stores, and made their voices heard. “

Bees are dying off around the world in record numbers — but big retailers are still selling the poison that is killing them. 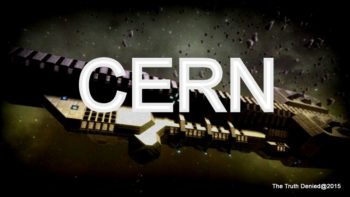