9-11-2016 10:11 AM (EST) Democratic Nominee Hillary Clinton unexpectedly left the 911 Ceremony after nearly fainting. Sources say that it was the 84 degree heat; some have reported that she went to the ER. Observers in the medical field have proposed that Hillary Clinton is symptomatic of Parkinson’s disease, which includes tremors or shaking, with hand or fingers. Another characteristic of Parkinson diseases is tremor of the hand even when the body is at rest. Over the course of time, we have observed these symptoms with Clinton’s decrease in mobility, including shuffling and fainting.

As with today’s medical episode, Clinton was not only unable to walk on her own, she needed to be carried into the van. Other symptoms to watch for in the future would be an observation of Rigid Muscles, reduced ability to stand and curved posture, imbalance, inability to move automatically (at will)  and problems associated with speech. Speech may occasionally slur, loss of normal inflections to speech, monotone has been identified as well.

An NBC News report stated that  a law enforcement source who was at the scene standing 15 feet away from Clinton says Hillary was standing on a curb with her protective detail waiting for her motorcade. They were surprised to see her because she wasn’t scheduled to leave this early, so she had to wait two or three minutes, but when it finally rolled up, law enforcement source says she stumbled off the curb, appeared to faint, lost one of her shoes that ended up underneath the van, her protected detail helped her into the van, then the van took off to the ER.

Later, aides drove Clinton to her daughter Chelsea’s New York apartment to rest, and Clinton emerged looking rested. She hugged a child on the street and waved to supporters. 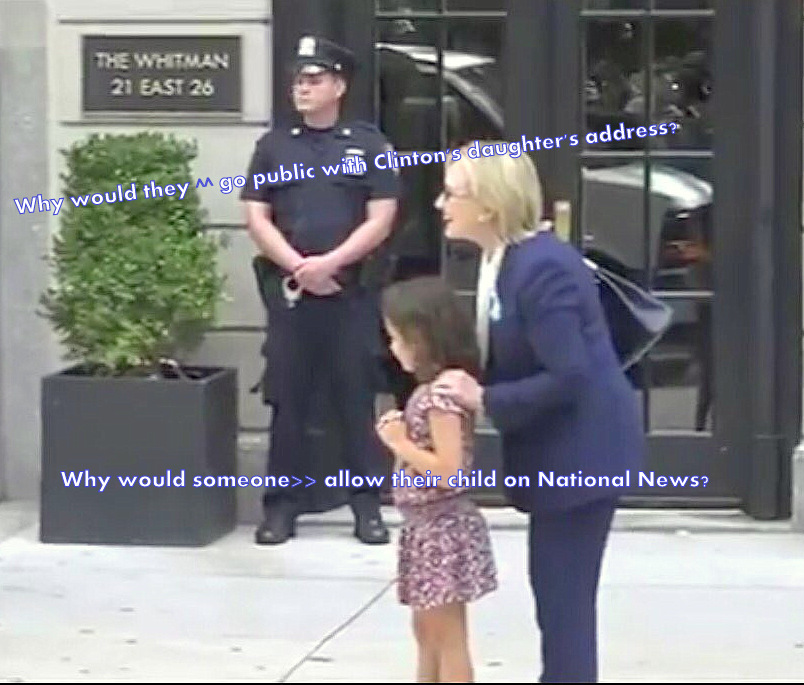 “I’m feeling great. It’s a beautiful day in New York,” Clinton said as she left in her car.

Watch the video here that shows Clinton stumbling, about to fall down several times, losing her shoe, and being put into the van.

Some reporters think that this was actually  a staged event. Questions to ask would be why would Hillary Clinton “stage” an illness? Could it be that her popularity would go up in the polls because of all the attention she is getting in the news today? And shouldn’t 911 and the ceremony for the dearly departed be the focus in America today? Some readers don’t even believe that Hillary Clinton is ‘human’, as she has been called everything from a reptile, humanoid, and even an android.