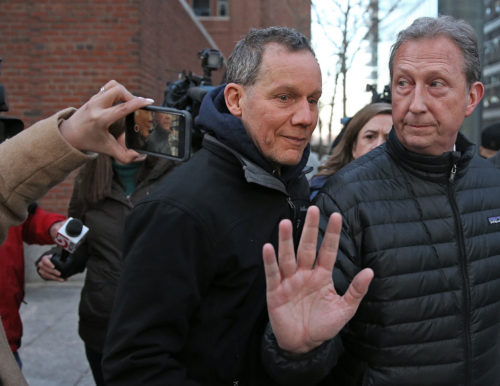 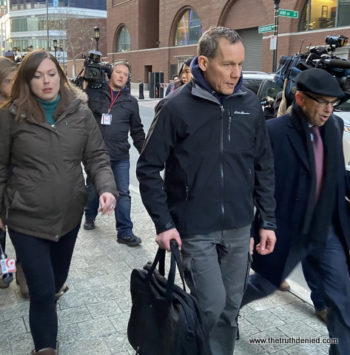 FBI have uncovered a campaign by Chinese officials to seed U.S. universities with clandestine military scientists.

Visiting researcher at UCLA is arrested and charged with destroying evidence

UPDATES June 2020 : To Our readers: Facebook  had sighted and removed this article  and labeled it as a ” Partly False” Story. None of this story is false, and we fought  Facebook and were able to get our Article reinstated.- The Truth Denied

“Arkansas Republican Senator Tom Cotton has pushed the conspiracy theory that Coronavirus is a man-made biological weapon. In an interview with Maria Bartiromo on February 16, Cotton said, “This virus did not originate in the Wuhan animal market. Several of the original cases did not have any contact with that food market. We don’t know where it originated … we also know that just a few miles away from that food market is China’s only Bio Safety level 4 super laboratory that researches human infectious diseases. We don’t have evidence that this disease originated there … but we at least have to ask the question.”

As far as we know, this was a report that was really never substantiated by any solid claims, but you be the judge.

On Tuesday, prosecutors charged  Dr. Charles Lieber alongside two other Chinese researchers. Of those two researchers, one is affiliated with Harvard Medical School and charged with attempting to smuggle research to China and the other allegedly holds a lieutenant rank in the Chinese People’s Liberation Army.

What do Dr. Charles Lieber, Yanqing Ye, &  Zaosong Zheng all have in common? *Conspiracy Theorists* say it’s all connected to the Coronavirus.What does hijacking America’s trade secrets have to do with Wuhan, China?  Keep reading…

Who is Dr. Charles Lieber?

The crimes listed against Dr. Charles Lieber in the  AFFIDAVIT IN SUPPORT OF APPLICATION FOR CRIMINAL COMPLAINT   are as follows:

Wuhan is Ground zero for Coronavirus:

Hubei Province is in lockdown –

The back story On Dr. Charles Lieber

According to court documents, since 2008, Dr. Charles Lieber has served as the Principal Investigator of the Lieber Research Group at Harvard University, which specialized in the area of nanoscience, (focused broadly on science and technology at the nanoscale, using novel synthesized 2  building blocks to push scientific boundaries in diverse areas from biology/medicine to energy and computing.”)  He has received more than $15,000,000 in grant funding from the National Institutes of Health (NIH) and Department of Defense (DOD) since 2008

Interesting enough, if you Google Dr. Charles Lieber on the National Institutes of Health (NIH) website, his name does not come up. Mainstream media has NOT mentioned this fact.  Yet he has been paid $15,ooo,000 by  NIH as well as DOD for his affiliated research.   ( https://ned.nih.gov/search/)

After initially signing the Chinese ” Thousand Talents Agreement “, Dr. Lieber returned to (Wuhan) WUT in November 2012. Lieber’s travel expenses to and from Wuhan were paid by WUT. Prior to this trip, arrangements were made to pay Lieber his salary and living expenses as specified in the Thousand Talents Agreement. For example, in an email dated on or about October 26, 2012, a WUT employee (hereafter the “WUT Employee”) wrote to LIEBER:

“Before your visit, I would like to talk about one detail in the
implementation of the contract of “one thousand talent” high level
foreign expert between you and our university. According to the
article concerning the payment and living conditions, I want to know
the way you prefer to be paid so that everything can be prepared
before your coming. I would like to provide two. options for you to
choose if you do not mind. Option one. I help you open a new bank
account in the Chinese Bank named [redacted]. The payment will
be put into your account and you can get the payment from the
branch of [redacted] in your country. Option Two. I can prepare
the payment in cash.”

Referring to Page 11 of the criminal complaint , note that “less than three months later, on or about January 10, 2013, the WUT Professor emailed Dr. Lieber an agreement titled “Academic Cooperative Agreement between Harvard University, USA and Wuhan University of Technology, P.R. China.” The stated purpose of the agreement, which had a five-year effective term, was to “carry out advanced research and development of nanowire-based lithium ion batteries with high performance for electric vehicles.” 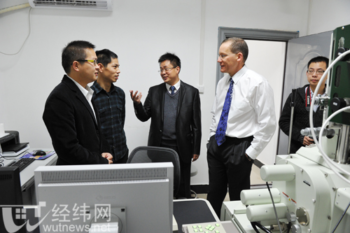 Dr. Charles Lieber: The WUT-Harvard Joint Nano Key Laboratory Officially Founded On November 12, the opening ceremony of the WUT-Harvard Nano Joint Key Laboratory was held in the Building 33 of the West Campus of WUT. The ceremony was hosted by Professor Zhang Lianmeng, Vice President of WUT. Professor Charles M. Lieber, member of the US Academy of Sciences, Professor Zhao Dongyuan, a professor from Fudan University and attended by member of the Chinese Academy of Sciences, Mr. Ma linying, Deputy Director of the Ministry of Science and Technology, Mr. Leifengyun, Deputy Director of the State Administration of Foreign Experts Affairs, Professor Zhang Qingjie, President of WUT and other relevant department heads.

Lieber then signed the contract without notifying any Harvard officials, yet signed the document on behalf of Havard University to which he had no authority to execute whatsoever.How did this oversight happen?

Doctor Lieber’s  questionable behavior would continue over the next few years seemingly under the radar of the Harvard directors. He continued opening and closing bank accounts in China for deposits from WUT, getting paid in cash, hiring other lab techs in China , and lying to the Harvard board when questioned about violating University policy. In one instance he even  told Harvard officials that he was involved in a collaborative research with WUT for “mutual scientific interaction,” but that WUT was using Harvard’s name and logo without his knowledge or consent. ” Yes, he through China under the bus with his tactics.

“Our agreement for research collaboration is between you/Wuhan University of Technology (WUT) and me, and does not constitute an agreement with Harvard University.” -(Dr. Lieber to WUT  in an email  documented on P.13 item 26 of the criminal complaint.)

2016-2017  Lieber soon  distanced himself from WUT biolabs, even asking students from WUT to join him at Harvard University rather then work out of WAT.  Yet, even after said contracts had long been expired, Dr. Lieber continued to get paid by the Wuhan University as evidenced in detailed emails from Lieber to WUT regarding Invitations to China and how Lieber would get paid , just like in previously mentioned emails. (See P.14 section 29)

2018 -The DOD started sniffing around and eventually Lieber lied to them again stating that he had never been invited to China to join the 1000 Talents programs.By this time there had been 8 million shelled out to Lieber and the “programs” that he was conducting. To cover his tracks, Lieber then wrote this very telling email to WUT, fearful of what may come next. He emailed this 2 days after the DOD had interviewed him. The email reads:

“Can you also provide me with the link/info to CAS webpage where
I am listed as directing (?) that lab at Wuhan? I lost a lot of sleep
won-ying about all of these things last night and want to start taking
steps to correct sooner than later. I will be careful about what I
discuss with Harvard University, and none of this will be shared
with government investigators at this time.” (*CAS refers to the China Academy of Science)

2018- Besides Dr. Lieber’s obvious money laundering , what else was he  hiding from US officials ?  He was taking large sums of money from Communist China for Pete’s sake! Other interesting notes on this investigation were that  Lieber was “the principal investigator associated with at least three NIH-funded research grants awarded to Harvard University since 2008. The total value of those grants exceeded $10 million. Two of those grants were being actively funded by NIH as of November 2018.” This had still not been disclosed to Harvard, or the investigators, as  Dr. Lieber  always denied any such relationship with NIH.

2019- “Based upon information provided by LIEBER during that interview, Harvard submitted a detailed written response to NIH on or about January 10, 2019. I believe that LIEBER caused Harvard to make materially false and misleading statements about his connection to WUT and the Thousand Talents Plan in that written submission. ” (P.16 item 35)

The claims listed in the  AFFIDAVIT IN SUPPORT OF APPLICATION FOR CRIMINAL COMPLAINT  that the Justice Department carefully outlines the fraudulent claims made by Dr. Charles Lieber  are as follows:

Who is Yanqing Ye? 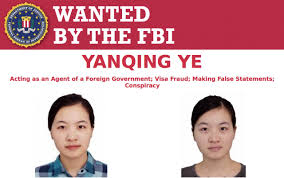 The FBI has released a wanted poster for Yanqing Ye, the lieutenant for China’s military who is accused lying on her visa application and researching U.S. military websites for her country. She is currently located in China as of this report, and is wanted for Count One: Visa Fraud, Count Two: Making False Statements, Count Three: Acting as an Agent of a  Foreign Government, and Count Four: Conspiracy to which Ye, was charged with Jan. 30th, 2020

On December 9, 2019,  Chinese a scientific researcher was caught attempting to sneak out of the US with 21 biological vials from a Beth Israel Deaconess Medical Center lab. He was  busted at the US customs border at Logan Airport . Court documents reflect that Zaosong Zheng, who is a 30-year-old Chinese citizen  is currently  being charged with making  false, fictitious and fraudulent statements after being questioned.The flight that he intended to catch was headed for Beijing, China.  Zheng said in a statement that he received the vials from “a friend”, and that friend  was Dr. Zhang Tao. Who is Dr. Zhang Tao and why is this important? 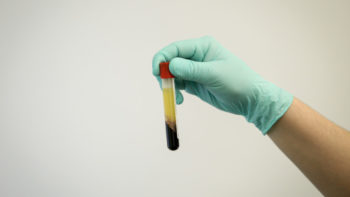 “Agents accessed Zheng’s luggage and discovered 21 vials wrapped in plastic bags and concealed in a sock, records state. The vials contained brown liquid and included hand-written labels and notes. Zheng is accused of taking the vials from the medical center on Dec. 9.”

The vials are being tested by the FBI, but details of the results have not been published as of yet.We will update this article when we find new information. 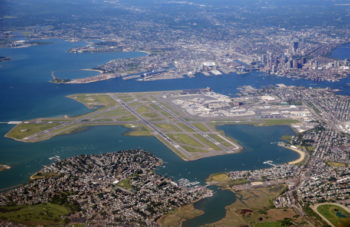 BOSTON, MA – JUNE 04: An aerial view of Logan airport and the greater Boston area as photographed on June 4, 2013 in Boston, Massachussets. (Photo by Bruce Bennett/Getty Images)

Questions to keep in mind:

Zaosong Zheng studied under the supervision of Dr. Zhang Tao who worked in Data Mining, Artificial Intelligence, Software Security, and Software Engineering.Zheng said he spent two to three months replicating the research of Zhang Tao and that he’d also replicated 11 vials of Tao’s research. He stated that the hospital was unaware.

Zaosong Zheng was a researcher of cancer, not AI or software security, so researching under Dr. Zhang Tao doesn’t add up.

As to the connection between these doctors, professors, students and  Coronavirus, many have suspected that there could be a chance that any of them were working on a cure or a vaccine for Cornoavirus. The timing of these ‘busts’ and the  events  associated with them seem a bit unnatural.

Canadian arrested:  Coronavirus: Wuhan has deadly pathogen lab linked to Chinese scientist under investigation. Yet another lab tech/scientist that no one seems to be talking about either. Check out  https://www.express.co.uk  for more.

#WuhanCoronovirus
More than 400 million people are quarantined by the Communist Party. #CCP pic.twitter.com/G7bNuCtPVu

It’s no big  secret that the  Chinese Talent programs have rewarded individuals in the past  for stealing proprietary information and violating export controls. It’s better well known as intellectual property theft, as in the case with the controversial 5G tech company known as  Huawei  https://www.huawei.com/en/ 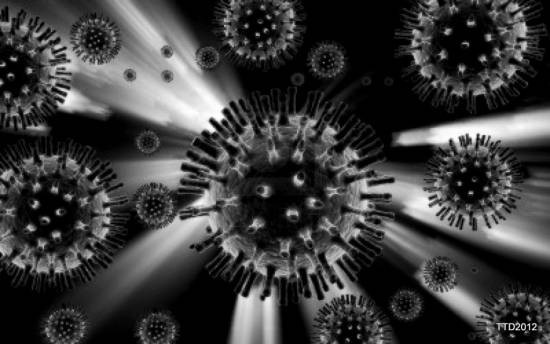