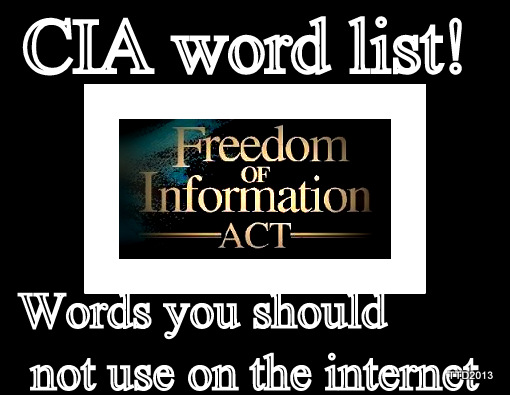 A list of keywords used by government analysts to scour the internet for evidence of threats to the U.S. has been released under the Freedom of Information Act. If you know what’s good for you, you will avoid this at all cost!  Here is the complete list and to read more on this, please visit…

CIA Tracks Blogs and Social Media Sites. So what?

It’s a Virginia-based Open Source Center that tracks and analyzes over five million tweets, blogs posts and content on other social media sites around the world daily. The group’s nickname is known as the   ‘vengeful librarians,’ and they watch for possible uprisings or instability around the world.  They are watching activist groups, and…

Read More about CIA Tracks Blogs and Social Media Sites. So what?