The Universe of Fields & How Vibration can Create 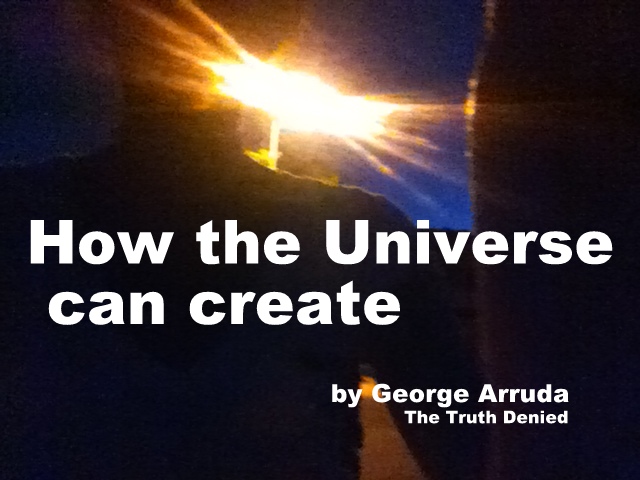 As physics looks into the construction and interactions of the very smallest details of our reality, something odd and wonderful begins to become evident; everything that is has a energy field and that field reacts and interacts with the universe. This includes us. Humanity. Human beings.

World-famous physicist  Stephen Hawking was noted as saying  that “ the world as we know it could be obliterated instantaneously.” It has been well established that  spontaneous events do indeed  happen, and a good example of this  is  when the universe began in a rapid expansion called  inflation  that lasted only a tiny fraction of a second. The effects?  We owe our existence to that sudden event.

~A particle accelerator is a device that uses electromagnetic fields to propel charged particles to high speeds and to contain them in well-defined beams.~

Cern; the particle accelerator that was used to discover the Higgs-Boson particle.

Why is this important?  You are not the only one to ponder such things.

It’s official! Peter Higgs and Francois Englert won the Nobel prize for discovering the Higgs boson particle! So, what is a Higgs boson, anyway? Good question! And we’re here to revisit a story we brought you last year that will hopefully clear everything up for you.

Q: So I keep reading about this physics guy named Higgs Boson. Who is he, and why is he in the news all of a sudden?

A: Correct. It’s a particle.

Q: A particle? What’s that?

A: A basic building block of stuff. Like an electron.

A: Well, an atom is made up of other, smaller particles. But yes. Sort of like an atom.

Q: And how does this Higgs thing fit into that?

A: About 40 years ago, physicists tried to put together a theory that would explain why stuff behaves the way it does. They called it the Standard Model. One of the things they imagined would need to be part of that Standard Model was a boson, a type of particle that would allow other particles to do the kinds of things that particles do.

Q: And what do particles do?

A: They combine together. They form things. Bosons help slow particles down from their natural super-speed and let them join up with other particles and stick together.

A: But for all of these years, it’s only been a theory. This guy named Higgs had proposed that these bosons exist to do this stuff, but no one had ever seen them. Until last year when a machine in Switzerland designed to test the predictions of physicists found something that would be consistent with the existence of the Higgs boson.

A: They think they saw one. They saw something that could very well be a Higgs boson.

Q: Why aren’t they sure?

A: The Higgs boson is an unstable particle. As soon as you see it, it’s gone.

Q: And why is this exciting?

A: Because it would mean that some crazy theory a bunch of physicists came up with 50 years ago to explain the way the world works might actually be true.

Q: And if I wanted to watch a 7-minute comic-book-style video made by a physicist to explain this in more detail?

Q: Thanks. So you’re sure Higgs Boson isn’t just some guy’s name?

Are you more or less confused than before?

What happens when a particle collides at high speed with another particle is not just the sum of what components made up the two particles, but an interaction of energy with the fields entangled about them?  This energetic interaction with the fields can generate new particles. Let’s pause and ponder that for a moment. Two things collide and from that collision an energy is released vibrating the field and something new is created. Not revealed, not dissected, but created. I find that to be astounding, powerful and profound. What is the threshold for this creation? How low can energy be put into the system and still get output? Can the energy of thought, or sound assist in such an outcome?

Perhaps soon, science will assist in us realizing what shamanism has known for a very long time; that we are the universe, and the universe is us. We can interact with things on levels science is only beginning to understand. Humanity has a wonderful future, if we want to focus on it. If we let others define our outcome, we get what we are told we get. I see these new discoveries as a conformation that we live in a far more interactive universe than we are being told.

George was born in Honolulu, Hawaii, but spent his formative years around Monterey Bay, California. Throughout his life George has worn many hats; from wildland firefighter, to working for the Dept. Homeland Security’s TSA. All through his life however he kept alive his love of writing which began back in 1978. His varied background, and wide ranging interest have provided a platform from which to create works of fiction and nonfiction.

One thought on “The Universe of Fields & How Vibration can Create”