I would like to address an astute observation that was posted to our news page today by Lenny Revell regarding the current  presidential election. Lenny’s post is a plausible scenario, although he has not accounted for the slim margin of inaccuracy that can occur when the will of the American people trumps the ‘controllers’ will, no pun intended. That being said, I would like to exemplify how the will of the people can literally outnumber that of the  controllers.

Be sure to scroll down and vote in our poll.

Firstly, let’s have a look at Lenny Revell’s statement:

“All presidents are preselected in advance. That’s how the ruling Elite maintain their power. No matter who you pick, you pick one of their guys because they control both major parties. Voting is only allowed to continue because a population that still believes that they have freedom of choice is less likely to revolt. That’s why no matter who’s in office – Bush, Obama, Clinton, etc… The overseas war for the bankers to grab more territory continues, the spying on American citizens continues, the degradation of the value of the currency continues to plummet. Good jobs are outsourced to weaken the country to slowly collapse it, poison mandating (aka mandatory vaccines) are slowly trying to be pushed on us to screw up our nervous system and brains so we can’t fight back, chemtrails are deployed almost regularly because the sprays slowly weaken and compromise our immune systems to disease, whistleblowers of government corruption are punished, and the corrupt that abuse their power are rewarded, and nothing changes.”

Here are some of the discrepancies in Mr. Revell’s scenario:

“This is ground zero for the attacks and media serves it to the public as ‘truth’.” -TTD

An example of this  would be in the case of  John F Kennedy where a unique situation occurred; it was one of the closest elections in American history. JFK won the popular vote by a slim margin of approximately 112,000 votes when it was Richard Nixon who was the chosen for a number of reasons.  Richard Nixon who had served as VP under President Dwight D. Eisenhower, won more individual states than Kennedy, but it was Kennedy who prevailed by winning key states with many electoral votes. So if JFK was not the chosen president, how did he win? And of course we know what happened to him. JFK was in office 1,036 days when he was delivered a bullet to the head on 11-22-1963. His popular brother Senator “Bobby” Kennedy was assassinated on June 5, 1968. Richard Nixon went on to become the 37th president of the United States in 1969 however as always the  controllers eventually got there way.  On August 9, 1974 Nixon resigned in the face of almost certain impeachment and removal from office due to his involvement in the Watergate scandal.  When the controllers are done using you, they spit you out like garbage.

Hillary said that “It’s a good idea that Donald Trump is not the President”. Trump replied “Yes, because you would be in jail”.

“In psychology, the study of brainwashing, often referred to as thought reform, falls into the sphere of “social influence.” Social influence happens every minute of every day. It’s the collection of ways in which people can change other people’s attitudes, beliefs and behaviors. For instance, the compliance method aims to produce a change in a person’s behavior and is not concerned with his attitudes or beliefs. It’s the “Just do it” approach. Persuasion, on the other hand, aims for a change in attitude, or “Do it because it’ll make you feel good/happy/healthy/successful.”

The education method (which is called the “propaganda method” when you don’t believe in what’s being taught) goes for the social-influence gold, trying to affect a change in the person’s beliefs, along the lines of “Do it because you know it’s the right thing to do.” Brainwashing is a severe form of social influence that combine­s all of these approaches to cause changes in someone’s way of thinking without that person’s consent and often against his will.”

If the controllers cannot choose or control a candidate, what do they do next?

The Kennedy’s were the voter’s choice and they were not slated to actually win, regardless of the party line they towed. The assassination of JFK was a major blow to the American people then and it still lingers now.

Juan Romero, the busboy who shook hands with Kennedy right before he was shot, later said, “It made me realize that no matter how much hope you have it can be taken away in a second.”

The race between Trump and Clinton afford us all a closer look at what possibly goes on behind the scenes, that’s if you are paying attention. We have to ask ourselves who is behind all of this. There are clear signs of the cabal losing momentum and they are scrambling for any dirt on Clinton’s opponent to hand over to the media. They have spent millions attempting to keep Clinton’s reputation clean by paying off the higher ranks in government to keep her out of prison. It’s hypocrisy at its best!  They aren’t doing a very good job at it are they? You can thank Julian Assange of WikiLeaks for that!  Don’t you find it odd that despite the massive accusations and crimes against Clinton, nothing sticks?   Trump’s dirt is not a tenth of the dirt we have on Hillary so what gives?  Have faith. If you want to vote for Trump, then do it. And when you do, shout it from the rooftops!

“No army can stop an idea whose time has come.” Victor Hugo 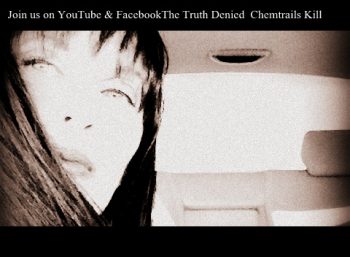 Roxy Lopez Author and owner of The Truth Denied

Please join us on You Tube

7 thoughts on “What happens when the controllers don’t get their way?”