A Pitiful Day in America: Dennis Banks speaks out about the ‘hate crime’ in Reno during Columbus Day Protests 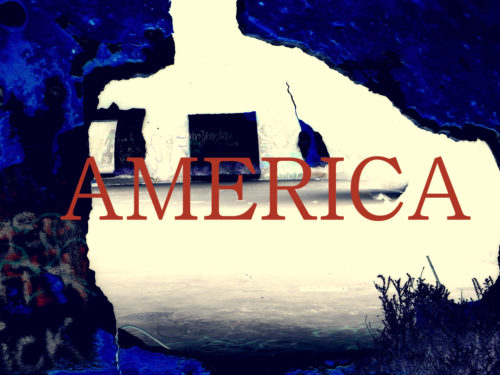 UPDATE 10/13/16 More information that has come in on this story “One of the witnesses who posted video on Facebook Live said the two men in the pickup had been “stalking the protest” at the original site where the activists had gathered two blocks away. “They drove by once as we were walking toward the arch, yelling obscenities,” said Taylor Wayman, 27, who said he was not an official member of the sponsoring groups but decided to attend the rally. “I heard the driver ask one of the protesters, ‘Do you want me to kill your homies?’ and that really set everybody off,” Wayman told AP on Tuesday. See the video below.

Reno Police Chief Jason Soto addressed the Reno City Council October 12, 2016 . He said an affidavit is being prepared on possible charges related to the incident with a truck driver and protesters in downtown Reno on Columbus Day. Soto didn’t say, however, against whom the charges would be filed. The affidavit will be given to the Washoe County District Attorney’s Office. As of this time, there have been no arrests.If anyone has any information, including photos and videos, it is extremely  important  to contact the Reno Police Department at 775-334-2115, or Secret Witness at 775-322-4900

“At least four people were hurt by a pickup and one woman was hospitalized during a protest in downtown Reno. The incident occurred at around 6:41 p.m. Monday under the Reno Arch on Virginia Street where a group of around 40 protesters gathered, a news release sent early Tuesday morning from the Reno Police Department said. The protesters were part of a group protesting the observance of Columbus Day, Quanah Brightman, executive director of United Native Americans Inc., said after the protest. Protesters were also speaking out against the controversial Dakota Access Pipeline in North Dakota.”

With that being said, as videos of the Columbus day assault continue to circulate social media we are observing even more anger as to who was wrong , who should have been arrested, and questions as to the legalities of the protesters in the streets that day in Reno. Questions that impact racial discrimination as a whole. What if the driver was black? Or what if it were reversed and white people were protesting in the streets and a Native American was driving the truck.

Watch the video, as there are clips of the event, and it appears to be the driver of white truck who  provokes the protesters. Take notice of the  woman who is holding a small child. As she  approaches  the white truck, asking for them to “go around”, the protesters. The driver, who has been identified as an 18 year old male, shouts out obscenities in retaliation, and continues to rev up his engine and continuously honk is horn, which is inappropriate to say the least. The driver is obviously angered by the small crowd in the street.  A few moments later, he puts petal to the metal and drives straight into the crowd injuring 5 people. I agree with Dennis Banks that the driver should have been arrested at that point, regardless of  protesters being in the streets legally or not. It is obvious in the footage that the driver was the provocateur.

The mainstream media is not covering this story as of yet. Please keep in mind, that the purpose of  propaganda is to spin the truth and pit all Americans against one another. It is the government that is the predator, though they would like us to believe that it is WE THE PEOPLE who are a ‘danger’ to our own society.  All of the racist movements are causing the hate, the murders, the threats and violence in our streets to escalate which is the opposite of what we should be doing. We should be uniting for the cause, that being preservation of our liberties. Unfortunately, if you have a voice in America, you are an enemy to the establishment.

Dennis Banks is an advocate for the people. His words are clear and his message is honest. Banks states that “This is not (probably) the worst hate crime that has happened against us.” He goes on to say that  “The worst hate crimes are the many massacres, brutalities and the hangings of our people; I think the continuation of these kinds of crimes is outrageous. Over 550 years we’re still taking the brutality of the white man…anger, hate, and I think that, well of course there are many native people that live in Nevada (Reno). The man has been interviewed but he hasn’t even been arrested yet. He should have been arrested at the scene of the crime. This is pitiful; it’s a pitiful day in America. We have to live through it, again.”

(See how readers responded to Dennis Banks below.)

Sylvia M Maresca  “Dennis, what Native Americans need to do is realize that on reservations, the governing tribal council has say over just about everything. Stop blaming Whites for your problems and start making your voices heard and listened to at the tribal meetings. Ask them where all the money the U.S. Government (American taxpayers) gives to the tribes is going. Demand  of  YOUR  leaders,  leave us alone.”

Rob Bennett
Pedestrians always have the right of way. This driver had every opportunity to leave or escape, but he repeatedly drove past and antagonized the Native Americans by revving his engines. Driving by repeatedly and revving your engine at pedestrians is BRANDISHING a car as a weapon. Pedestrians were prepared to defend themselves and their women and children from someone shouting racial slurs and BRANDISHING a car. Using a car for TERRORISM is wrong and should be punished. Blocking a street is a minor offense especially when confronting racists and terrorists. Rule #1 for gun safety is NEVER BRANDISH a WEAPON. If you pull a weapon, it is because you intend to use it. If you rev your engine and shout profanities, edging closer to a crowd that is a cowardly act of hiding behind a vehicle as a weapon. Pedestrians always have the right of way, even if JAYWALKING. Intentionally running them over is a crime, please do not do this in your home town. Please do not be encouraged by the Reno Police’s lack of response. A car is a tool, but using it in this way it becomes a WEAPON of TERROR.

Dennis Banks (born April 12, 1937), is a Native American leader, teacher, lecturer, activist and author, is an  Anishinaabe  born in northern Minnesota. Banks is also known as Nowa Cumig. His name in the Ojibwe language  means “In the Center of the Universe.” He has been a longtime leader of  AIM which he co-founded in 1968 with Native Americans in  Minneapolis. He is also a proud member of  Diversity Foundation. Org  His autobiography Ojibwa Warrior: Dennis Banks and the Rise of the American Indian Movement, was published in 2004.

In 2010-2011 Dennis Banks was the subject of the award winning documentary “A Good Day To Die” produced and directed by David Mueller and Lynn Salt. “A GOOD DAY TO DIE” tells the story of Dennis Banks, who co-founded the American Indian Movement (A.I.M.) in 1968 to call attention to the plight of urban Indians in Minneapolis, Minnesota and the rise of A.I.M. itself. Much of the film’s energy is focused on the early and controversial actions of A.I.M. in Washington DC, Custer, South Dakota and Wounded Knee.

“There is no way around the truth, it has become the elephant in the room.”

4 thoughts on “A Pitiful Day in America: Dennis Banks speaks out about the ‘hate crime’ in Reno during Columbus Day Protests”