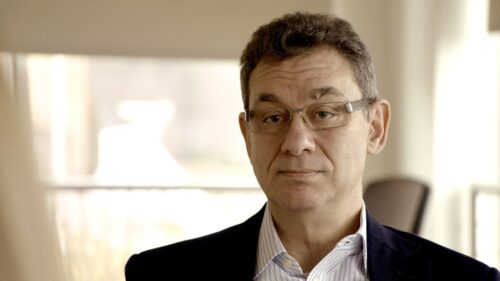 NOTE: Facebook restricted this article based on the following:

Our story however, matches the Fact Checkers story!

The claim appeared in an article (archived here) published by ConservativeBeaver.com on November 5, 2021. It was titled “CEO of Pfizer arrested, charged with fraud – media blackout – Conservative Beaver.” It opened:

Beaver Exclusive Pfizer CEO Albert Bourla was arrested at his home in the affluent suburb of Scarsdale, New York Friday morning by the FBI and charged with multiple counts of fraud. Bourla is bein

Users on social media only saw this title, description and thumbnail:

Beaver ExclusivePfizer CEO Albert Bourla was arrested at his home in the affluent suburb of Scarsdale, New York Friday morning by the FBI and charged with multiple counts of fraud. Bourla is bein

In a November 5, 2021, telephone call, the Scarsdale Police Department said the Conservative Beaver story about Bourla is false.

No … There’s been no FBI activity in Scarsdale. He does not reside in Scarsdale, the house has been sold.

Pfizer’s media staff said the same: “This is a false claim,” Pifzer’s senior director of global media relations Jerica Pitts wrote in a November 5, 2021, email to Lead Stories. “We had media interviews he was participating in live all day – CNN, CNBC, Fox, etc.,” Asked to confirm Scarsdale Police’s report of Bourla’s home sale, Pitts said the company does not disclose where employees live.

Here, for example, is a link to the CNBC interview with Bourla on November 5, 2021, which aired live.

Scarsdale, described by the New York Times as “a pricey suburb with an Old World air,” is 25 miles from midtown Manhattan, making it popular with corporate executives like Bourla. His vaccination status was the focus of a report on a local news website, Scarsdale 10583. Pfizer’s headquarters is on 42nd Street in Manhattan.

Lead Stories has requested FBI information about the claim and will update this report when the agency replies.

“This story has been banned from Mainstream Media : The police have ordered a media blackout Friday, 11-5-2021

“Pfizer CEO Albert Bourla was arrested at his home in the affluent suburb of Scarsdale, New York Friday morning by the FBI and charged with multiple counts of fraud. Bourla is being held while he awaits a bail hearing. Federal agents are in the process of executing a search warrant at his home and at multiple other properties he owns across the country.

Albert Bourla faces fraud charges for his role in deceiving customers on the effectiveness of the COVID-19 “vaccine.” Pfizer is accused of falsifying data, and paying out large bribes. According to an FBI agent that spoke to the Conservative Beaver, Pfizer lied about the effectiveness of the vaccines, and mislead customers about the serious side effects the vaccines can produce.”

TRUE or FALSE? “Pfizer is accused of paying off governments and the mainstream media to stay silent.”-Conservative Beaver Website

“Albert Bourla was already in hot water after it was revealed Pfizer, and a research partner, “falsified data, un-blinded patients, employed inadequately trained vaccinators, and was slow to follow up on adverse events.” The whistleblower Brook Jackson was fired as a result of her attempts to stop the fraud that was being committed, BMJ reported.

In October, Project Veritas released a series of leaks dubbed “PfizerLeaks.” In the video, another Pfizer whistleblower reveals how the company uses aborted fetal cells in the COVID-19 “vaccine.” Pfizer tried to keep this fact hidden from the public.

If convicted, Albert Bourla could spend the rest of his life in prison. Bourla is considered innocent until proven guilty.

The police have ordered a media blackout, which was immediately approved by a judge. Conservative Beaver is based in Canada, and not subject to American law.”-Posted on November 5, 2021 by Foreign Affairs Intelligence CouncilPosted “

The following statements are actually factual and easily proven. As well you can easily track them on the internet. That being said, Bourla is still a concern.

Interestingly enough, On November 5th while Bourla was supposedly being apprehended by the FBI in NY, he pulled a Houdini.  I personally viewed the interviews with CEO. Bourla  LIVE this morning on CNN and  CSNBC , and yes, they were both LIVE interviews. He was being interviewed about the new Pfizer pill on stock market reports.

So was Bourla arrested by the FBI on November 5th, 2021? Highly doubtful.  What do you think?

Now, for something a little easier to not only prove, but being shadow banned on social media. Please watch and share with your friends and family.

Wisconsin Senator Ron Johnson held a roundtable  with several individuals who claim they were harmed by COVID-19 vaccinations. Click below for the entire hearing that has not been covered by mainstream Media. The interviews include scientists, doctors, and of course the testimonies of those who have long term damage from the vaccines. The hearing also described how the vaccine injured have “nowhere to go ” when it comes to their life long permanent disabilities caused by the vaccine.

Please share this video with your friends and families! It has been shadow banned on social media, and very difficult to find on search engines.