The following was sent to our guest  Jim Kerr as a way to explain away chemtrails! It was attached to Jim’s letter. To see the letter that Jim Kerr wrote to NASA, please check http://www.thetruthdenied.com/news/2013/07/27/jim-kerr-writes-nasa-inquiring-about-chemtrails-here-is-what-nasa-wrote-back/

The Daytime Dynamo Mission, a joint project between NASA and the Japan Aerospace Exploration Agency (JAXA), included the launch of two sounding rockets on July 4 from NASA’s Wallops Flight Facility in Virginia, to study the ionosphere’s global electrical current called the dynamo.

The dynamo sweeps through the lower ionosphere at ~100-125 km (60-80 miles) above Earth forming a complicated global pattern due to variations caused by magnetic fields around the Earth and solar activity.  The main energy driver of the dynamo is believed to be motions of the neutral gases in the ionosphere, or neutral winds of the extreme upper atmosphere.  (These winds have no relation to the winds at the surface of the earth that forms our familiar weather patterns.)  Thus, the objectives of the Dynamo Mission include measuring the dynamo current as well as the motions of the neutral gases in space.

A standard technique for measuring the motions of the neutral gases in space is to release a very small amount of vapor from a rocket or satellite payload which is then used as a tracer which may be subsequently photographed from the ground (or, in the case of the Dynamo Mission, from an airplane.)  Lithium was chosen as the tracer for the Dynamo Mission because of its unusually bright narrow-band emission at 670.7 nm wavelength, a wavelength in the infrared range, which enables it to be visible in the daytime with cameras with infrared filters.

The lithium that was released in space poses absolutely no threat to the earth’s biosphere and life on earth.  The lithium vapor is created by heating solid metal lithium rods or chips such that they change to lithium vapor with a small amount of lithium oxide which is created as a byproduct.  The total amount of lithium that was released in space during the Dynamo Mission was 750 grams (or 1.65 pounds).  The estimates of the daily meteoric metal deposition rates in the upper atmosphere range from approximately 40 to 200 tons per day.  The peak deposition of the meteoric material occurs in the 80-110 km (50-70 miles) altitude range where most meteors ablate.  The lithium metal released by the Dynamo mission was therefore a miniscule fraction of the metals deposited in that altitude range on a daily basis by meteor ablation.  Further, the very small amount of lithium that was released in this experiment was spread over a large height range, such that their concentrations are far less than those already present in the natural environment within a few minutes after the initial release. 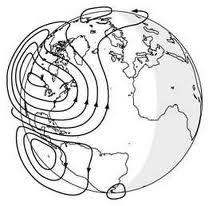 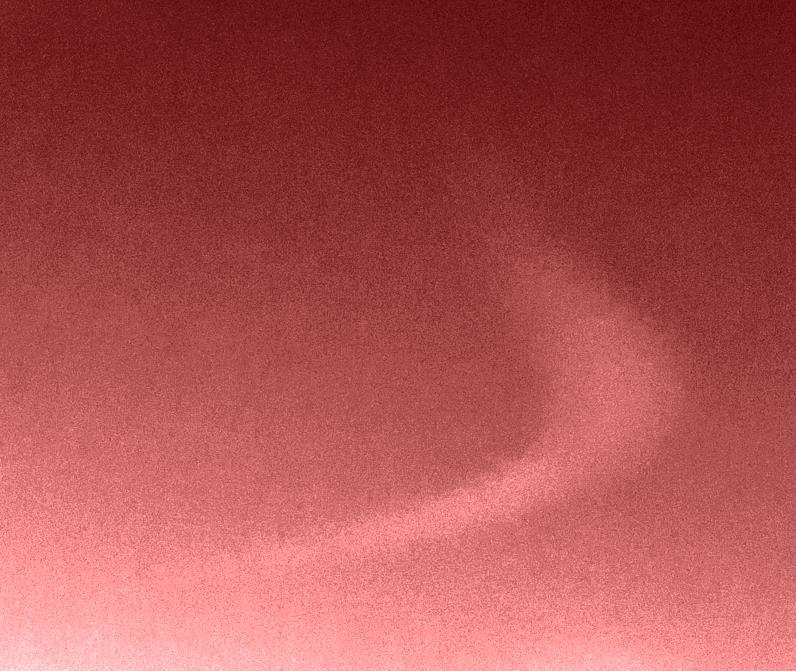 Caption:  A global electric current called the dynamo exists in the ionosphere and creates patterns such as those shown here. Credit: USGS

Caption:  The lithium trail released by the Dynamo rocket reveals the motions of neutral gases in the earth’s ionosphere. Credit: NASA.