How was Mars Destroyed? Part II of Moon , Mars Connection 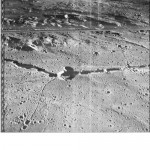 WHAT HAPPENED TO MARS?
“The genius of the private sector working with government is going to lead the way in commercial spacecraft to take cargo to the space station so the space station can continue the innovation and discovery, be the national laboratory in the sky.”

Are Aersospace programs throughout the world mining Mars and Earth’s moon? Are engineers altering more than the atmosphere of Earth?

NASA states that “Mars was destroyed by solar Winds”.  Wait a minute, like the kind of Solar X flares that Earth is experiencing currently?

See Wikepedia
Space weather is the concept of changing environmental conditions in near-Earth space[1] or the space from the Sun’s atmosphere to the Earth’s atmosphere. It is distinct from the concept of weather within the Earth’s planetary atmosphere (troposphere and stratosphere). Space Weather is the description of changes in the ambient plasma, magnetic fields, radiation and other matter in space. Much of space weather is driven by energy carried through interplanetary space by the solar wind from regions near the surface of the Sun and the Sun’s atmosphere (chromosphere and corona).[2]The term space weather is sometimes used to refer to changes in interplanetary (and occasionally interstellar) space.

****What is TERRAFORMING and are scientists experimenting with it?****
Wikipedia states that “Terraforming (literally, “Earth-shaping”) of a planet, moon, or other body is the hypothetical process of deliberately modifying its atmosphere, temperature, surface topography or ecology to be similar to those of Earth to make it habitable by terrestrial organisms.

Based on experiences with Earth, the environment of a planet can be altered deliberately.

CERN STEERING A PLANET?
“Last year /CERN put the LHC at work, within a week you had the 8.8 Chilean earthquake¬, the 6th biggest in history. Now after 3 months of halting the machine, they put it online and we get the 5th biggest… 2 of the BIGGEST earthquakes of history in a year.” Is this a mere coincidence, or could there be a correlation?

http://www.reuters.com/article/2011/07/25/us-science-higgs-idUSTRE76O5J120110725
(Reuters) – The mysterious “creation” particle believed to have turned flying debris into stars and planets at the dawn of the universe has evaded capture in a year of hot pursuit, physicists said Monday.

The Gulfstream G650® ultra-large-cabin, ultra-high speed business jet is, quite simply, the gold standard in business aviation. The flagship of the Gulfstream fleet flies faster and farther than any traditional business aircraft and envelops its privileged passengers in a level of comfort far greater than any other aircraft in its class.
APRIL 2, 2011 5:45 PM ET: The Federal Aviation Administration has confirmed a Gulfstream G650 test aircraft crashed at 9:30 AM MT on its takeoff roll on runway 15 21 at Roswell International Air Center Airport in Roswell, New Mexico, killing all four aboard.