The Interview with John Fitzgerald :

Bringing awareness to the masses one citizen at a time!

John Fitzgerald is a man of pure heart and truth, and it was an absolute pleasure to interview him: he’s a breath of fresh air! What I like most about  John Fitzgerald is his ability to speak out about the present day hard core global issues  without sounding  preachy . With John, it’s all about the  conversation, sharing, acknowledging, and he is down right forthright. Listen folks,  John has done his homework on issues like 9/11, the NDAA,  the Federal Reserve, the Franklin Scandal, Chemtrails, GMO’s, even the mind control happening over at Fort Benning!  If anything, John is a truly unique individual with an extensive knowledge base, and let’s just say, he has been down a few rabbit holes! He really does care about our country, and that matters to me.

Now, would I elect a man to a US House position just because we can dish about conspiracy and corruption? Hell Yeah I would!

All kidding aside, he gets it, he is one of us, one of the 99%! He has moral values, speaks his mind, and wants to aid humanity. He probably has a real authentic birth certificate too! You be the judge, and let us know what you think!

Let’s take a look at some of John’s views!

John says: “I’m not taking any corporate or special interest money – not that Monsanto or the Bill Gates Foundation are beating down our doors. Please help in any way you can.

We ran our last campaign on less than $5,000, but this time we need to raise $7,000 by March to publish a candidate’s statement in the election handbook (the price doubled since the last election) but it will let us spread the truth to every registered voter in Contra Costa County.”

“John asked the Contra Costa Tea Party in Danville, CA, to vote for the candidate, not the party. Although running as a Democrat, he is an American first.”

“John again called for Obama’s impeachment for signing the National Defense Authorization Act which unconstitutionally allows the military to indefinitely detain US citizens without due process.”

“John Fitzgerald read the fine print in the flu shot insert and shared it with the public. You can read the package inserts here.

Section 8.1 reveals that the shots may cause infertility and miscarriages. Yet the CDC still encourages pregnant women to get the shot.

John wants to remove immunity of prosecution from the vaccine manufacturers so people injured by their untested shots can sue.”

Package Inserts and Manufacturers for some US Licensed Vaccines and Immunoglobulins     http://www.vaccinesafety.edu/package_inserts.htm

“Video features congressional candidate John Fitzgerald confronting top geoengineer Ken Caldeira at San Francisco public library. We also illustrate the difference between water based contrails and persistent contrails when a regular plane (with a short lived contrail) crosses the path of a persistent contrail at a similar altitude.” 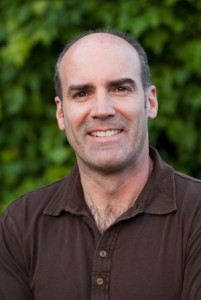 What is the public’s reaction to John Fitzgerald?

“John Fitzgerald is a bad ass. I hope San Francisco elects him. We need a couple hundred more like him.”  Greenback~

“John Fitzgerald is going to be in Congress, sooner or later, and very possibly much further. He’s got strength in his character and he’s blessed with sincerity and commonness, and he has a core, not a hollow man. People tend to like those qualities in leadership. The establishment politicians feign John Fitzgerald’s qualities. The only difference is John Fitzgerald is the real deal. He’s an Independent working thru the system via DNC. So he’s smart. Ultimately  he’s a Constitutionalist, I expect.”

“Thank you John Fitzgerald for speaking the Truth in an age of terrible Lies.” Violashutters~

DONATE to John Fitzgerald’s Campaign here: (scroll to the bottom of page for the Pay Pal Tab)

Please keep an open mind, John Fitzgerald  is a true patriot just like  Ron Paul, Dennis Kucinich, Rosalind Peterson…he is one of US. Please do what you can to support him.

John, you have my vote!