After taking thousands of photographs and hundreds of hours of video, Sean GAUTREAX, in June 2012, released the first 9 parts of “What Is In Our Skies.”  His discoveries point to the possibilities of drone warfare, the Weather Machine and even domestic drone spying.  Since then he has released parts 9-18 which address cloaking technologies and the idea that skyfish are involved with the craft above.

“The scary part is that this seems to be a global condition.”  ~ Sean Gautreax

What did we discuss on the program?

Listen to the one hour show now!

“Sean is a book illustrator in New Orleans, LA.  He revived a hobby of recording lightning in May 2011.   After realizing something was not right with the weather, he delved deeper into the altered weather mystery.  Strange video, radar anomalies and satellite photos revealed a some of the answers, but after witnessing a “UFO” in August of 2011, the hunt was on.”

Please be sure to visit Sean’s work on You Tube 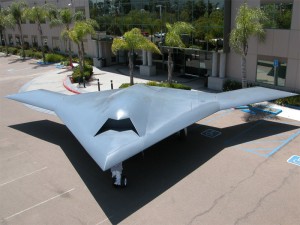