Part I :  Proof of  Catastrophic Geomagnetic Storms in the past

The Carrington Event
“On the morning of September 1, 1859, amateur astrologer Richard Carrington ascended into the private observatory attached to his country estate outside of London. After cranking open the dome’s shutter to reveal the clear blue sky, he pointed his brass telescope toward the sun and began to sketch a cluster of enormous dark spots that freckled its surface. Suddenly, Carrington spotted what he described as “two patches of intensely bright and white light” erupting from the sunspots. Five minutes later the fireballs vanished, but within hours their impact would be felt across the globe.

That night, telegraph communications around the world began to fail; there were reports of sparks showering from telegraph machines, shocking operators and setting papers ablaze. All over the planet, colorful auroras illuminated the nighttime skies, glowing so brightly that birds began to chirp and laborers started their daily chores, believing the sun had begun rising. Some thought the end of the world was at hand, but Carrington’s naked eyes had spotted the true cause for the bizarre happenings: a massive solar flare with the energy of 10 billion atomic bombs. The flare spewed electrified gas and subatomic particles toward Earth, and the resulting geomagnetic storm—dubbed the “Carrington Event”—was the largest on record to have struck the planet.”  http://en.wikipedia.org/wiki/Solar_storm_of_1859

“Ice core samples have determined that the Carrington Event was twice as big as any other solar storm in the last 500 years. What would be the impact of a similar storm today? According to a 2008 report from the National Academy of Sciences, it could cause “extensive social and economic disruptions” due to its impact on power grids, satellite communications and GPS systems. The potential price tag? Between $1 trillion and $2 trillion.” http://www.history.com/news/a-perfect-solar-superstorm-the-1859-carrington-event

Above: A modern solar flare recorded Dec. 5, 2006, by the X-ray Imager onboard NOAA’s GOES-13 satellite. The flare was so intense, it actually damaged the instrument that took the picture. Researchers believe Carrington’s flare was much more energetic than this one.

In January of 201o, Metatech Corporation issued  following report  as a warning to the military.

This report describes the threat of geomagnetic storms on the Earth caused by solar
activity and further discusses their impacts (past and future) on the U.S. power grid. The
intention is to describe the seriousness of the threat through a description of past
geomagnetic storms and their impacts. In addition, the ability to model the interactions
of the geomagnetic field with power grids allows an understanding of past events and the
ability to predict the effects of future geomagnetic storms. This report provides the
baseline for determining the future recommendations for protecting the U.S. power grid
from this threat in the future.

Warning, if you go to NASA’s link for this story, the website states: PAGE NOT FOUND 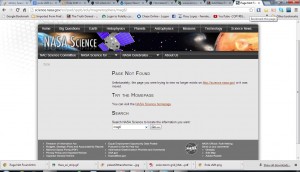 Section 1 is  a detailed overview of how geomagnetic storms affect the power grid through past experience and through the development of validated computer models at Metatech over many years.

Section 2  focuses more directly on the power system impacts caused by the March 13, 1989 Great Geomagnetic Storm in Canada and the United States.

Section 3 looks to the future and examines several  possible geomagnetic storm scenarios and their effects on the U.S. power grid.

States. Appendices A1 through A4 provide additional information to support the
analyses and conclusions reached in the body of the report.

Add that to the fact that Newt Gingrich said that America should be prepared for an EMP attack. Could the NWO use an EMP to offset any pole shift?

“Lanzerotti points out that as electronic technologies have become more sophisticated and more embedded into everyday life, they have also become more vulnerable to solar activity. On Earth, power lines and long-distance telephone cables might be affected by auroral currents, as happened in 1989. Radar, cell phone communications, and GPS receivers could be disrupted by solar radio noise. Experts who have studied the question say there is little to be done to protect satellites from a Carrington-class flare. In fact, a recent paper estimates potential damage to the 900-plus satellites currently in orbit could cost between $30 billion and $70 billion. The best solution, they say: have a pipeline of comsats ready for launch.” http://science.nasa.gov/science-news/science-at-nasa/2008/06may_carringtonflare/

Scientists are also monitoring the great ice sheets on Greenland and West Antarctica, both of which are experiencing increasing melting trends as surface temperatures are rising faster in those parts of the world than anywhere else. Each of those ice sheets contains enough water to raise sea level by 5 meters and if our world continues to warm at the rate it is today then it is a question of when, not if, those ice sheets will collapse. Some scientists warn we could lose either, or both, of them as soon as the year 2100. http://science.nasa.gov/earth-science/big-questions/how-well-can-we-predict-future-changes-in-the-earth-system/

2012: JAXA is closely monitoring the solar winds and Magnetic Fields of earth in there current study entitled

Hinode observations revealed polar field reversal only at North Pole of the Sun!

“An international research team mainly consisting of researchers from the National Astronomical Observatory of Japan and RIKEN has observed the north and south polar regions of the Sun using JAXA’s Solar Physics Satellite “HINODE.” As a result, they found that between 2008 and 2012, the reversal from minus to plus polarity of the magnetic field was taking place only in the north polar region, while the magnetic field did not change much in the south polar region.
The magnetic field of the solar polar region is known to reverse every 11 years. However, as the reversal occurred only on the north pole, and also with the development of a sunspot that was related to the polar magnetic field reversal, the condition is very similar to the “Mounder Minimum,” which brought a cold period to Earth in the mid 17th century. This phenomenon and its further movement need more attention.
Image: Large-scale magnetic landscape of the Sun predicted in the future…”http://www.jaxa.jp/projects/sat/solar_b/topics_e.html

Scientists have observed that Earth’s magnetic field has flipped its polarity many times over the millennia. If you were alive about 800,000 years ago, and facing what we call north with a magnetic compass in your hand, the needle would have pointed to south. This is because a magnetic compass is calibrated based on Earth’s poles. The N-S markings of a compass would be 180 degrees wrong if the polarity of today’s magnetic field were reversed. Many doomsday theorists have tried to take this natural geological occurrence and suggest it could lead to Earth’s destruction. But would there be any dramatic effects?

They say we have no proof, yet we have miles of data to prove that we are in the middle of a Magnetic Shift.

Check out a great article that was put out by National Geographic back in 2009:

The facts are : Earth’s north magnetic pole is racing toward Russia at almost 40 miles (64 kilometers) a year due to magnetic changes in the planet’s core, new research says.

“The core is too deep for scientists to directly detect its magnetic field. But researchers can infer the field’s movements by tracking how Earth’s magnetic field has been changing at the surface and in space. Magnetic north, which is the place where compass needles actually point, is near but not exactly in the same place as the geographic North Pole. Right now, magnetic north is close to Canada’s Ellesmere Island.”  ~ NATGEO

When they contacted Roxy Lopez about her film, they also asked questions about yet another viral interview she did on 2012 Pole shift:  Watch it hear with guest Howard Stein. This interview from 2011 has over 250K hits . Alarming information.

We will have a follow up interview with Howard Stein on Tuesday 12-11-12  as well an article that will aid the public with preparations.  Be sure to tune in, or simply put THE TRUTH DENIED on you RSS feeds so you can continue to receive alerts.

FEATURED PHOTO CREDIT FROM :Secret Maps Of The Ancient World: Our Earth Before The Last Pole Shift?

Please join Roxy Lopez every Tuesday Night 8-10 PM EST for the most informative shows on these subjects that matter to YOU!

One thought on “Geomagnetic Storms and Their Impacts on the U.S. Power Grid : Pole Shift”