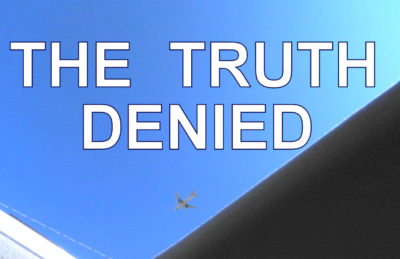 Austin Bennett interviews Dane Wigington on the dangers of Geoengineering Programs and issues many warnings as to what could happen if they continue these programs. At the very least, the discussion is alarming and we are headed for a planetary extinction in the near future. (Austin Bennett is running for CA state senate and has an interest in educating  the public on the dangers of Geoengineering.)

What is the purpose and who is behind this experiment of geoengineering?

“People need to understand this issue: Consider reality what “they” have done to themselves all along. The people who control the central bankers who control global militaries and countries. They will follow orders until the bitter end. According to Wigington, the end result is Omnicide, the total extinction of the human species as a result of human action.”

So the answer? Everyone is behind these programs, and the why is ‘because it’s there job.’

Listen to the interview with Dane Wigington and Austin Bennett :

Bennett also asked about members of government who know about these climate change and geoengineering programs. He mentions CIA John  Brennan. Here was Brennan’s  official release on the matter, referring to SRM programs. SRM Programs are also referred to as Solar Radiation Management.

Mr. Austin Bennett has become vocal on the subject of Geoenigneering of the climate, and posted the following to Facebook  in January 2018

“The pushback I have had regarding chemtrails has been stronger than any other topic I have spoken on. Private messages sent to me are hostile, belligerent and threatening. I have been reported to the FBI and FAA.

The good news is I have been connected to powerful people in the know on this and have reached out to help me. Of course I do not automatically trust anyone who says they want to help, but am careful in who I confide in.

There is nothing I have said I would take back. I have left all my posts up and stand by every word. We have every right to defend ourselves against any act of terrorism, including from jets poisoning our skies.

Because of the vicious opposition and continued threats, I have had to make a difficult decision. Now going forward I will double down on my effort to expose chemtrails. I will make sure all who follow my platform understand there is a nefarious move by our governments against We the People of the world. Yes, that sounds too hard to believe, but true nonetheless.

I shall not tire, lose heart or fail in my endeavor to become elected state senator for District 6. I commit my life to turning the tide for the People of California. Those who deem themselves powerful and above the law are soon to learn there is a God Who sees and judges. Yahweh is sovereign and by His breath every knee must bow.” Running for California State Senate, Austin Bennett

Dane Wigington can be reached at GEOEngineering Watch

Additional information on John Brennan who is not retired: